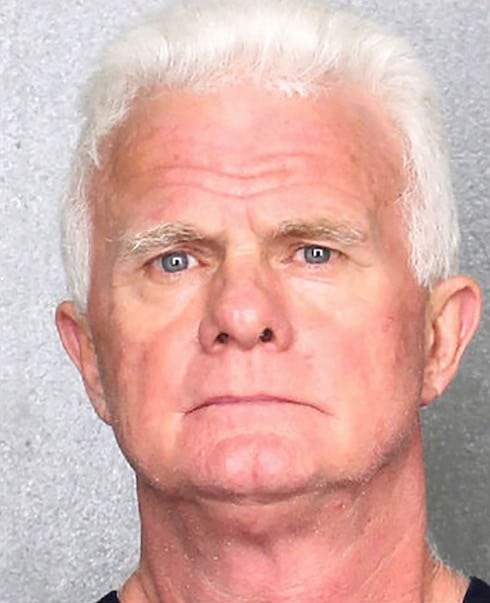 A Florida man’s Big Penis Defense could save him from a life sentence in the choking trial of his deceased girlfriend–but, according to the judge weighing the evidence, there could be one big catch.

Richard Patterson, 65, of Margate FL, rose to viral infamy when his second-degree murder charge went to trial. Patterson is accused of choking his 60-year-old girlfriend, Francisca Marquinez, to death in 2015. His defense–cooked up by mastermind attorney Ken Padowitz–is based around the fact that Patterson allegedly has a great big penis, and that Marquinez’s death came while she was performing oral sex on him.

Though that might sound like something you’d expect to see on a sitcom, presiding Judge Lisa Porter is considering whether to allow Patterson to show his penis to the jury as evidence. (You should feel free to insert your own “hung jury” joke right here.) But the relevant issue, according to assistant state attorney Peter Sapak, is that Patterson’s penis must be erect at the time he presents it, in order for the jury to observe its full effects.

And Sapak brought this issue up with Judge Porter, going deep into the logistical difficulties involved: “Do we do it in the back? Do we do it in open court? How is the defendant going to be erect when the jury views it? Because a flaccid penis, whether it be a picture or the jury actually seeing it, is completely irrelevant. It needs to be erect.”

Padowitz, however, was having none of this argument–which actually seems like a strange tack for him to take, given that his defense has been based around this idea. If his client has the goods, Padowitz should be eager to display them. “[Sapak]’s telling the court, as if he’s a medical expert in his argument, that it matters whether the penis is erect or not,” Padowitz told Judge Porter. “But he’s merely speculating here since he’s never asked that question to Dr. (Ronald) Wright [a former Broward County Medical Examiner who’s been called as an expert witness for the defense] in definition, and he doesn’t, obviously, know, actually, what the expert opinion is what is needed or not needed in order for a human being to choke.”

Padowitz added that he’s already given the prosecution two photographs of Patterson’s penis: one of the penis next to a tape measure, the other “a frontal view of Patterson’s naked body with his penis exposed.”

Padowitz didn’t specify whether or not the penis was erect in those photos.