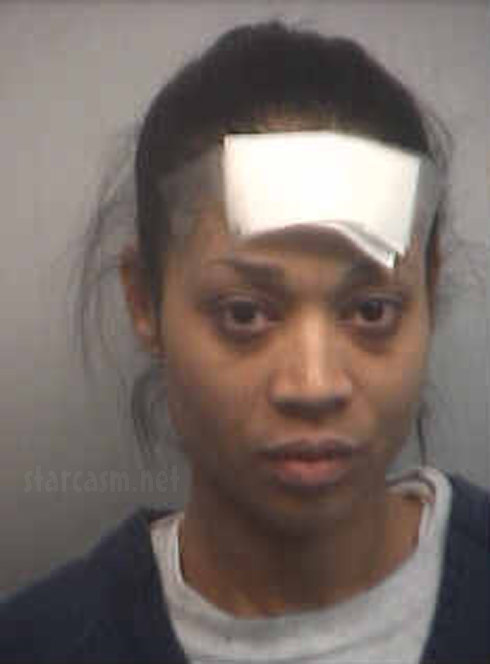 Just three episodes into Love & Hip Hop Atlanta and the drama is already in full gear. Our girl Mimi Faust has been played by baby-daddy Stevie J as he admitted to hooking up with former exotic dancer and aspiring rapper Joseline Hernandez.

In an interview with Egypt Sherrod Mimi talked about how quick the show happened and Stevie hooking up with Joseline. She said:

“Yea it hasn’t been easy. I think when I first agreed to do this show, everything just happened so fast. I didn’t have time to think about it or make any type of plans or preparations. I was told about it from my girlfriend Hannah on a Monday and on Wednesday was chosen to do the show.”

“I would love to keep my family together. But at this point I don’t see that happening so I’m willing to just let this do what it do.”

One bit of advice I might want to pass along to Miss Joseline is that she best mind herself if the above mug shot of Mimi is any indication. The arrest was from 2009 in Fulton County and it was for battery according to records with the Fulton County Sheriff’s Office.

If you’re into old-school photos for the L&HHA ladies – check out K. Michelle (then Kimberly Pate) as part of FAMU’s Royal Court. We’ve also got videos and photos of Karlie Redd eating raw meat and getting covered in maggots from her appearance on Scream Queens!

Mimi summed it up this way in a recent tweet: