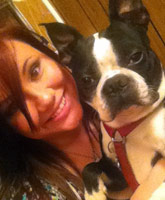 One of our favorite 16 and Pregnant stars of all time is at the center of a huge controversy. No, I'm not talking about Whitney Purvis (who is actually another of our favorites), but her makeup-eating, escape-prone dog Chumpy! Keep reading for the varying accounts of what happened that led up to Chumpy being taken into an animal shelter, before being passed along to placement agency and then adopted -- while Whitney was on vacation!
Read More... 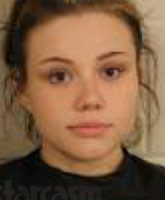