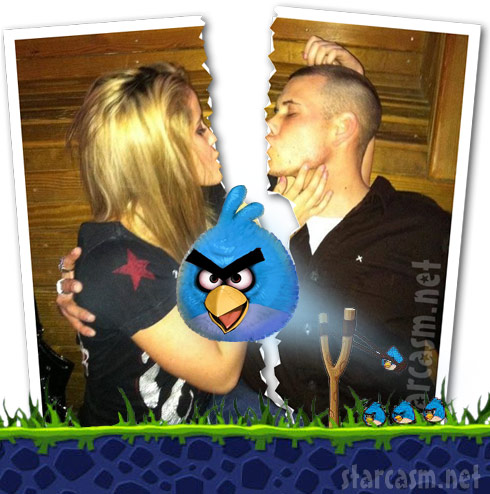 Jenelle Evans and her ex-fiance, Gary Head, have split once again. Although these two often end up back together, it seems as though this break up is for real. After all, it’s been over a week! Plus, Jenelle has even blocked Gary on Twitter. If that doesn’t mean it’s over, we don’t know what does.

But just because the relationship is kaput, that doesn’t mean the fighting has stopped. The two are fighting in a slightly less damaging way, in a ring they are both seasoned champions in — social media. (Hey, at least no one is going to get arrested or strangled with a bed sheet, right?) After their usual “he tweeted, she tweeted” exchanges, Gary took it to a whole new level when he shared this screenshot of a message allegedly from Jenelle’s sister, Ashleigh Evans, claiming that Jenelle had robbed her and left her stranded! 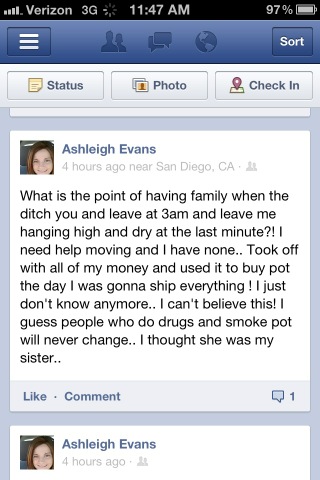 The message reads, “What is the point of having family when the ditch you and leave at 3am and leave me hanging high and dry at the last minute?! I need help moving and I have none.. Took off with all of my money and used it to buy pot the day I was shipping everything! I just don’t know anymore.. I can’t believe this! I guess people who do drugs a smoke pot will never change.. I thought she was my sister..”

But wait — it gets worse! In an attempt to defend herself against her sister’s claims, Jenelle revealed some heartbreaking personal information about Ashleigh. “My sister got beat in the face and I left at 3am from her house becuz her husband was coming home I was scared,” she tweeted along with a graphic picture of her sister’s injuries. (It’s too disturbing to share here – you can click the link to see Jenelle’s orignal tweet with the photo)

Jenelle then added, “My mom gave me $500 cash for the trip and when I heard her husband was going to be around I dipped out.” Wait. So she left her sister to face the guy that brutally beat her, and took the moving money? I’m not sure how that’s all that much better than what Ashleigh claimed initially!

As many of you note below, the photo Jenelle tweeted of Ashleigh looks like it could be makeup, and not a real injruy, and a new Twitter account claiming to be Ashleigh says it is makeup. What do you think?