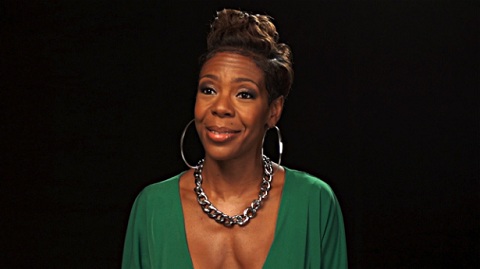 Andrea Kelly is currently starring in VH1’s Hollywood Exes. How did she get the spot? Her marriage to controversial R&B artist R. Kelly. Andrea and Kelly married in 1996 and had three children together. The couple divorced in 2009, adding her to the list of Hollywood exes!

The couple first met when Andrea auditioned to be one of his background dancers. Although they immediately hit it off, Andrea was hesitant to strike up a relationship with him and even told him, “I don’t wanna be your girlfriend, ’cause you got about fifteen hundred of those.” That ultimatum must have worked, because R. Kelly booted the groupies and settled down with Andrea. Their marriage lasted 12 years, but was plagued by fights about their individual career aspirations.

In his new memoir Soula Coaster, R.Kelly admits that during their marriage he felt that Andrea was never on board with putting her dance career on hold to be a stay-at-home mom. In fact, the ongoing career struggle led to many fights, too many to count. Kelly even chucked Andrea’s $50,000 wedding ring into a pond.

Andrea tells a different story, revealing that she was to keep her mouth shut about the marriage and let Kelly have the spotlight, which didn’t sit well with her. “I did the videos, I did the tours, award shows … in between having babies and touring I was still dancing, still right on the same stage, right along with him. I’m right there and people never knew.”  Andrea says she was happy for her husband’s success but felt as though she never got the respect she deserved.

Although their marriage was on the rocks, they remained united during Kelly’s child pornography case. Kelly was accused of making a 27-minute sex tape with a 17-year-old female in which he urinates into her mouth. Although the prosecution worked for nearly 6 years on the case, Kelly’s defense team managed to get him acquitted of all charges on the grounds that the female’s identity was not conclusive.

In 2005, Andrea, filed an emergency protective order against Kelly claiming that he was abusing her. She took it all back a few weeks later.  The couple originally filed for divorce in 2006 but tried to make things work for a few more years.

Kelly later explained to that while watching The Notebook, he realized that his marriage was dead, and there was no bringing it back. The singer even broke down in the theater, leading other movie goers to console him! At that point, he filed for divorce.

Watch Andrea Kelly and the rest of the ladies including Prince’s ex-wife on Hollywood Exes every Wednesday night at 9/8c.

R. Kelly calls brainwashing cult allegations against him ‘a bunch of crap’