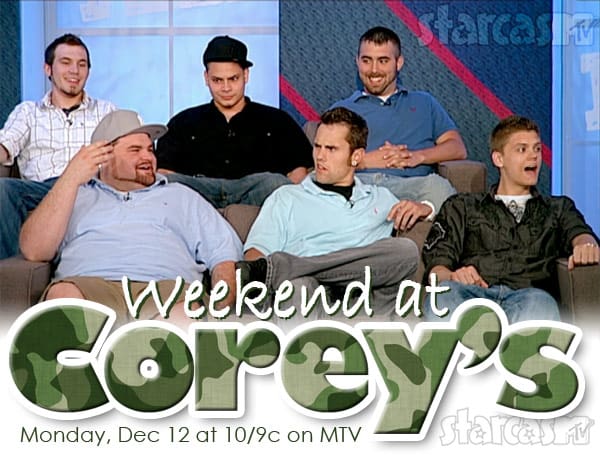 For all of those Teen Mom and Teen Mom 2 fans fed up with the mama drama, MTV is switching things up and giving us an atypical testosteronified Reunion special hosted by Corey Simms at his West Virginia home and featuring Tyler Baltiera, Gary Shirley, Adam Lind, Jo Rivera, and Nathan Griffith!

The special is titled Weekend At Corey’s and will air Monday, December 12 at 10/9c on MTV. We don’t have a preview clip yet, and the only information we have is from the episode description in the TV listings for next week:

Corey is fed up with the traditional sappy Teen Mom specials where the guys sit on the studio couch discussing their feelings with Dr. Drew, so he invites Adam, Gary, Jo, Tyler, and Nathan on a “guys only”, very active adventure

The special was apparently filmed back in June because that’s when Corey shared this photo with the caption “Guys nite!” 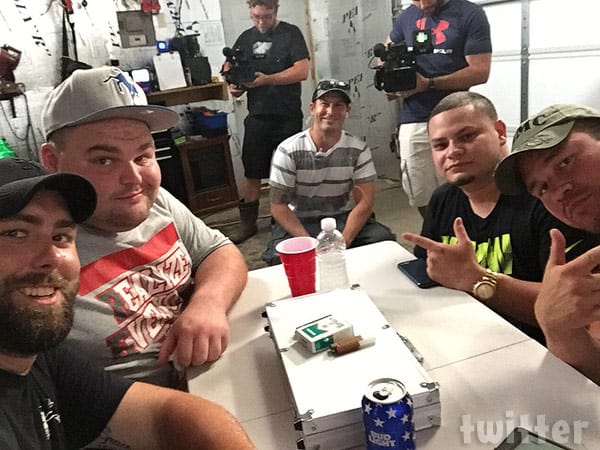 My guess is that there will be a little bit o’ boozin’, some four-wheelin’ and maybe some huntin’ as the fellers laugh about all the drama their exes (and Catelynn) bring to the screen week in and week out.

The male take on the Teen Mom franchise is nothing new for MTV — you might recall their Being Teen Dads special a couple years ago. That special was clips and behind-the-scenes interviews with the dads at their homes edited together much like Teen Mom and Teen Mom 2. Weekend At Corey’s is different because the dads will actually be together. 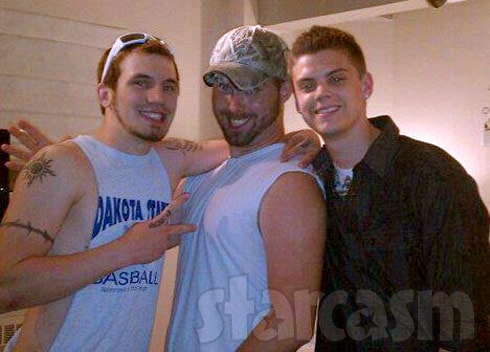 So what do you think? Are you excited to see the fellers gettin’ buckwild together? I know I am! Although I think I might have preferred a slightly different cast that included Jeremy Calvert and Cole DeBoer (he’s a dad-to-be now!) And if the show is a success, perhaps they could do another Weekend At Corey’s with the grandads, including Jeff Simms, Dr. Randy Houska, Michael Abraham, Ryan’s dad Larry Edwards, and Butch Baltierra! CAN YOU IMAGINE?!

Oooooo…MTV could also do a Weekend At Chelsea’s with the moms and/or the grandmas! Babs needs a vacation y’all! (I would also enjoy a Weekend At Farrah’s special, but something tells me that the guests would not enjoy that as much — especially having to use the porta potty.)