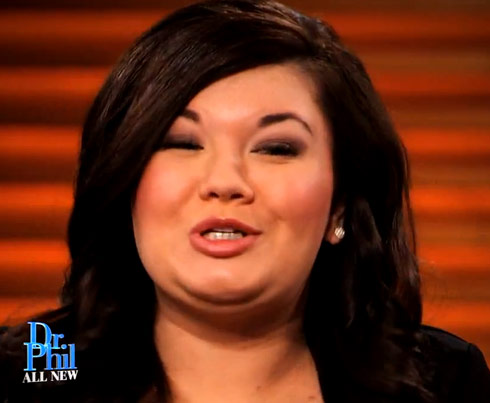 The show released a brief preview clip in which Amber talks about being high the entire time she was on the MTV show that made her famous. Via Dr. Phil’s official website:

“Why did she choose prison over rehab — and potentially sacrifice years with her now 5-year-old daughter, Leah? And, now that she’s out of prison, can she stay clean? Plus, Amber speaks out about her struggles with anger, including domestic violence charges in 2010 involving Leah’s father, her on-again, off-again boyfriend, Gary. What is their relationship like now? And, what’s their plan for raising their daughter? Plus, hear more about what’s next for Amber.”

In the teaser Amber tells Dr. Phil, “This is actually my first time on stage sober, so I’m really nervous.” She added, “Every time you see me on that show [Teen Mom] I am high.”

When Dr. Phil asks Amber about her suicide attempt and if she really wanted to die she replies, “I didn’t care.”