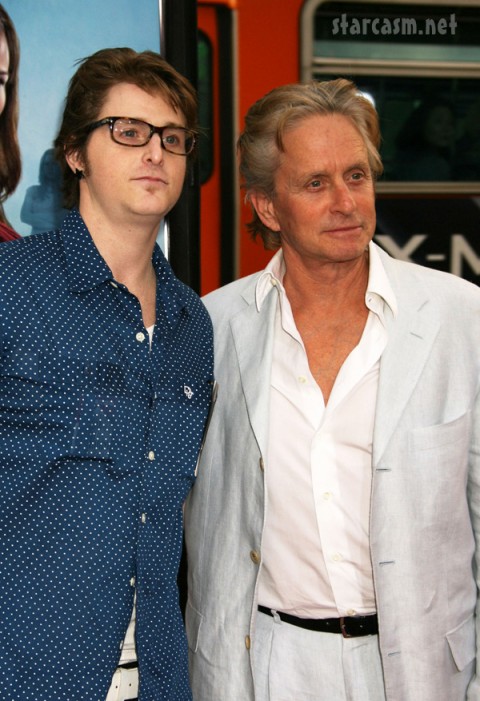 Michael Douglas’ “actor” son has found himself in a bit o’ trouble after an undercover DEA investigation. TMZ reported that Cameron Douglas, 30, was arrested the morning of Aug. 3, while the New York Post claims he’s been in custody since July 28. All we know for sure is that homeboy’s goose is cooked.

Both RadarOnline and the Post say that the DEA has been trailing him for a while, and that an agent ordered around $18,000 – $20,000 worth of meth from Cameron after finding him strung out in the Gansevoort Hotel in New York. It turns out that ol’ Cam has hotel setups like this in both Miami and L.A. as well, and called a connection in L.A. to fill the order. The package was tracked by the government, and we don’t know if Cameron ever got his hands on the stuff. Radar’s source says that boy was in quite a state, possibly one to rival Methy Mischa, but was still able to get the ball rolling on scoring a great deal of the Stove-Top Super Ice.

Cameron Douglas is no virgin to drug busts and jail time, he was arrested in 2007 after police found syringes of liquid cocaine in his car. WTF? Who uses liquid cocaine? I’ve obviously got to get out more. Here’s his mug from that little bust-up: 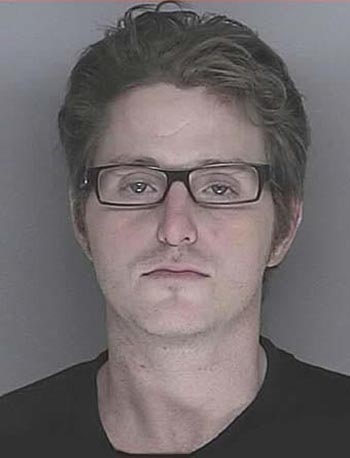 Cameron’s acting career certainly hasn’t been as stellar as his father and grandfather, with his most notable film being All in the Family (2003), which also starred his more famous relatives. Other than that Cameron starred as Adam in 2005’s Adam and Eve, a movie than flew swiftly under the radar. Most recently he’s been a part of a movie that’s currently in post-production The Beautiful Outsiders which has Shannon Doherty and Corey Feldman in lead roles.

UPDATE – Starcasm investigators uncovered this unpleasant photo which would suggest that Cameron not only has a problem with meth, but also crack. (Butt also crack?) Click to zoom in – if you dare! 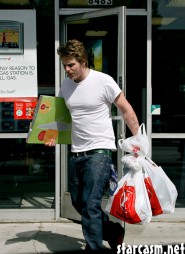 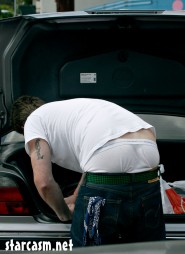 Wow – he doesn’t have much junk in the trunk, but he does! Apparently his drug issues are the least of his worries – I’m guessing the cost of that much stuff from Radio Shack would be in the same dollar range as Michael Douglas gets for a movie! There could be 20 adapters in there! That would be over $14 million for just those, not even counting the flat screen television bracket/meth lab table! Oh, and did anyone else pick up on the bandaid? That was either a REALLY bad nurse trying to take blood or else Cameron needs to put his ridiculous glasses back on. 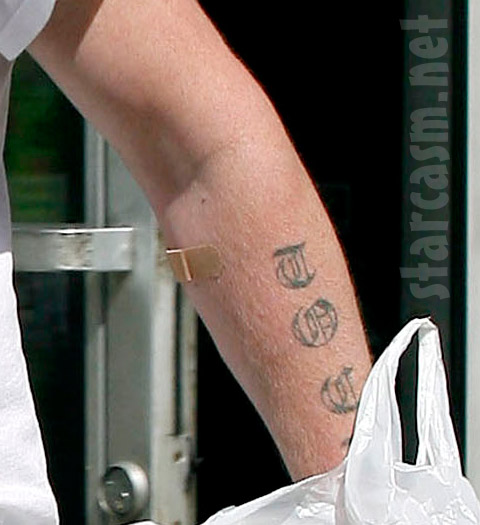 ANOTHER UPDATE! – While under house arrest Cameron had his girlfriend Kelly Sott sneak him some heroin and she got caught. CLICK HERE to read the crazy details about their choice of drug mule.