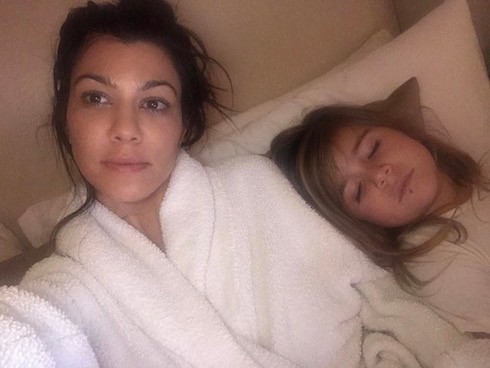 News of an alleged Kourtney Kardashian drug addiction is rocking the KUWTK-centered corner of the internet, but not for the reason you might think. Allegations about the Kardashians are as common as could be–but it seems that in this case the source of the rumor is none other than Kourtney’s estranged partner Scott Disick. The pair have been tangled up in an increasingly nasty custody battle over their three children ever since Kourtney booted Scott off the Kardashian family trip to Costa Rica upon discovering that he’d shuttled a 20-year-old model down to keep him company.

So it seems he’s striking back on the PR front, with a well-placed article in friendly publication Life & Style. The report claims that Kourtney “is a drug addict who nearly overdosed and who has been sleeping around a lot of late,” which, if you’ve been keeping track, are all things rumored to be true of Scott Disick.

Kourtney and Scott are said to have “had it out” following her announcement that she’s seeking full disclosure of their children. His response, according to an anonymous source, was “There is no way in hell that [I] would allow that to happen.” He reportedly added “that she was a drunk too, and the only difference between them is that she hides it well.”

News that Scott is freshly furious with Kourtney surfaced last week, thanks to reports that she and Justin Bieber have taken up banging Beverly Hills-style once more. In response, Scott threatened to pen a “tell-all” about the entire Kardashian family, something that only Tyga has ever attempted before.