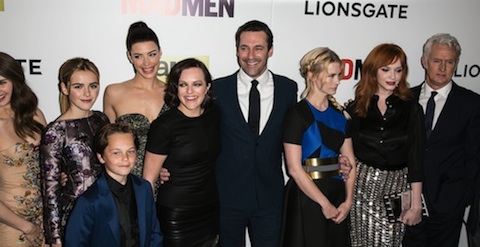 The final episodes of Mad Men are already shot, edited, and ready to air, and now we know when we’ll get to see them: AMC has announced that Sunday, April 5th will be the premiere for the second half of season seven. And, since we know that there are seven episodes left for the show, we can also say that Sunday, May 17 will be the date the final episode airs. We don’t have any episode titles yet, or any plot information, because that’s how Matthew Weiner rolls: his ship is watertight like a dolphin’s butt. But the cast did reunite at the Television Critics Association’s annual winter gala this week, and spoke about the show for what will be one of the last times. While they didn’t let any major spoilers slip, they did share some interesting insights about the final episodes. 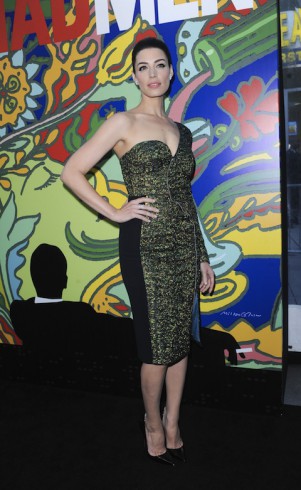 Creator Matt Weiner assured Mad Men fans that he isn’t trying to piss them off with a weird or deliberately misleading final arc:

I’m trying to delight them and confound them, and not frustrate and irritate them. I don’t want them to walk away angry….[But] I don’t want to pander to them….Sometimes, people have to be protected from what they want to see happen. You can’t just give them everything they want.

There’s been a lot of speculation about what will happen to Don–specifically, whether or not he’ll take a plunge out of his office window or jump off the top of the building, á la the silhouetted figure in the show’s opening credits. When asked about that, Weiner responded, “Part of entertainment can be catharsis. Bad things happening are considered a good experience in entertainment.”

The actors’ responses to the final episodes were, perhaps predictably, ranged from satisfaction to delight. A sampling:

January Jones: “It’s a beautiful story. It’s perfect, in a way. I read it over and over again.”

Elisabeth Moss: “”I was definitely surprised in the best way.”

Christina Hendricks: “I thought, ‘You know what? That makes sense.’ I was very, very pleased.”

And Vincent Karthiser, that dodgy Pete-playing rapscallion: “I wasn’t surprised at all. I really don’t remember if I was surprised. What was the question again?” 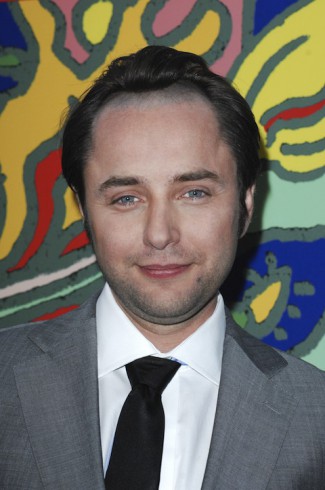 Two other items of note: Jon Hamm, hamming it up as always, suggested a Breaking Bad-style spinoff for Mad Men, entitled Better Call Pete. And Elisabeth Moss, when asked if she could sum up the theme of the final seven, responded with “People do change, but in a lot of ways, they don’t, unfortunately.”

Doom and gloom? Sunshine and puppies? What do you expect from the end of Mad Men?