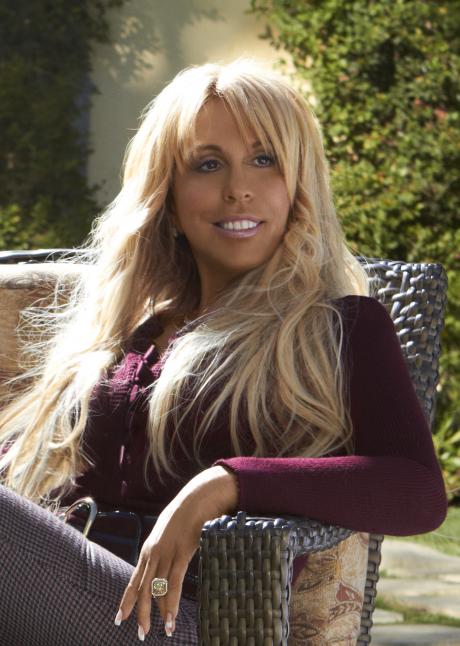 Quick Quiz. Who owns more companies than any other woman in America, has more attitude (and shoes) than all the Housewives of Orange County, New York, Miami, Atlanta, and New Jersey put together, is descended from a long line of Kabbalistic scholars, and will have her own show on the Sundance Channel this fall? Don’t know? Neither do most Americans, and that is something that Lynn Tilton is determined to change.

Let’s leave aside for the moment that Lynn Tilton socializes with Silvio Berlusconi or that she gave Tony Blair advice about the British economy. Let’s focus on the fact that she owns 74 mid-sized companies, ranging in focus from the Rand McNally to Old Town Fuel and Fiber to Mobile Armored Vehicles. Let’s linger for a moment on her teachers: a group of Mexican gardeners in Boca Raton who introduced her to Carlos Castaneda’s The Teachings of Don Juan, taught her to control her dreams, and showed her how to discern clearly between darkness and light. Let’s muse on how the daughter of a public school teacher managed to retire with $10 million in the bank and then unretired to change the world.

When Diva of Distressed premiers on the Sundance Channel, the first things viewers will see are Tilton’s hair, her legs, her cleavage. The first things they’ll think about are her money and her power. How could anyone miss these things, when Tilton, in her skin-tight clothing, stiletto heels, and waist-length platinum blonde hair gets off her private jet, swishes across the screen, and gives pep talks to men in jeans and hard hats? But, what Tilton wants us to remember is this: a country without manufacturing will not have a strong economy. Unless we are “makers of things,” the American moment in history will be fading fast. Her mission, should other gazillionaires choose to accept it with her, is to save America’s industrial economic base one “Old Town Fuel and Fiber” at a time.

If you think you’ve heard the phrase “makers of things” somewhere before, it is because President Obama used it in a major speech about the U.S. economy. Tilton didn’t lift the phrase from the President, though; she says he (or his speech writers) lifted it from her. In fact, she claims that the $30 million TARP program was her idea, except that the government screwed it all up. The loans were supposed to be in private hands, not public, and that would have made all the difference.

So, how does a billionaire ensure that her message gets out loud, clear, and unmangled by the political process? She stars in a reality show, of course! In Diva of Distressed, we will have a chance to see Lynn Tilton at work buying distressed companies, turning them around in fairy tale fashion, and inspiring others to invest in American industry.

How much is One Direction worth?