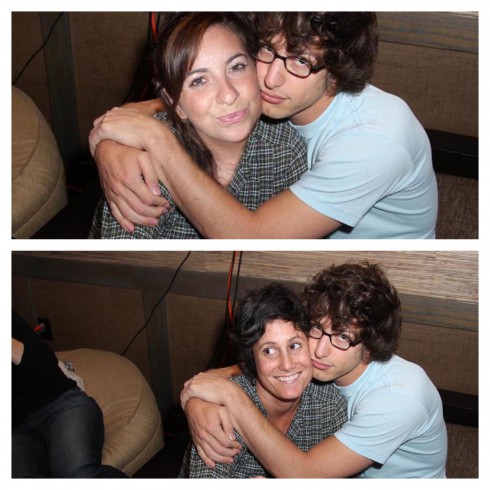 Apparently, being a Photoshop wiz can land you in the upper echelons of Silicon Valley — just not by following the path you might imagine. That was the case with Shirley Hornstein, a young woman who climbed her way onto a top-40 list of the most influential women investing in technology in Silicon Valley by doing little more than dropping names and digitally altering photos.

On her Twitter account, Hornstein describes herself as a “(dare I say) Entrepreneur.” In reality she’s a master at using Photoshop to insert herself into situations she never was with people she never met, which was the case with the picture above with Andy Samberg.

In this digital age, all she really had to do to convince people in Silicon Valley that she was someone, was post the pictures to a social networking site. But, Hornstein took the charade to the next level by claiming to work with influential tech companies, such as iMeem, Nitro PDF, Dropbox and Founders Fund. Because of her supposedly influential connections, Hornstein was eventually introduced to higher-ups in Silicon Valley.

Based on the fact that she eventually made a name for herself in the tech world, Hornstein’s act seemed to fool most people. However, one person commented on Hacker News that she was wary of Hornstein’s claims.

“Every time we hung-out, she would tell elaborate stories of meeting so and so, or being friends with Sean Parker, or Justin Timberlake,” the anonymous commenter wrote. “Almost immediately, the first time I meet her, I was super skeptical; always felt like something was really off with her.” 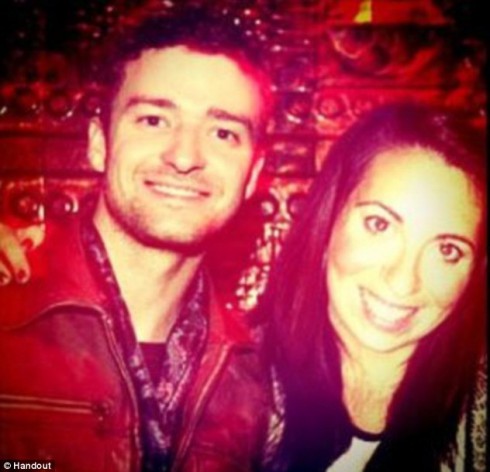 The bigger the web of lies became, the harder it became for Hornstein to cover her tracks. The jig was finally up when Founders Fund learned of Hornstein’s claim to have been employed and responded with legal action.

According to the legal filing from Founders Fund:

Beginning no later than July of 2011. Ms. Hornstein engaged in a pattern of conduct, which includes making false and misleading written and oral representations, designed to deceive potential business partners and employers into believing that she had prior and/or ongoing business and employment connections to Founders Fund and its partners.

In fact, Ms. Hornstein is not now, nor has she ever been, an employee or business partner of Founders Fund or any Founders Fund Partner or executive.

Since she was unveiled last summer, Hornstein claims to have lost her job and her friends. Months after the news came to light, she wrote on her blog last week, saying that she was devastated — but not surprised — by the way things played out.

“Deep down I knew this would happen eventually because you can’t build your life based on lies, but what did I do to stop it? I told more lies, created more elaborate stories, abused trust that been given to me and pretended that everything was going to be okay.”

Viral video: Guy recovering from surgery shocked to find out the most beautiful woman he’s ever seen is his wife (is it a hoax?)