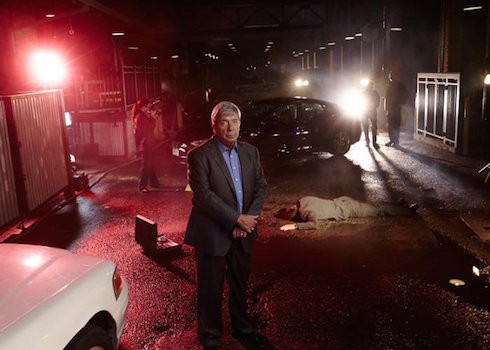 Homicide Hunter‘s Joe Kenda is as unassuming and matter-of-fact in real life as he is on television. The Investigation Discovery mainstay was long retired from the Colorado Springs Police Department when reality TV producers came knocking on his door, and uninterested in any attention from the outside world. In fact, while fans may sometimes wonder “Are Joe Kenda’s stories true?”, it’s clear from Kenda’s demeanor that the relevant question to ask is “How true are his stories?”

Homicide Hunter producers got a taste of Kenda’s respect for his life’s work when they first sat down to film him–and presented Kenda with a script. “I’m not an actor,” he told them. “I’m a policeman. If you want me to tell you about this case, I will. If you want me to read that, get somebody else.” Before all efforts were called off, Kenda then suggested the producers at least give his way a try. “If you don’t like what you see,” he said to them, “I’ll read your script.”

The show is now legendary for the ease with which Kenda recalls the details of each case. “I have an absolutely perfect memory,” he said, in an interview with Pittsburgh Post-Gazette. Kenda acknowledged that he does “still look over the cases” before sitting down in front of a camera, but added that the refresher usually isn’t necessary: “When you do this for a living it burns into your brain. It’s like it all happened this morning. It’s very intense work.”

Joe is also open about the show’s editing process, acknowledging that it does happen (as is the case with all shows). “When they film me,” he explained in a recent interview, “they cut it, of course, to [get] things they like that I said, or whatever. But there is no script. I say whatever comes to mind to tell the story.”

Indeed, the combination of script-free speech that producers grant him and a fidelity to the specifics of each case means that it’s fair to say Homicide Hunter deals in facts and reality to a higher degree than almost any other reality show.

“I remember [the cases] as if they happened this morning,” Kenda went on. “And if you did this work you’d remember them as well. It burns into your brain like a laser–this is serious business. And you don’t forget, even if you want to. My memory is a river of death, with victims floating my, saying hello to me. It’s the way it is. It is the nature of the business. So I’m able to recall those events as if they happened a minute ago, with total clarity.”

One other thing that’s clear is Joe is still bothered by the cases he didn’t solve. That might not sound like an unusual fact for a homicide detective, but, as Homicide Hunter devoteés will recall, Lieutenant Kenda managed to solve a whopping 92% of the cases that came across his desk. “I was involved in 387 homicide investigations,” Kenda told Diablo Mag. “I solved 92% of them. So, you can say I’m the guy who did a good job on those 92%, or the idiot who couldn’t figure out the 8%.”

For those of you keeping score at home, that means Kenda solved a whopping 356 murders in a career spanning three decases. That’s good news for the health and safety of Colorado Springs–and it’s also good for Homicide Hunter‘s fans. Through its six seasons, the show has aired a total of 82 episodes, meaning that there are 274 successful cases left to film. (Along with, intriguingly, 31 unsuccessful ones.) At the show’s current pace, 274 episodes would make for another 14 seasons.

The biggest question might be whether Kenda himself is up for revisiting so many gruesome details. But he has declared in at least one interview that the primary reason he does the show is the sense of catharsis it brings. “You know, my real motivation to do the show is that finally being able to talk about these cases is therapeutic for me,” he said. “I’ve never been able to talk to anyone about any of this sh!t. Not my wife, not anyone. It’s just ugly business. You don’t come home at night and say, ‘Honey, guess what I saw at work today!'”