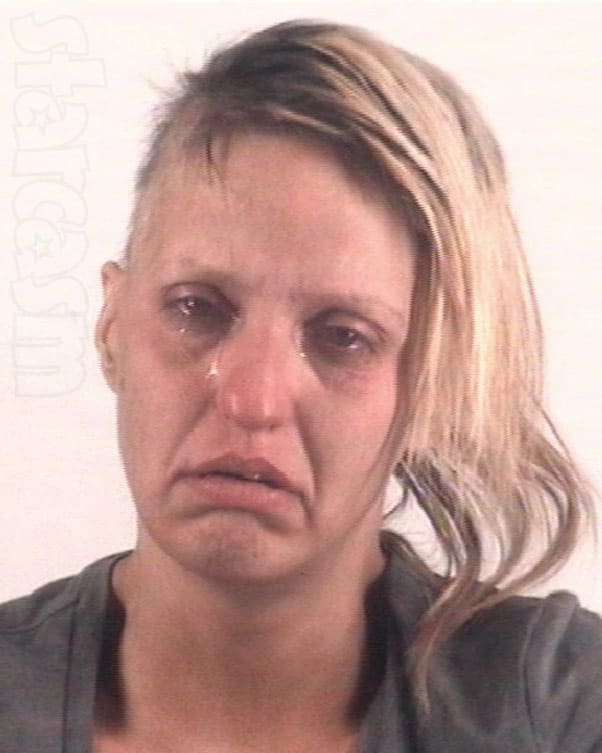 We have some very unfortunate news to report for fans of Love After Lockup: Life After Lockup star Tracie Wagaman as she was arrested this week in Texas and charged with felony drug possession.

Tracie was arrested by Bedford Police in Tarrant County, Texas on Tuesday, August 6. The 39-year-old reality star has been charged with possession of a controlled substance and her bond has been set at $5,000. She posed for her newest mug shot photo (above) looking very distraught and disheveled, with the side of her head shaved.

Online records do not indicate whether the charge was a felony, but Texas attorney Martin Ben Zimmerman answers a question about the same “POSS CONT SUB 4-200G-PG1” charge on Avvo:

The POCS PG1 4g-200g is shorthand for a Possession of Controlled Substance charge.

[She] is being charged with possessing a drug that is listed on the Penalty Group 1 table of the Texas Controlled Substances Act (typically cocaine or methamphetamines), in an amount between 4 grams to 200 grams. This felony level offense is classified as a 2nd degree felony under the laws of the State of Texas. This means the statutory range of punishment is confinement in the Texas Department of Criminal Justice – Institutional Division (prison) for a minimum of 2 years to a maximum of 20 years. Plus a fine of up to $10,000.00…

…The really bad news though, is that you indicated that [she] has a prior felony conviction. If that is the case, under the Texas version of the “three strikes law” the punishment classification for any new criminal offenses can be increased by 1 level. That means that the 2nd degree felony POCS PG1 4g-200g case could be bumped up to a 1st degree felony offense, which has a statutory punishment range of between 5 years to 99 years or life of confinement in prison plus a fine of up to $10,000.00.

This is a very serious matter and needs to be treated as such.

Tracie definitely has a prior felony conviction(s), so it sounds like she is in a whole lot of trouble.

Tracie and Clint had been silent on social media over the past few days, and now it seems obvious why. It’s unclear if Clint was with Tracie in Texas, .

UPDATE – Clint Brady was with Tracie when she was arrested, and he was arrested on a separate drug charge! Click the link for his mug shot and details!

Tracie recently appeared on a podcast and seemed to be doing great.

I will admit that Tracie had really won me over, and I was genuinely pulling for her. I’m genuinely saddened by this news, and I do not look forward to how ruthless the internet is going to be about it.

We will continue to monitor the story and update when we have more information.