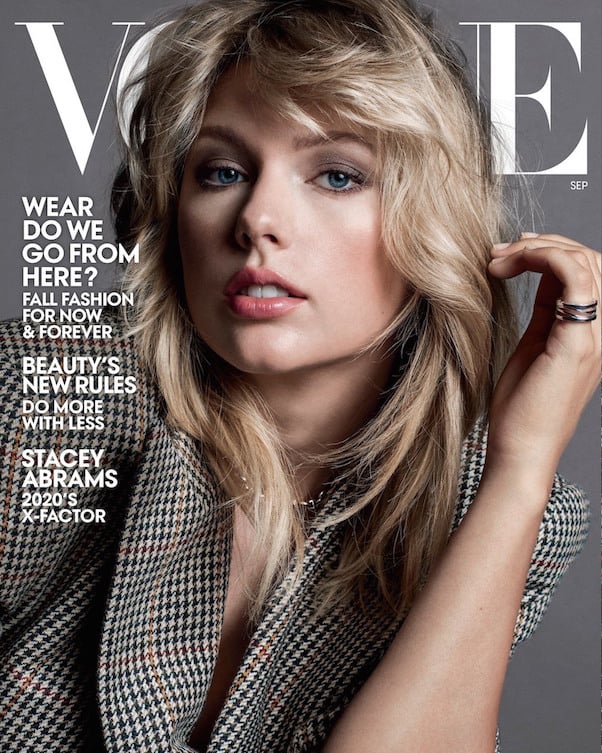 CELEBITCHY – Taylor Swift’s Vogue cover story actually contains several interesting revelations — among them her perspective on the Kimye debacle, Katy Perry, and why she declined to endorse Hillary Clinton in the 2016 election

JEZEBEL – Writer Rachel Monroe’s new book Savage Appetites is about “the complicated reasons women love true crime.” Given the absolute glut of TC programming out there right now and the fact that women represent an overwhelming majority of its audience, it’s not hard to see why this book is, objectively, compelling as hell

THE BLEMISH – This DIY vagina laser is intended for hair removal, but it sounds more like an excellent means by which a struggling supermodel would accidentally gain superpowers in a comic book movie about female empowerment

THE BLAST – I don’t know why I can never remember that Christina Antstead is pregnant with her first child by her new husband, but evidently she’s about four weeks away from giving birth

GO FUG YOURSELF – “It’s imperfect, but so are all things” is not the highest bar to set for the BH90210 re-reboot, but if you were into the show during either of its first two runs you were probably always going to watch the 2019 version anyway

DLISTED – Wayne Newton’s pet monkey allegedly attacked a tourist visiting Casa de Shenandoah, Newton’s former Las Vegas home, which is now a museum. The only part of that sentence and indeed this story that makes sense at all is the phrase “monkey attack”

LAINEY GOSSIP – The Sixth Sense is now twenty years old; in addition to being an enduring cultural touchstone, it’s also responsible for starting or accelerating the pace of some of the biggest trends in modern blockbuster-making. Here’s how