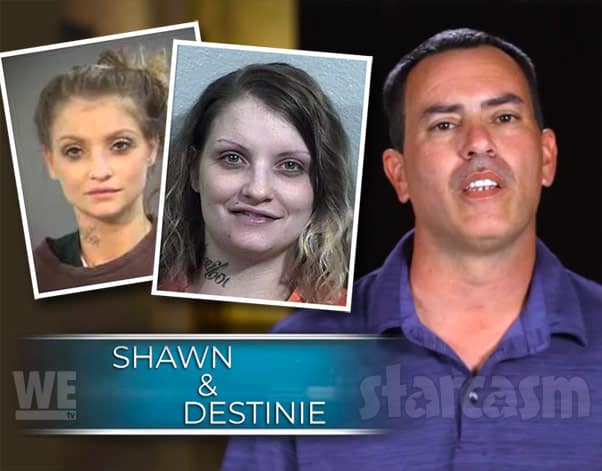 As viewers of Love After Lockup are well aware, dating an inmate has its fair share of risks. One of the biggest question marks is how the relationship will change once the convicted partner is finally released from prison. For new cast member Shawn, the risk is potentially much greater because he’s never actually met his incarcerated significant other Destinie in person!

In the premiere episode, Shawn’s co-worker Hector shakes his damn head as he openly questions whether or not Shawn is actually dating the “hot” Destinie in the photos that she sent him, or if she’s catfishing him. Shawn remains convinced that Destinie is who she says she is, and that she will be able to change her past ways and be a good wife and stepmother to his six children.

“The reason Destinie and I never met is because she said she gained a little bit of weight and she didn’t want to see her like that,” Shawn explains. “I think that’s one thing I’m nervous most about, is that she doesn’t look like what she looks like,” he adds.

Hector asks if Shawn sends Destinie money, and he admits to sending her thousands of dollars.

Hector then shares his honest thoughts with producers. “There could be a possibility that Destinie is catfishing Shawn,” he says. “[Shawn] just trusts people right off the bat. Instead of having it where [you have to earn his trust], Shawn just gives you trust, and that’s just the way he is. So, this guy’s gonna die,” Hector says as he chuckles. “He’s gonna get robbed, or he’s gonna die.”

The editing of Shawn’s story really plays up the potential catfish story line as he prepares to meet Destinie for the first time upon her release. So…

IS SHAWN BEING CATFISHED BY DESTINIE?

I do not have a smoking gun answer for you, but all the evidence suggests that Shawn IS NOT being catfished and that it is actually Destinie that he has been speaking with. Here are three arguments to support that:

1. WE tv uses Destinie’s actual photos on the show, both her mug shot and personal photos. They would have to get her permission to use those, so if it was a catfish, then Destinie would have had to have either been in on it, or at least allowed her name and photos to be used.

2. Shawn goes to a bail bondsmen about Destinie’s $50,000 bond just before her release. The bail bondsmen looks her up by her name and confirms the bail amount and her pending release date. (I’ve thoroughly researched Destinie, and that is definitely the name of the woman in the photos that are shown on screen.)

3. There are scenes in the preview trailer in which Destinie can be seen assaulting Shawn during an argument. The scenes are a bit blurry, but you can tell that the woman attacking Shawn has the same tattoos as the real Destinie. Here is a photo highlighting the similarities: 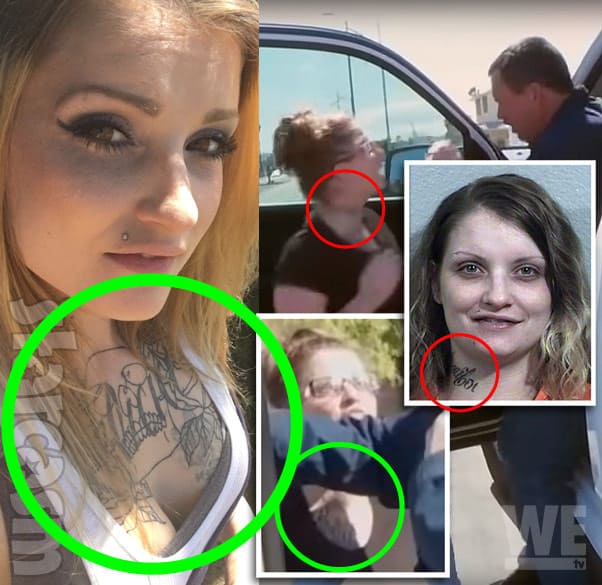 The evidence does still leave the door open for a catfish situation, but it would have to be a bit of an odd one. There would need to be a woman who knew Destinie — or at least knew Destinie’s information as far as her bond and release date — that was speaking with Shawn and pretending to be Destinie. Perhaps it was a bunkie, or maybe even someone Destinie knew on the outside? I’m not really sure how someone would fake a collect call from a prison, though?

That kind of scheme might sound far-fetched, but after looking through Destinie’s criminal record (which includes identity theft, forgery, escape, and more), running some sort of catfish scam with a gal pal in hopes of reeling in funds is certainly conceivable. It just seems like a lot of unnecessary extra work and complications for no obvious reason.

To find out exactly how Shawn and Destinie’s first meeting goes, be sure to tune in to new episodes of Love After Lockup airing Friday nights at 9/8c on WE tv!