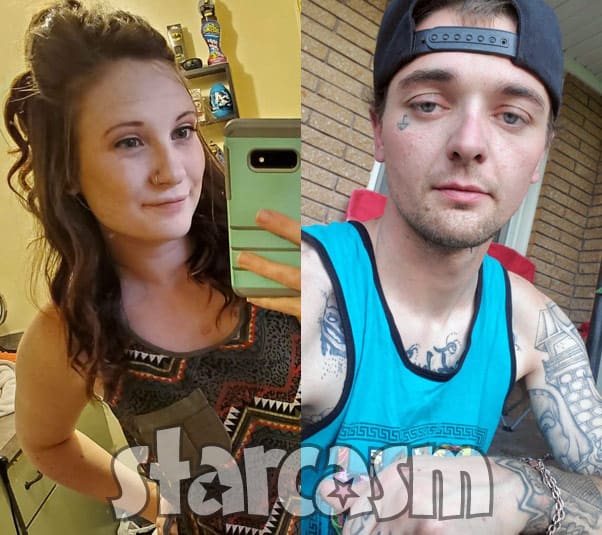 We’re wrapping up our spoiler posts for couples on the current season of Love After Lockup with Lizzy and Daniel. Were these two Idahoan youngsters able to overcome the numerous obstacles in their path and find true happiness in a long-lasting, post-incarceration relationship?

ARE LIZZY AND DANIEL STILL TOGETHER?

Alas, it appears as though there are no more laundry room lingerie hookups for these two. According to both of their social media accounts, Lizzy and Daniel called it quits by splitting up months ago.

Idaho prison records state Daniel was released in January. The first indication that I could find that Lizzy and Daniel broke up was a selfie she posted on May 23. “If you can’t see the value of having me by your side, I won’t convince you,” Lizzy captioned the image. She added an emoji of a hand giving a peace sign as well as the hash tags #wastedmytime and #hewasntworthit.

On July 12 she posted another selfie on Facebook and wrote: “You coulda had a bad b*tch. ??”

Here is a timeline of more Lizzy selfie captions from June and July:

JUNE 2 – Never get so comfortable in your pain that you forget happiness is still an option. ?? #beerfest2019

JUNE 4 – Sunsets are proof that endings can be beautiful too. ❤ #workselfie #imreadyforbed 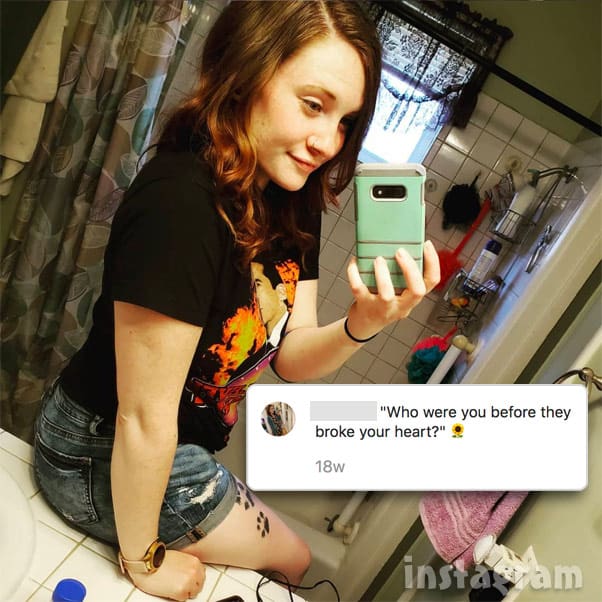 JUNE 19 – Rock bottom will teach you lessons that mountain tops never could. ✌

JULY 2 – You deserve the love you keep trying to give everyone else. ❤ #babygirlsawitfirst

The break up smoking gun comes via Daniel, who was clearly dating another woman in August. Here’s a photo of the two of them on a romantic trip to a local Idaho waterfall from her Facebook page: 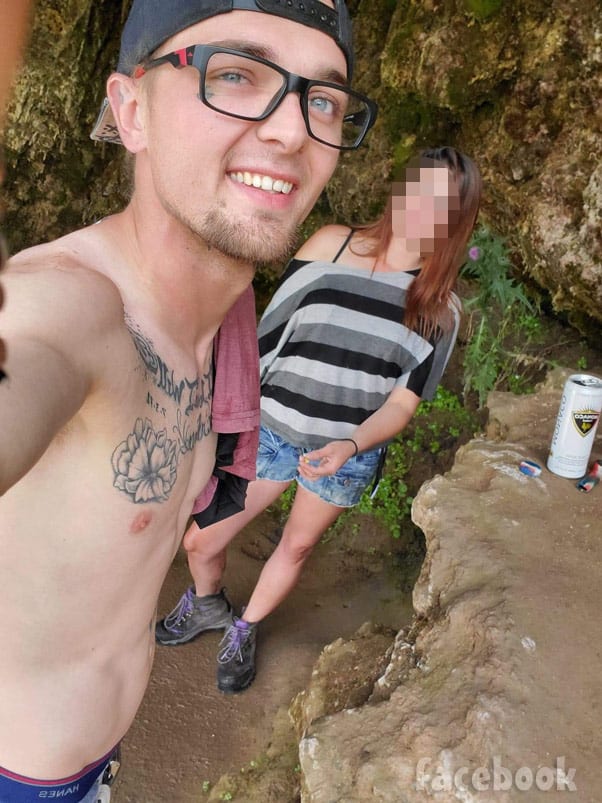 Daniel wanted to be more open about his new relationship, but apparently Love After Lockup producers wouldn’t allow it. He changed his profile photo to one of himself kissing his new lady in August. He later changed it again and revealed that producers had yelled at him.

Daniel iterated his frustration in September. “Honestly stupid I have to hide my relationship status do [sic] to media sh*t,” he shared in a Facebook status update. “Fu**ing over it. ??”

Unfortunately, it seems that Daniel and his waterfall filly didn’t work out either. The two were broken up by the end of September.

Daniel seems to have taken the break up pretty hard judging from his posts the week after the breakup. However, he may have rebounded quickly because he defied producers by changing his Facebook status on October 6 to indicate that he is currently in a new relationship with a girl named Nikki! Nikki looks to be from Missouri, so I’m not sure if this is an actual relationship, or just Daniel trolling.

Looking through their Twitter timelines, it appears that Nikki pitched quite a bit of woo at Daniel and struck up a Twitter friendship. What’s really strange is that Daniel tweeted and deleted something about needing a woman, and Nicki replied with some rather harsh claims.

“He can’t keep a women, he plays too much,” Nikki wrote. “He won’t ever get a women. He had one till she found out what kind of a dude he is.” That tweet was immediately followed by another: “He’s going to be a lonely ass loser all his life by how he treats women! If a girl gets with him she’s no women just a girl that’s all he dates is girls. Plus the drugs don’t stop I have proof!” Her tweets were on the same day that Daniel changed his Facebook relationship status, so he could just be trolling her and us.

Meanwhile, Lizzie was over on Twitter paying attention. “There’s this person I know who has bounced through more relationships in the last 5 months than I have in the last 5 years,” she tweeted on September 29. “Fu**ing wack. ?” After that, it got a little harder for her to pay attention. “I wish I could give spoilers so y’all could laugh with me at the fact Daniel blocked me on Twitter,” she tweeted a few days later.

BOTH LIZZIE AND DANIEL ARE DOING WELL

On a positive note, it seems that both Lizzie and Daniel are doing relatively well. Daniel has a full-time job at a lube place and looks to be considering a move out of state to pursue other career opportunities. He claims to still be sober, and is even trying to quit smoking.

When asked on October 4 whether he had avoided using drugs since being released from prison, Daniel tweeted: “Yes. I’ve been clean for 9 months on street … in prison it was 3 and a half years. No relapse. Going strong 🙂 ”

Lizzie is still working at a convenience store. She looks to be turning her focus to physical fitness. She shared the following gym selfie and tweet on October 2: 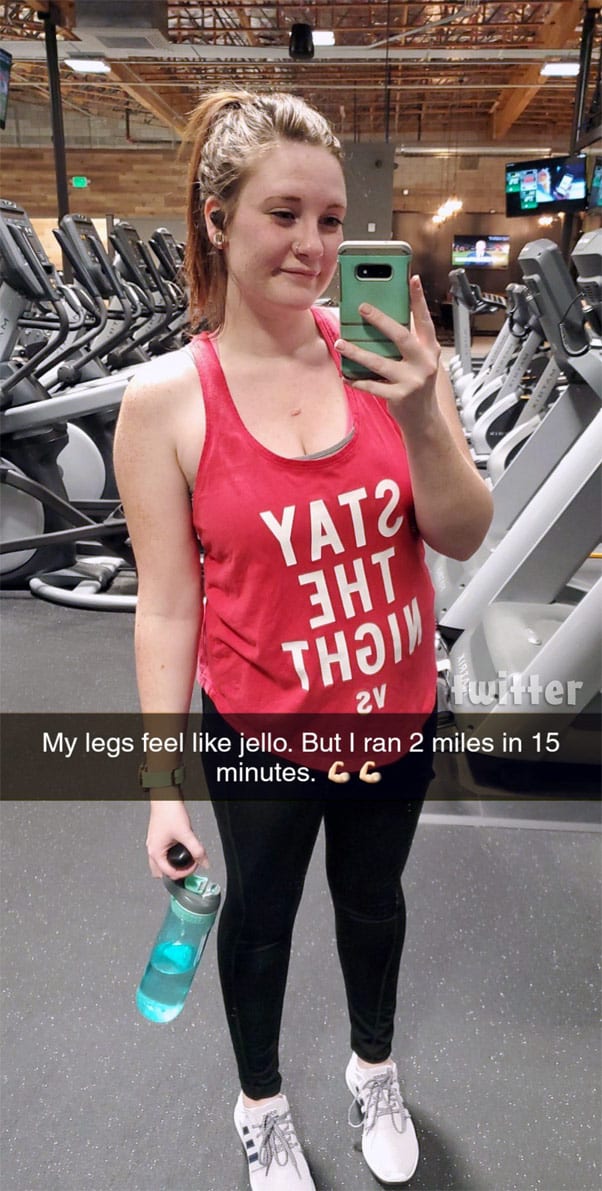 Haven’t had a cigarette since Father’s Day. Been training for a 7 minute mile for almost 3 months (how fast I ran in high school). Tonight, I finally made it happen. 2 miles in 15 minutes. Man do my lungs hurt.

Two days later, Lizze added: “Running is the only thing that keeps my mind off of how unfair this year has been. ✌?✌?”

To see how Lizzy and Daniel’s ill-fated romance unfolded, be sure to tune in for new episodes of Love After Lockup airing Friday nights at 9/8c on WE tv!

Here are more Love After Lockup spoilers for the current couples from the Starcasm archives:

Are Glorietta and Alexander still together?

Is Angela’s fiance Tony back in prison, on the run, or back out? Are they still together?

Lacey spoilers – Did she choose John or Shane? Or neither?

SPOILERS Did Stevie J and Promise B Mae have a child together? New LHHATL clip leaks