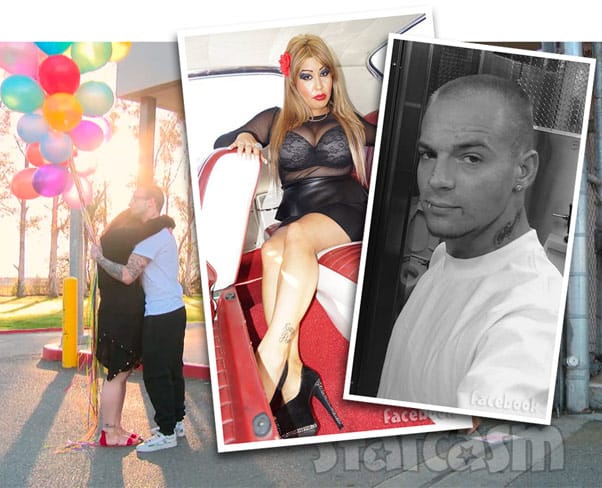 Love After Lockup fans had to wait six episodes before meeting Glorietta and Alexander. Glorietta is a 34-year-old former low rider truck show model, and Alexander is her 28-year-old songbird jailbird fiance. The two met via Glorietta’s cousin, who was incarcerated with Alexander. They began talking on the phone and immediately hit it off. Alexander would eventually get down on one knee — behind prison glass — and propose. Glorietta, of course, accepted.

Love After Lockup is full of seemingly unlikely pairings, but Glorietta and Alexander are definitely two of the unlikeliest! So, did these two “stir” crossed lovers find a happily ever after? Or did Glorietta waste $472 dollars worth of helium and balloons?

Glorietta and Alexander did not work out. At all. AT ALL!

Alexander shared an update on the couple’s relationship status with a Facebook post in late August. He claims that the two are no longer together, and that Glorietta owes him more than $1,000. He also blames Glorietta (aka Chonga Besos – the name she uses for many of her social media accounts) for ruining his credit and calls her “a fu**ing lying low life deceitful horrible person.”

Here is Alexander’s since-deleted tirade, with a few grammatical edits:

Chonga Besos from Love After Lockup is my fiance. She is a fu**ing lying low life deceitful horrible person. She is driven by greed, caring only of herself. She specifically only cares about her money and don’t care who she’s gotta burn, play, or deceive to get her money. Mind you, she owes me a lot of money — over 1,000 and counting now to be exact — and she just now says tonight that she’s not going to give me any of my money that she owes me. I’m now seeing her because of it.

Glorietta (aka Chonga Besos) is a cheat, a liar, and a low life, and deserves to be treated like so. I’m losing everything I own because I can’t pay my bill’s because she won’t give me my paycheck. She would rather spend it on splurging on herself, on material sh*t. She dgaf.

Spread the word. This girl is low and should not be given any attention at all. Thanks for ruining my credit and causing me to get my sh*t repossessed. You’re hella cool bro. Fu** you.

We do not have an audio version of Alexander singing his message.

In Glorietta’s defense, it doesn’t appear that she is the only source for Alexander’s financial woes. Just a couple days before the angry entry above, he shared a video of himself at a casino. “So here I am at the casino, and I’ve spent way too much money” Alex begins. “I had about, let’s say $1,600. I got about $700 now.”

It should also be noted that Glorietta isn’t the first lady Alexander has posted harsh words about on Facebook. Here is a message he posted back in March of 2016, which was less than a year before he began his most recent prison sentence:

Ana [redacted], is a cold hearted, childish, 2 faced, fake ass b*tch with a b*tch ass family and can take her punka** back to El Salvador and learn how to be a good girlfriend and kiss my fu**ing a** when you get the chance. Fu**in punk b*tch. I don’t give a fu** about you.

He later calmed down a bit in the comments:

Sorry.. I didn’t mean to sound so p*ssed off, she just said some fu**ed up sh*t to me, and has been treating me like nothing, and like I’m not good enough for her as well as her family. And she’s treating me like a stranger, like we don’t even know each other. And I’m just tired of treating a woman so good and getting tossed aside like a used napkin after I’ve put so much into a relationship all for nothing… Sick of it. And sick of relationships…

Time to just do me and keep getting money like I’ve been doing, and maybe after I’ve established myself with a place of my own, continue to work my manager job saving up money, then maybe I’ll think about letting someone special take down my walls again.. Hopefully a special someone I’ve known and loved for a long time.. A beautiful woman I use to date a long time ago. Lol. But not yet.. Maybe later. Lol. Sorry if I sounded Hella mean… I was just p*ssed. 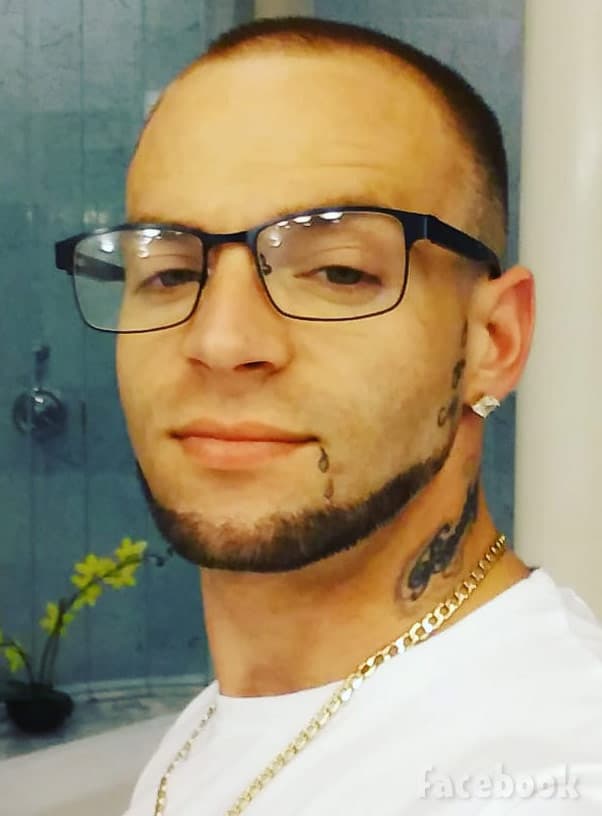 Glorietta has been promoting the show on her various social media accounts, but she hasn’t mentioned the split, or Alexander for that matter.

Unfortunately, I was unable to find an answer for the most frequently asked question regarding Glorietta and Alexander: Why in the world does Alexander have two drool drops tattooed on the side of his mouth? What do the tattoos mean? I’ve seen a lot of guesses online, but most of them are not SFW, and I assume are not accurate. Whatever they mean, it appears as though he went from one droplet to two between September of 2016 and January of 2017.

To see how Glorietta and Alexander’s fairytale romance ends, be sure to keep tuning in for new episodes of Love After Lockup airing Friday nights at 9/68c on WE tv!

90 DAY FIANCE Anna and Mursel spoilers: Did they get married?