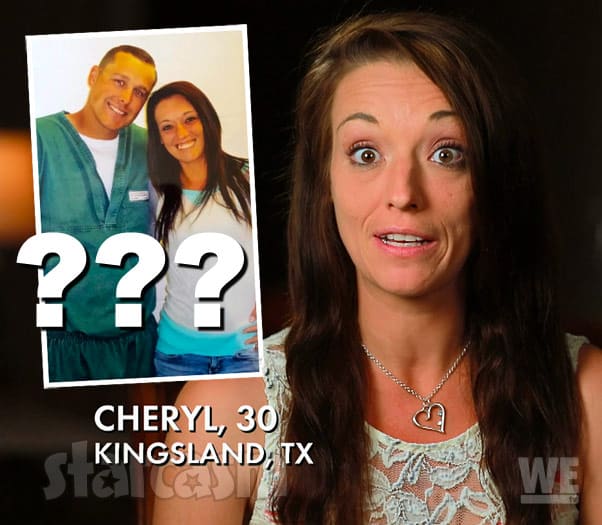 Love After Lockup star Cheryl revealed on the season premiere last week that she completely fell for bank robber Josh after seeing his mug shot photo while researching serial killers for a school project. She wrote him a letter, and he replied within a couple weeks professing his love and promising to put a baby inside Cheryl.

Clearly, this romance had all the makings of a Hallmark movie with a beautiful happily ever after that includes many children, lots of laughing, and one Tony the Clown softening his cold heart and admitting he was wrong. Right?

Cheryl still lists herself as being in a relationship with Josh on Facebook, but Josh’s profile makes no mention of Cheryl. Also, it appears as though Cheryl is still in Texas while Josh is living and working in Colorado.

That in itself doesn’t merit much of a #spoiler tag, but these photos (reposted by @loveafterlockup_chaingang_ on Instagram) do: 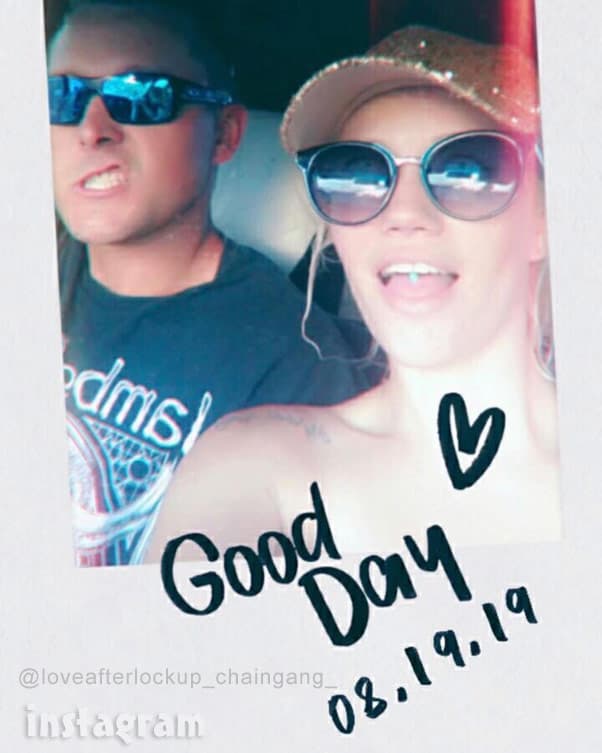 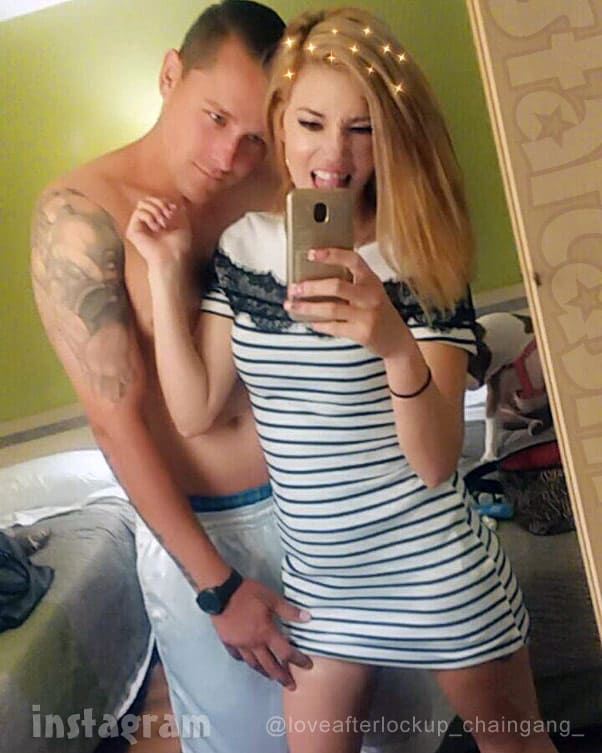 The photos were posted recently (as evidenced by the date on one of them), and they certainly seem to show that Josh has found love after lockup somewhere else. Ladies sure do love those convicts y’all!

Hmmmm…. Could we have yet another love triangle in the making?

Unlike Cheryl, the young lady in the photos seemed well aware what kind of trouble she might be getting into by dating Josh. A text graphic that she posted on August 9 reads: “That moment you start to fall for someone you know you really shouldn’t but you do it anyways. Even though you know it’s just going to end badly for you….”

Tony the Clown would most certainly agree.

On a side note, while looking into Josh I discovered a couple of interesting things. Number one, he appears to have been married at one point. You will notice his ring in this photo: 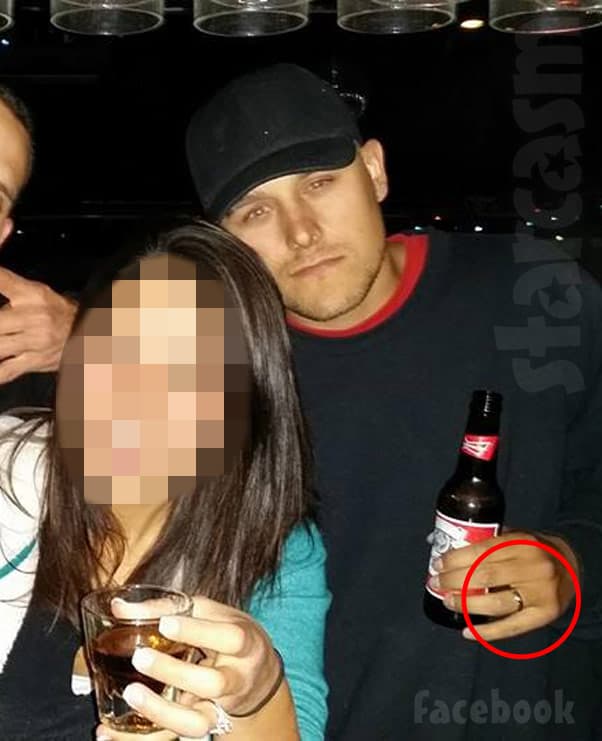 Much less interestingly, Josh also used to have his own line of clothing under the “Violent Tendency” brand — which he also has tattooed on his forearms: 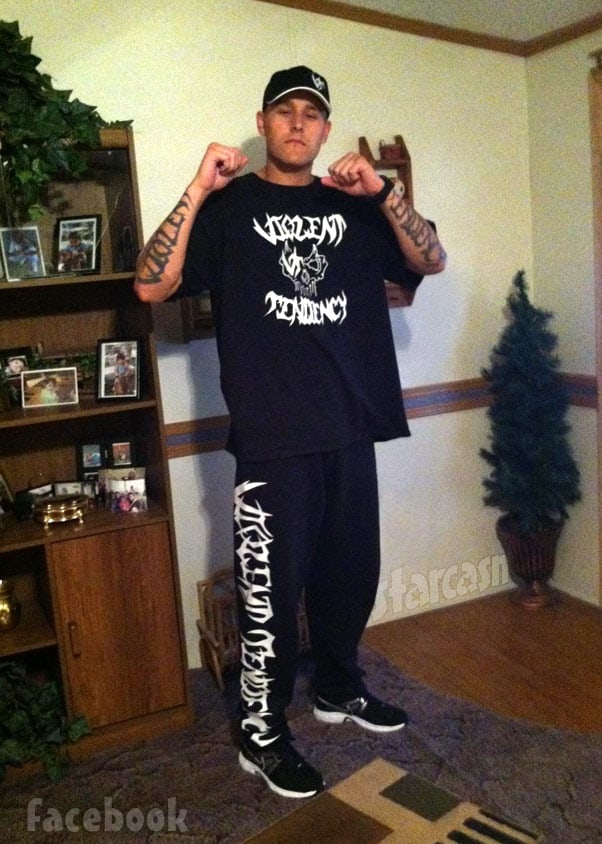 Josh mentions online that he trained to be an MMA fighter, so I am guessing that this branding was going to be a part of his rise to fame in the cage. Unfortunately, Josh wound up spending his time in a different cage, thanks to his violent tendency and poor robbery skills. Trying to launch a clothing line isn’t the only business venture for this ex-contrepreneur, though! More on that soon!

Meanwhile, be sure to follow along with Cheryl and Josh’s apparently ill-fated romance with new episodes of Love After Lockup airing Friday nights at 9/8c on WE tv!