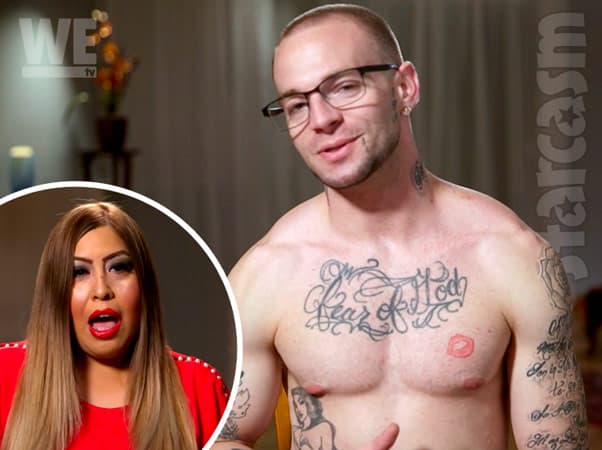 Love After Lockup star Alexander Bentley is back behind bars in California after he was arrested late Monday night and charged with nine felonies. Yes, nine felonies!

Alexander’s bad night started after he gathered up a firearm, ammunition, heroin, and meth and loaded all of it into his pickup truck with an expired registration before taking a drive. An Elk Grove police officer pulled Alexander over for the expired registration at roughly 9:30PM.

Once the police officer identified Alexander and determined that he is currently on probation, a search of the vehicle was conducted.

From the Elk Grove Police Department:

A probation search of the vehicle led to the discovery of a firearm, ammunition as well as methamphetamine and heroin. Bentley was arrested for felon in possession of a firearm and ammunition, having a concealed firearm in a vehicle, possession of controlled substances while armed with a firearm, possession for sales of methamphetamine and heroin as well as additional narcotics-related charges. Bentley was transported to the main jail.

Here’s a photo of Alexander’s truck posted by the Elk Grove Police Department: 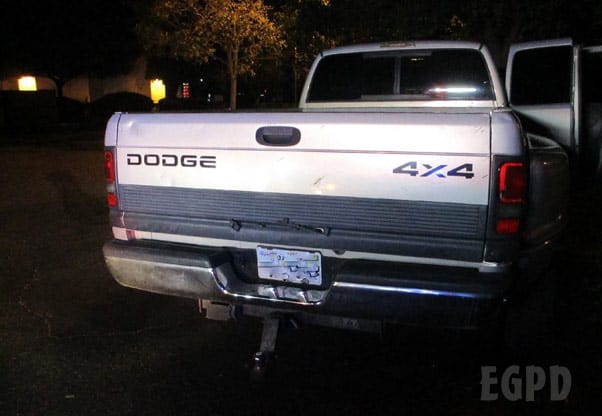 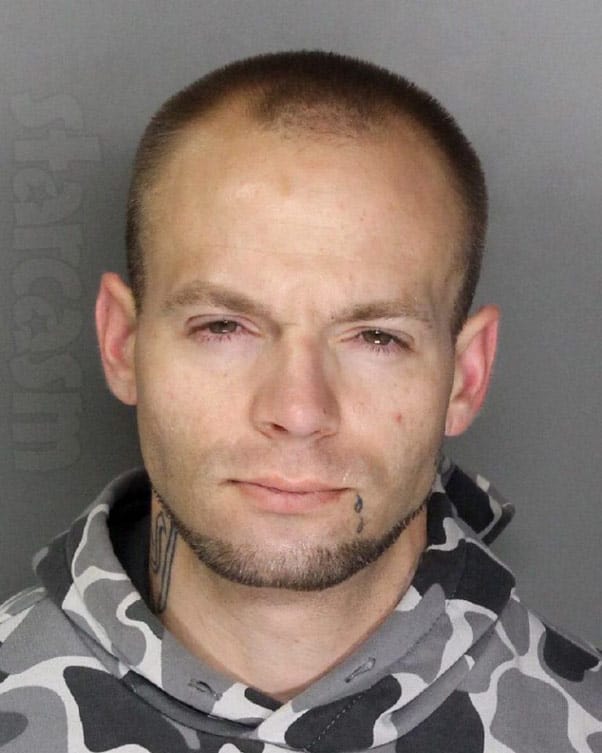 According to Sacramento County Jail records, the bail amount for Alexander is set at a whopping $120,000. Records also indicate that he has a PC 1275 hold on his bail, which means that whoever posts Alexander’s bail will have to prove to the judge that the source of the funds was not criminal in nature.

UPDATE – Glorietta seems to think bail won’t be a problem:

Wow @Glorietta_besos is this true???

he will make bail very soon ..

Here is the full list of felony charges currently pending against Alexander:

POSSESSION OF FIREARM BY A FELON

FELON IN POSSESSION OF AMMUNITION

POSSESSION OF CONTROLLED SUBSTANCE FOR SALE

HAVING CONCEALED FIREARM IN VEHICLE

Surprisingly, Alexander’s arrest Monday night isn’t his first since filming the show. According to court records, he was charged with petty theft and possession of a controlled substance in August. The charges were both misdemeanors, and Alexander would eventually plead no contest to the theft charge. The possession charge was dismissed.

We previously shared an update on Alexander and his fiancée Glorietta that included a furious post by Alexander bashing Glorietta. It seemed very clear that the couple had split, but Alexander took to Facebook after our article was published and claimed that he and Glorietta are (were?) all good.

Hey everyone, lets get this straight. My fiance and i are just fine and were just living our lives one day at a time with progress to meet a successful goal in the near future. We had a rocky start to say the least.. And i do with an undoubted certainty apologize for my crewl words spoken out of anger to glorietta. And have apologized to her in the most unforgetable way. But were doing just fine still rockin making money living life to the fullest. Dont believe the hype were still A1 ya dig. Give 2 f**ks if you think otherwise 😉💜💜💜💜 me n my baby

#LoveAfterLockup #SPOILERS Are Glorietta and Alexander still together? Where did all those balloons wind up? Why does he have drool droplets tattooed on his mouth? We have the answer to one of those questions! 🎈🤤❤️ https://t.co/6XtqCc7uex

From the looks of things, Alexander is going to be behind bars for a LOOOOOOOONG time. I’m guessing that if he and Glorietta really did get back together, they won’t be “A1” much longer, ya dig? (I’m going to take a wild guess and speculate that show producers mentioned the possibility of the couple being on Love After Lockup: Life After Lockup and that inspired Alexander’s “we’re all good” post. That is purely speculation though!)

We will keep an eye on Alexander’s case and will update if there are any major developments.