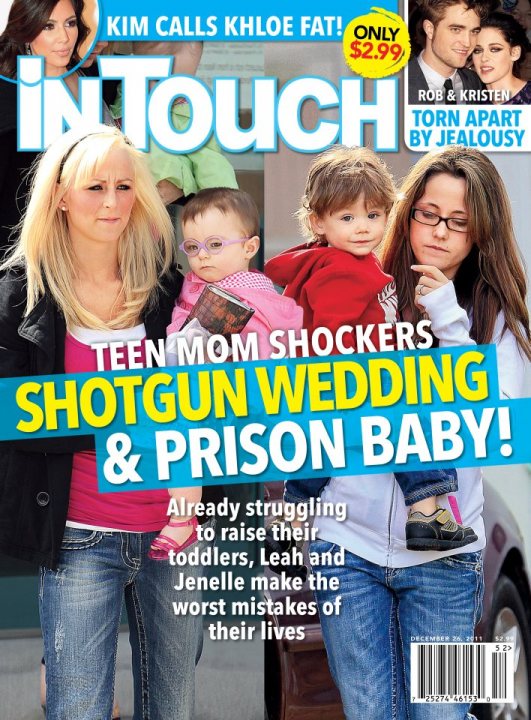 The second season of Teen Mom 2 premiered last week to the highest premiere ratings of any premiere in either of the Teen Mom franchises with 4.15 million viewers. The high numbers didn’t go unnoticed by the tabloids, who have once again cranked up their coverage of the four young moms, including an In Touch cover story on Leah and Jenelle with the headline “Teen Mom Shockers: Shotgun Wedding & Prison Baby!” (The overly dramatic subhead reads, “Already struggling to raise their toddlers, Leah and Jenelle make the worst mistakes of their lives.”)

As part of the lengthy story on Leah, In Touch talks about her twin daughters’ elaborate second birthday party and how Corey Simms’ absence was further evidence of him being “less involved in the twins’ day-to-day lives.” The magazine goes on to say Leah’s new boyfriend Jeremy Calvert is replacing Corey and stepping into the father role for the twins.

An “insider” tells the magazine, “Corey and Leah are not on good terms,” and then the article implies that is why he wasn’t invited to the party. 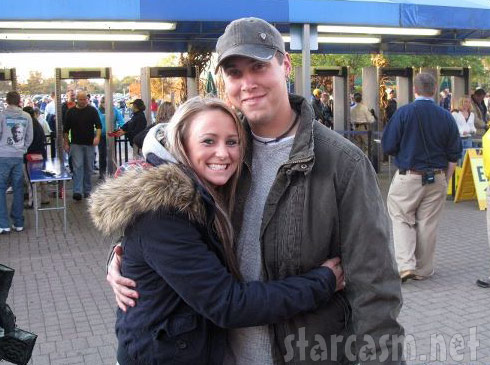 ^ Leah Messer and Jeremy Calvert are reportedly getting very serious!

Leah and her family took exception to the tone of the article and their negative portrayal of Corey, and Leah’s outspoken mother, “Momma Dawn” Spears, spoke out on Facebook. (She begins by addressing an apparent online rumor that she’s pregnant before getting to the lambasting of In Touch.)

I would like to start my little letter by saying, “Momma Dawn is NOT pregnant!” Lol and can NOT get that way without having surgery. Lol so that is the furthest from the truth. I am just naturally fat lol.

Also before I get started, some of you are going to agree with me and some are NOT, and that is fine. Not everyone has to like me. I came into this world with a small family loving me, and I will probably leave that way.

Now to what I really want to talk about, and that is IN TOUCH’S new trashy magazine article. This magazine is the cheapest trashiest [rag] that’s been put on the market and will sell the most BS stories to try to make a dollar, so I advise all not to waste your money on them.

OK, that being said, they wrote a story about Ali and Aleeah’s birthday party and trashed Corey and uplifted Jeremy. I stopped by Jeremy and Leah’s house today and he said, “Mom, it was pretty dirty that a magazine would write about Corey like that, being a daddy.” I said, “Yes Jeremy, it is. [Just] because Leah and Corey aren’t together and you were at the birthday party doesn’t make Corey less of a father because he is having his own party.

Also, we want the world to know that Corey is a GOOD daddy and Leah is a GOOD mommy – they just didn’t make good soul mates, and that happens in this world. Sometimes in life people make BETTER co-parents than actually staying together and fighting and causing torture and problems with the girls in the future.

So many friends, family, rag mags, etc try to stop them from being good co-parents by ditching Leah or Corey – calling them wh0res, bad parents, etc – just whatever they want to come up with. It is VERY SAD! But to those who cant get past them being GREAT co-parents, GET OVER IT! Because they are doing great being co-parents and get along better than husband and wife doing so.

Now to the part that everyone keeps asking. “What do you think about this decision Leah makes or that decision?” Well, here is my OPINON want it or NOT! Leah is almost 20 years old and lives on her own and has 2 children she raises. She is NOT 17 anymore and doesn’t live off government assistance or off my paycheck, so who am I to tell her whether she can marry, have sex, love someone, by a car, or have children? I have NO right to tell her. She is independently living and an adult – I may say what I think personally to her but NEVER will I reprimand Leah OPENLY!

All this said and I feel better that I can talk about it. Also we want EVERYONE to know Corey is a GOOD daddy and loves Ali and Aleeah. 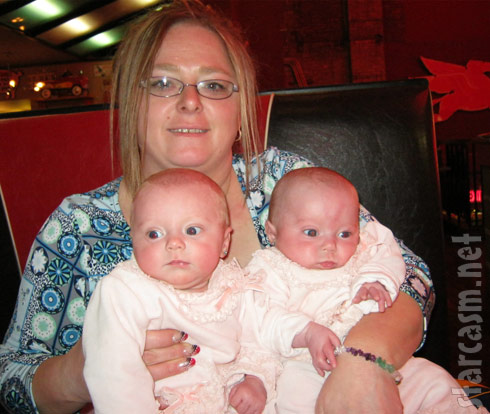 As far as the “shotgun wedding” thing goes, the magazine basically uses some more “insider” quotes saying Leah is in love with Jeremy and thinks he’s the one as reason to launch off on a judgmental rant about how Leah needs to slow down. From the article:

Though Leah may daydream about spending the rest of her life with the 22-year-old and creating a happy family for her toddlers, the fact remains that she’s only 19 – and she already has a full plate and one painful divorce under her belt. While she’s hopeful that Jeremy will be able to support her as she goes through nursing school, Leah simply doesn’t know him well enough to be sure.

I’m sure Leah is glad to find out she doesn’t know Jeremy well enough to trust him. She must also be glad to know that some writer for In Touch knows him well enough to know she shouldn’t trust him.

Leah has repeatedly pushed home the point that there is no “Team Leah” and “Team Corey,” only “Team Ali and Aleeah” so I’m sure this divisive piece must have been absolutely infuriating.

I’m a fan of the show and I, too, was saddened when I found out Leah and Corey were divorcing, but knowing what I know now it seems like it was an inevitable split, and I couldn’t agree with Momma Dawn more about two co-parents who get along are much better than two married parents who fight all the time.

Oh, and the “prison baby” thing is based on Jenelle’s former roommate Amber Lane telling the magazine that Jenelle and ex Kieffer Delp spent (as the magazine puts it) “three sex-fueled days” together in between his prison stint in Maryland and his most recent trip behind bars in North Carolina, which is scheduled to last until March 24, 2012.

We detailed Amber’s claims (minus the “sex-fueled” talk) as well as Jenelle’s response in our article on the two roommates’ falling out a few weeks ago.