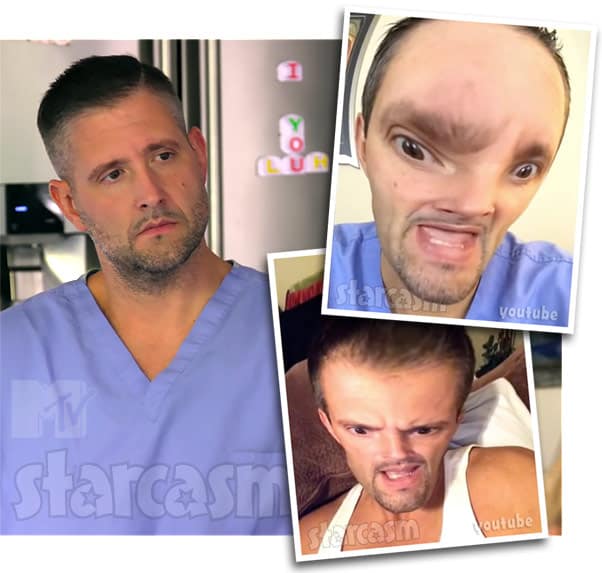 We were the first to report that Teen Mom 2 star Leah Messer’s boyfriend Jason Jordan had a YouTube channel in which he uploaded a series of videos under his “West Virginia Meth Man” alter ego. Soon after the news broke that Jason was officially dating Leah, he deleted his channel. As a result, the West Virginia Meth Man videos were thought to be lost forever…until now!

First, a little background on the videos from our profile post on Jason:

“My meth man videos got me kicked off fb lol,” Jason tweeted back in September of 2014, before revealing that his character lived on via a new platform: “Jason Jordan meth man on YouTube lol. Making fun of West Virginia meth addicts lol.”

We included some embeds in our original post, but should have predicted that Jason might pull the plug on his channel once he was thrust into the national spotlight. (Apparently the videos are OK for a medical device sales rep.)

Thankfully, not all of these methterpieces were lost. We’ve got a few short clips of WV Meth Man, including some of the first and second video uploaded to the channel. The third video features WVMM pondering the idea of having a girlfriend, which seems quite fitting given that the reason I’m even doing a post with the videos is because of Jason’s relationship with Leah:

We managed to dig up some clips of #TeenMom2 star @leahdawn92mtv’s boyfriend Jason Jordan as his YouTube alter ego West Virginia Meth Man! Jason deleted his channel soon after it was announced he was dating Leah, and it was thought these clips were lost forever. Visit Starcasm.net (site link in bio) for the full story, as well as more from details Jason’s channel!

Although we no longer have access to the West Virginia Meth Man oeuvre, we do have a snapshot of what the channel looked like before it was ripped from us so abruptly, and it includes an array of thumbnails and titles like:

“METHMAN all torn up over Barack EBOLA LOL”

“Got fired from the truck stop today”

“Meth mam offended by smokers. Wants to fart in…” 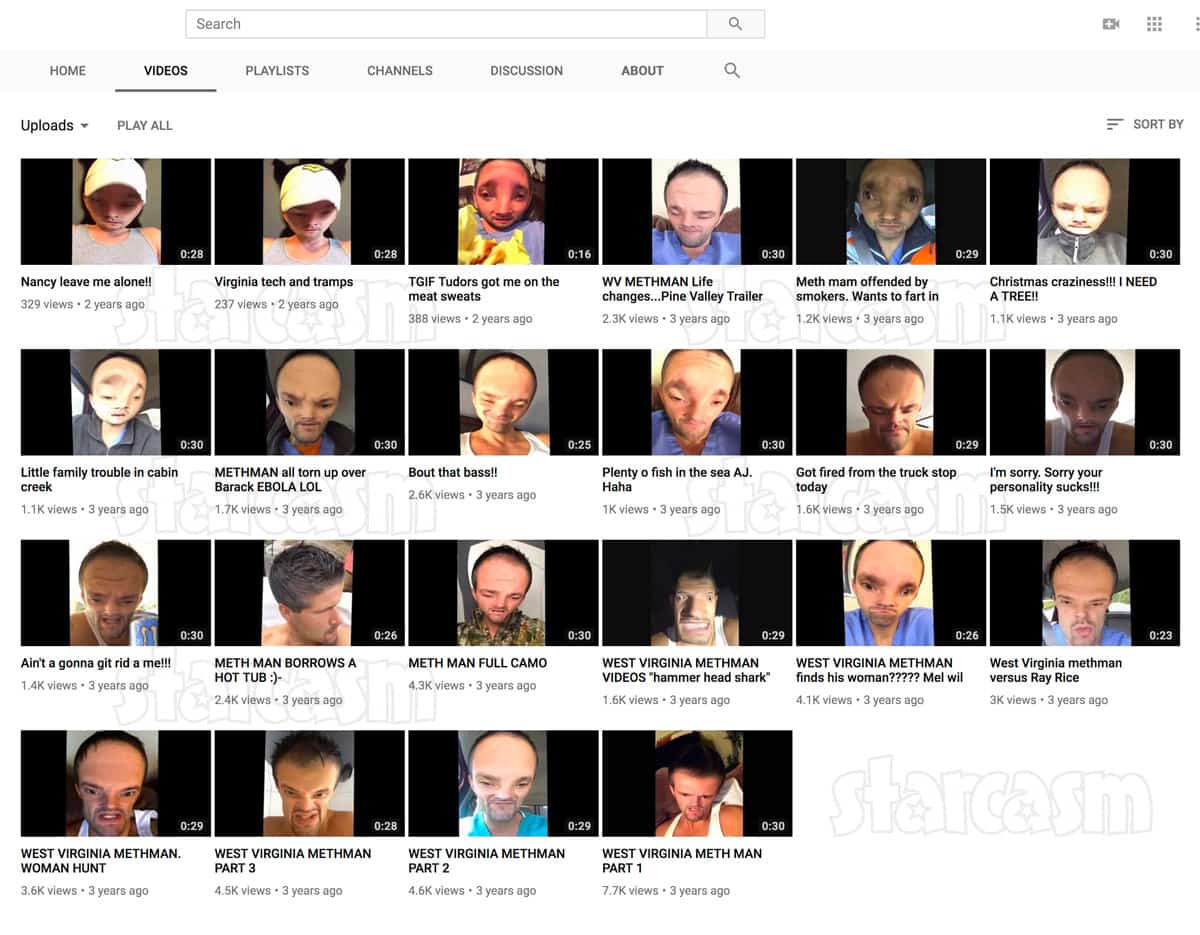 In case you missed it, Leah Messer and Jason Jordan have reportedly split up — this time for good. It’s unknown if Jason will attempt to bring his alter ego back or not once the current season of Teen Mom 2 ends.