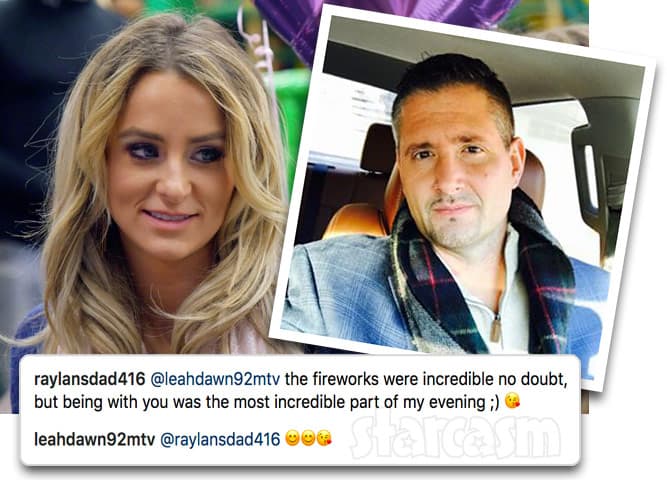 It appears as though Teen Mom 2 star Leah Messer has a new man in her life! The reality star is currently on vacation in Florida with her daughters, and she posted a photo of her girls watching Fourth of July fireworks at the beach. But, judging from the comments section and a reliable source, those weren’t the only fireworks going on!

An Instagram user with the ID @raylansdad416 responded, tagging Leah and adding: “The fireworks were incredible no doubt, but being with you was the most incredible part of my evening 😉 ?” Leah flirtatiously replied by tagging him back and sharing this string of emoji: ???

As you would imagine, the Instagram PDA had numerous fans commenting and asking if this is Leah’s new boyfriend. After the post, The Ashley’s Reality Roundup confirmed that Leah is in fact dating a new man! The Ashley revealed that his first name is Jason and he is a 39-year-old recently divorced father of a two-year-old boy.

And Jason is no Florida boy! He lives near Leah in West Virginia, and apparently made the holiday trip to the Sunshine State with Leah and the girls. She and Jason have reportedly been dating for a few months, but Leah kept their budding relationship off of social media — until now.

If you check out the @raylansdad416 Instagram account, you will see that Jason’s last name is Jordan. At the time that the story broke, Jason’s private account had a profile photo with his son Raylan, but he has since changed that to a photo of just himself. (The current photo is the one used at the top of this post.)

The Ashley provided some biographical details on Jason, but we put on our sleuthing hats on and peppered in a few new deets — including Jason’s “West Virginia Meth Man” YouTube alter ego…

Jason Jordan is a 39-year-old who graduated from West Virginia Wesleyan University in 2006 with a Bachelor of Arts degree in psychology and sociology. While at WVWU, Jason played at least one year of basketball, and he indicates that was a professional basketball player for “Hoop Visions” from 2001-2002 on his LinkedIn profile. (I’m a basketball fan, and I have no idea what that means — especially since he played college basketball *after* that.)

Part of what helped Jason be a success as basketball is the fact that he is six feet, six inches tall! Here is a photo of him with his ex-wife with some of the bottom part cropped out to demonstrate his height: 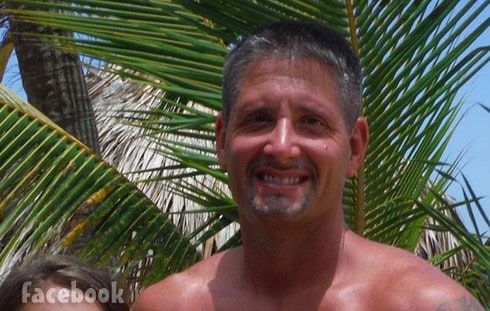 While in college, Jason worked with Enterprise Rental Cars. After graduation he got a job in pharmaceutical sales. As The Ashley pointed out, Jason currently works in medical sales, and his LinkedIn profile lists the three separate companies for whom he currently handles sales.

Jason got married on June 17, 2014, and he and his wife welcomed their son Raylan in the spring of 2016. The couple filed for divorce in October of 2017. Their custody situation is unclear.

The Ashley says that Jason and Leah’s daughters get along well. She does not mention if Leah and Raylan have spent any time together, or if Raylan has met Leah’s girls.

For those of you hoping to get to meet Jason on the upcoming season of Teen Mom 2, don’t hold your breath. “She is filming for Season 9 but has mentioned to [crew members] that he will not be on Teen Mom 2 because she wants to keep this relationship more private,” The Ashley’s source revealed.

However, Jason is not averse to gaining attention via the video medium. He has a series of YouTube videos in which he uses visual and audio filters to become “West Virginia Meth Man.” According to Jason’s since-deleted Twitter account, it was his “Meth Man” series of videos that got his Facebook account suspended.

“My meth man videos got me kicked off fb lol,” Jason tweeted back in September of 2014, before revealing that his character lived on via a new platform: “Jason Jordan meth man on YouTube lol. Making fun of West Virginia meth addicts lol.”

Here are a few installments:

UPDATE – Jason has since deleted all of his Meth Man videos. Here is a screen grab at least: 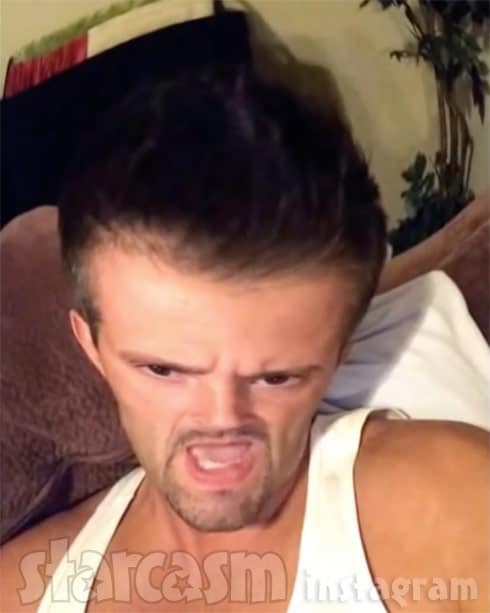 Congratulations to Leah! It’s great to see her getting her feet wet in the dating pool again! Just as Jeremy Calvert has stated on screen this season, Leah seems to have matured so much over the past couple years, and she also seems genuinely healthier and happier. We wish Leah and Jason the best, and we hope that they both change their minds about him appearing on the show so we can all get to know this tall drink of hunk water!