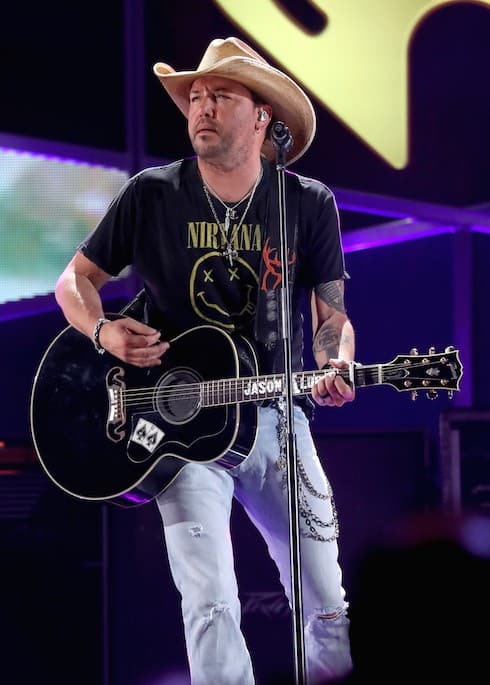 America woke up to a scene of unprecedented horror today, as news of the worst mass shooting in the country’s history began to spread. The latest report indicates that at least 58 people are dead and 515 injured after a domestic terrorist, 64-year-old Stephen Paddock, opened fire from his room on the 32nd floor of Las Vegas’ Mandalay Bay Hotel on 22,000-person crowd gathered for a Jason Aldean concert.

Aldean had just taken the stage for his headline set on the final night of the Route 91 Harvest Festival when Paddock, who authorities say had “at least ten rifles” in his hotel room, fired into the crowd. The first shots, which observers initially thought were fireworks, were reported at 10:08. By 11:58, following a shootout in the Mandalay Bay Hotel itself, police reported that Paddock was “down,” dead of a self-inflicted gunshot.

Almost immediately, performers at the Route 91 festival took to social media to express their shock and grief. Jason Aldean called the night “beyond horrific”:

Tonight has been beyond horrific. I still dont know what to say but wanted to let everyone know that Me and my Crew are safe. My Thoughts and prayers go out to everyone involved tonight. It hurts my heart that this would happen to anyone who was just coming out to enjoy what should have been a fun night. #heartbroken #stopthehate

Brittany Aldean also used the word “horrific,” and added “No words for what happened”:

We are safe… our angels were definitely watching over us tonight. No words for what happened… Just horrific. Praying for everyone?

Jake Owen, who performed immediately before Aldean, tweeted during the shooting, trying to warn others:

Praying for everyone here in Vegas. I witnessed the most unimaginable event tonight. We are okay. Others arent. Please pray.

Gun shots were ringing off of the stage rigging and road cases. No one knew where to go..thank you LVPD and responders for keeping us safe

Michelle & I are praying for the victims in Las Vegas. Our thoughts are with their families & everyone enduring another senseless tragedy.

Ariana Grande, who suffered a similar tragedy during a terror attack at one of her concerts this past May, was quick to respond:

My heart is breaking for Las Vegas. We need love, unity, peace, gun control & for people to look at this & call this what it is = terrorism.

Celine Dion, whose own Las Vegas concert series runs at Cesars, expressed her shock on Instagram:

Jennifer Lopez shared contact information for those eager to help the wounded:

Hamilton creator Lin-Manuel Miranda reminded us that we can all be helpful:

You can also put down your phone or close your computer and take a walk. That's what I just did. We need you for the long haul. We need you.

You can volunteer.
You can call your representatives.
You can find a place to send supplies.
No shortage of ways to do good today.

My deepest sympathies and prayers to anyone has been affected by the Vegas shooting last night. I don't even know anymore… Why?

And Khloe Kardashian channeled the thoughts and fears of many when she said “Things have got to change”:

I can't believe this!! The deadliest mass shooting in US history! ?My sincerest condolences to everybody there! My prayers are with you! ?

This is heartbreaking to learn about! Things have got to change! ??

Mother of infant trades gunfire with intruders while breastfeeding