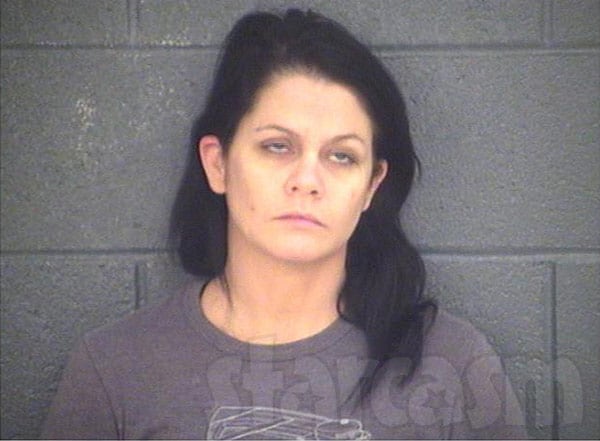 The police in Eastern North Carolina were busy once again courtesy of six degrees of Jenelle Eason as the Teen Mom 2 star’s sister-in-law Jessica was arrested last week and charged with assault.

According to online records, Jessica Miller was booked in Pender County Jail on January 11 and charged with misdemeanor simple assault. The bond amount is listed as $25,000, which she must have paid because she is no longer in custody.

Oddly, it appears as though the Pender Police Department allowed Jessica a do-over on her mug shot photo — I’m not sure if that is because the first one (above) was really rough, or because it simply isn’t a good record of what she looks like, or if there was some other reason. Whatever the explanation, Jessica got to pose again, and I’m sure she was happier with the second try: 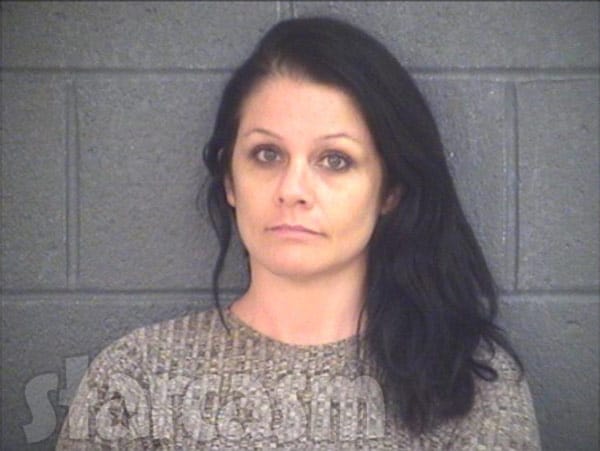 It’s unclear at this time who Jessica allegedly assaulted. I should point out that the day before Jessica was arrested, she got into a HUGE fight with Jenelle online after Jenelle posted numerous negative comments about Jessica’s newly launched t-shirt business “Expressive Shirts.” Here’s Jenelle’s Facebook review:

Fake business!!!!! This owner is psycho! She threatens people on a daily basis on social media saying she’s going to fight them and such. She also doesn’t own one piece of this clothing at all and uses an “art” app on her phone to copy and paste texts onto shirts without even testing them out herself. She tried stealing a logo from another company. I ordered a shirt a week ago and it’s still not here. I asked to be refunded and it’s taking forever! Really upset with this company! Never shopping here again. Maybe if the owner wasn’t on drugs this business would be ran properly.

The review sparked more harsh words from Jenelle and Jessica, and Jessica eventually deleted her Facebook page for the shop. It does appear as though Expressive Shirts is still in business though — just click here to scroll through the various designs that are available.

Prior to the shirt company dispute, Jessica called Jenelle out on Instagram multiple times in December. In addition to calling Jenelle a s|ut and criticizing her for having so many abortions, Jessica also called BS on Jenelle’s claims that David’s family wasn’t there for him after his thyroidectomy. (Which was before Jenelle was dating David.)

In the Instagram comments section that included calling out Jenelle’s claims about David, Jessica was asked why she hasn’t gotten into a physical altercation with Jenelle yet — which seems to be the normal way to handle disputes in Brunswick and Pender Counties:

COMMENTER: How have you NOT already whooped her @ss is what I want to know!!!

JESSICA: i came really close to it when i had to go to court with her and barbara over jace.. I followed her into the bathroom and i told her what an ungrateful selfish little B she is but i kept my hands to myself bc she isnt worth jail time or my money in court costs!

COMMENTER: you have a lot more self control than me. I would have strangled her right there in the bathroom.

JESSICA: well if i wasnt a mama of many beautiful angels i would have! But i try to stay out of trouble if i can help it.. Now if this had of been me years ago, she woulda been in the floor!

Meanwhile, it seems as though Jenelle has kept quiet about Jessica’s arrest — unless I missed a tweet-and-delete or something similar along the way. I am curious to see how long Jenelle can hold out before posting the first of Jessica’s latest two mug shot photos (for whatever reason).

UPDATE – Jenelle lasted three days! That’s pretty good! Here’s what she had to say on Facebook: “If you are all wondering, no I was not assaulted by any females recently. ??‍♀️‬ Has nothing to do with me…”