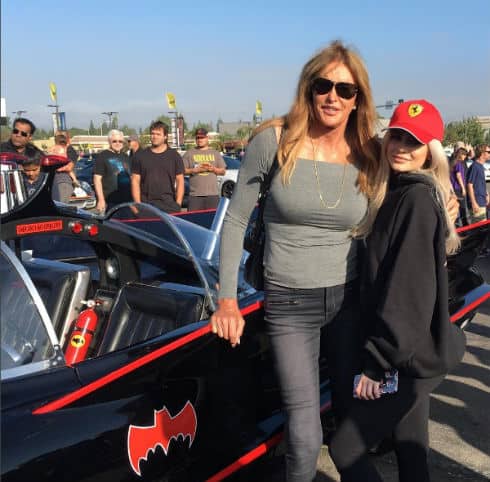 While Kim Kardashian was in peril in Paris, Caitlyn Jenner was busy spending time with Kylie Jenner at a So Cal car show. Now, the I Am Cait star is taking heavy criticism for posting a photo of the outing to Instagram the following day and talking about how much fun they had. It didn’t take long for Caitlyn to respond to the criticism by posting another picture and message about how glad she is that Kim is safe and sound.

It was Monday afternoon when Caitlyn shared the picture of herself and Kylie posing in front of the Batmobile. She wrote, “Had so much fun with Kylie at Sunday’s car show. Here we are with my friend Jeff Dunham’s original#Batmobile.”

Immediately, the comments on the Instagram post filled up with angry KUWTK fans, who felt that Caitlyn was being very insensitive to Kim, especially considering the harrowing ordeal she had just been through. Check out some of the angriest comments:

“I’m sorry but what the hell is with you and Kylie…you sound like you don’t care about Kim, I’m sure you didn’t mean it but it’s insensitive and Kim was tied up and had a gun to her head but Kylie can’t stay off social media for more than one day? And post half naked pics…that’s safe….esp since social media is what the robbers were looking at?”

“How is it that everyone else in your ‘family’ is respectful enough not to post trivial sh!t hours after Kim is bound and gagged at gunpoint but you post pictures of yourself with a car? Super classy.”

Love my girl! After hearing the full story, I'm so thankful she's okay. It's a reminder for us all to be careful in the uncertainty of this world

As Starcasm previously reported, and pretty much the whole world knows by now, Kim Kardashian was the victim of a horrific heist in the early hours of Monday morning when armed thieves tied and gagged the Keeping Up With The Kardashians star inside her Paris hotel. The masked men, dressed as police officers, were able to accost a security guard and grab his keys giving them access to Kim’s room. Once inside, they relieved the famous Kardashian of more than $10 million in jewels before taking off.

Kanye West was performing at The Meadows in NYC when the whole thing went down. He was alerted to the emergency mid-song and abruptly ended his set so he could go be with Kim in Paris. 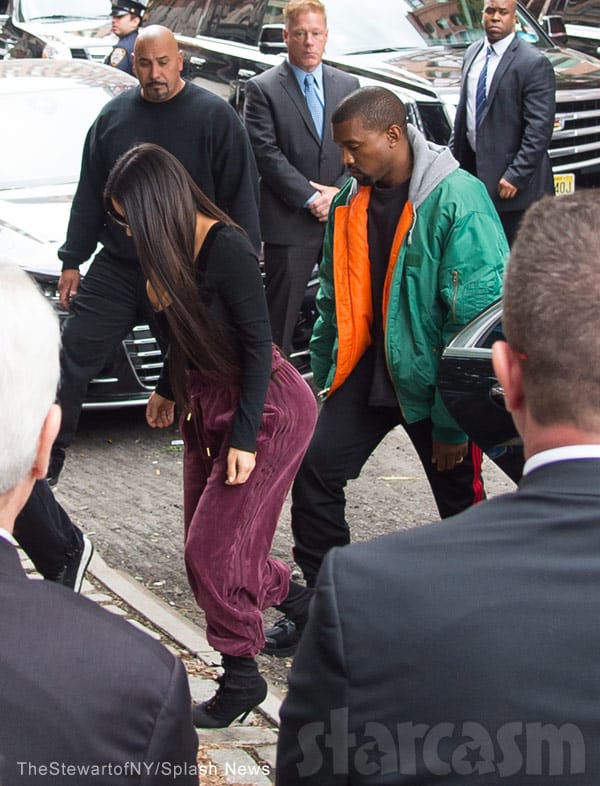 Kim has since returned to New York City (photo with Kanye above) and is reportedly flanked by more security than the POTUS. Kim is said to be “shaken” but she wasn’t harmed in the scary robbery. She is currently at home in New York City with Kanye and several other members of her family.

In the wake of the Kim Kardashian jewelry heist, the rest of the Kardashian klan has been unusually silent on social media. Normally the reality TV family stays busy posting pictures of themselves and everything they do on Twitter and Instagram but the last two days has been crickets with the exception of Kendall Jenner, who has posted two pictures on Monday before cutting her time at Paris Fashion Week short to come be with Kim.

Does Caitlyn really deserve the backlash for breaking the silence with a happy picture of herself and Kylie? Tell us what you think of the social media faux pas and the rest of the Kardashian family’s silence following Kim K.’s scary weekend in Paris.

Critics slam Time for naming Kylie Jenner one of its ’30 Most Influential Teens’: Good idea, or too much?