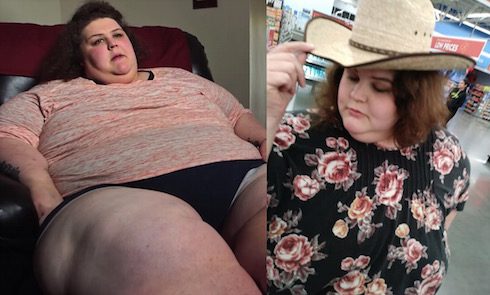 The My 600 Lb Life Sarah Neeley episode appears to be yet another happy story for the franchise, as the 24-year-old confirms that she’s well on her way to her weight loss goal. The latest before-and-after pics, which Sarah offered herself, mark a stunning turnaround for the Ohio native, whose peak weight of 642 pounds stemmed from a troubled childhood.

As Sarah explained, she’s “the only big one” among herself and her three siblings. She said she thinks that “eating was a way for [her] to cope with” the world as a toddler. Sarah’s father’s drinking problem “led to a lot of fights between” her parents.

Then, when the two of them did divorce, Sarah said that her mom’s tight finances meant she “had to limit what [Sarah] could eat.” This led to Sarah sneaking food, and created an unhealthy spiral that continued for years.

By the time the My 600 Lb Life Sarah episode began filming, the 24-year-old was suffering from a cellulitis infection — one that got so bad she had to move back home and have her mother and grandmother care for her. Unable to walk to the bathroom or bathe herself and facing a dire future, Sarah journeyed to Houston with her older sister Heather for help from Dr. Nowzaradan.

Though she struggled at first, gaining eleven pounds in her first two months under his care instead of losing the suggested 30, Sarah quickly found her footing. By episode’s end, Sarah had been approved for and undergone weight loss surgery, and was down to a far healthier 393 pounds. In total, she lost 40.5% of her peak weight over the course of the My 600 Lb Life Sarah episode, making hers one of the most successful stories of the current season.

Plus, as Sarah recently confirmed in a social media update, her journey has met with even more success since the cameras stopped rolling. By now, Sarah has lost “ALMOST” half her weight (the caps are worth quoting!), and, with the help of Dr. Now and her nutritionist, is well on her way to her overall goal of 190 pounds. Unfortunately, Sarah’s Instagram account is now private, so we can’t embed her update — but here’s what she had to say at the time:

I have lost ALMOST half of my weight! Still working hard everyday to reach my goal weight of 190! That will happen before the year is up, with doctor nowzardans and Krystal Hammett 's help! @krys_hammett , I am so lucky to have you as my nutritionist! Youre amazing! Thanks for all you do! ❤

Here are a couple more Sarah Neeley before-and-after pictures, which she recently shared on her Facebook page. The first is of Sarah from a bit earlier in her weight loss journey… 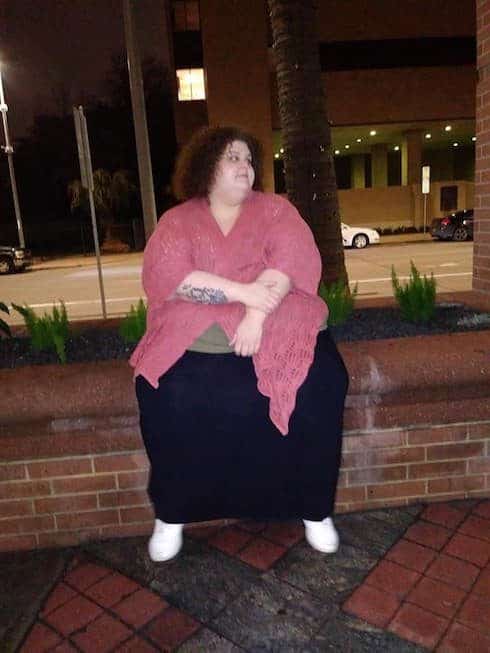 …and the second is of Sarah in Houston with her best friend, Sarah Canales, who’s apparently been spending quite a bit of time helping Sarah Neeley out in Houston and earning major BFF points: 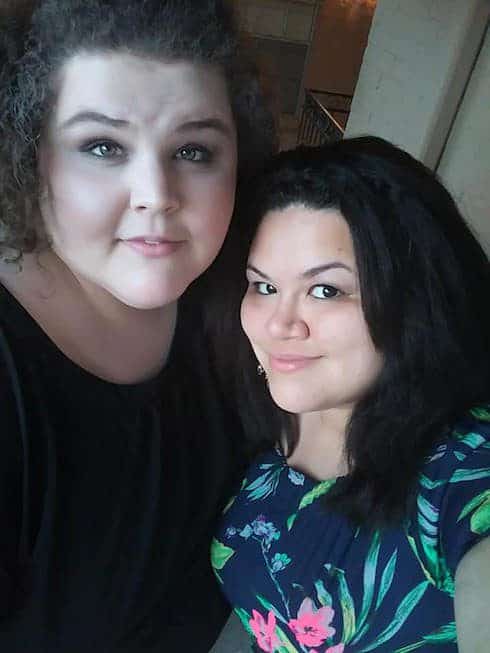 If you’d like to keep up with Sarah on her weight loss journey, you can follow her on her official Facebook page. And you can stream the My 600 Lb Life Sarah episode here, via TLC.

Move over, bagelhead, the snaggletooth is Japan’s newest cosmetic trend