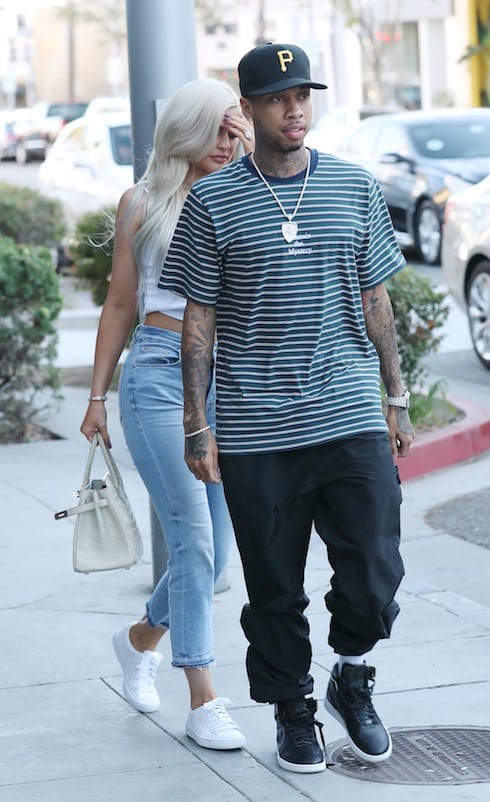 Kylie Jenner and Tyga ring shopping can only mean one thing–unless, as is so often the case with the high-profile teenagers, it means more. A string of recent and intense spats has left the couple feeling raw and overexposed, and called in question Kylie’s fidelity to the promise ring she got from Tyga this past summer. Of course, that diamond promise ring is different from the huge new diamond ring she could be seen sporting just a few weeks ago–visible in the photo above–following what onlookers said was a “terse” lunch date with Tyga; it appears he slipped her the ring then.

Then, of course, there was Tyga’s alleged marriage proposal to Kylie, which apparently came at the end of November, in the middle of the gun range outing Kylie organized for the Tygster’s birthday. And, most recently, Tyga is said to have “bailed” on Kylie, following a pregnancy scare that turned out to be a false alarm. Though in the past Kylie has said she’d be happy having kids with Tyga, she reportedly “reconsidered” whether she wanted to be with him after he tried to cut and run. 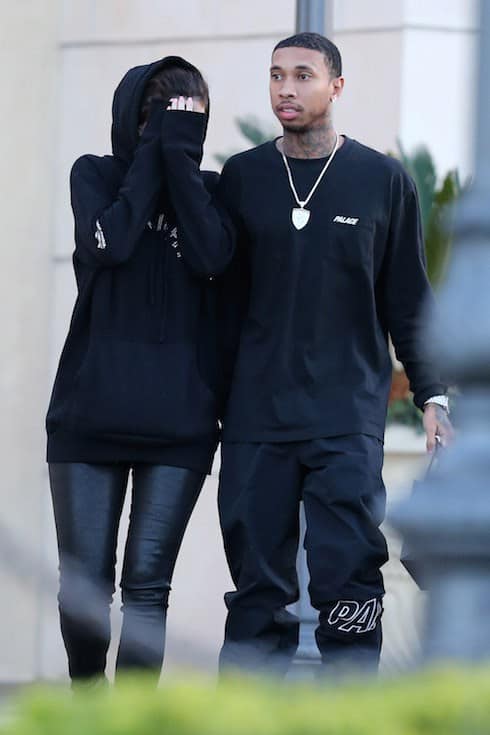 Which brings us to the current Kylie Jenner and Tyga ring rumors: namely, that the two were recently spotted toting a handful of brand-new bling following a jewelry splurge in Calabasas. The fact that the splurge came just a few short days after Kylie allegedly considered leaving Tyga for younger, hotter rapper 21 Savage, led observers to wonder whether Kylie and Tyga were, at long last, engaged to be married. Or whether he was simply trying to make up for an emotional mistake by digging himself an even deeper financial hole.

Those marriage rumors were further fueled by a Life & Style report, one that pointed out how “real” and “really frightening” the pregnancy scare had been. At the same time, that report did not comment on how it sure looked like Kylie did not want to be seen in public as the two left the jeweler’s. 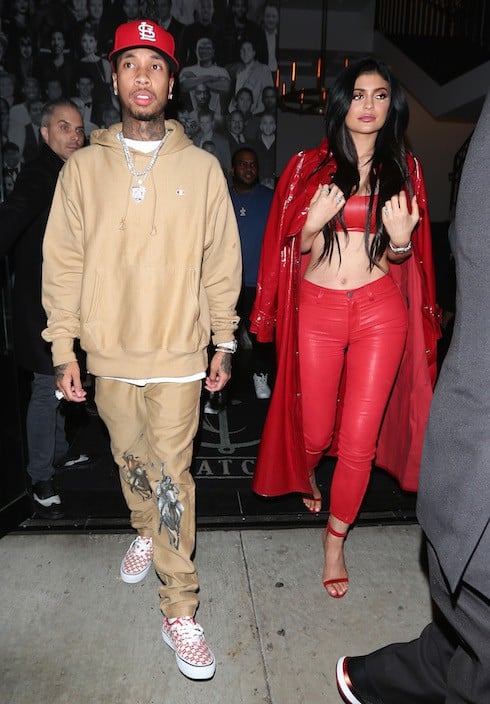 Finally, a Hollywood Life article addressed the ongoing gossip regarding Kylie Jenner’s womb (but not the question of whether Kylie and Tyga have ever once looked happy in a photo together). According to their insiders, the time Kylie has recently spent with Blac Chyna’s baby daughter Dream is giving her “baby fever,” and it’s only a matter of time before she lets Tyga become, against all odds, baby daddy to two different members of the Kardashian family.

“Holding newborn Dream in her arms took her desire to be mother to new dimensions,” the source apparently said. “Kylie was mesmerized by Dream. She gazed into her eyes and started singing and gently rocking her in her arms, and they were completely connected. Kylie‘s such a natural when it comes to babies and she’s told her friends on several occasions she can’t wait to be a mother. Her relationship with Tyga is rock solid right now.”

How does Kylie Jenner stay slim and trim? She reveals her secret!

David Brent and Michael Scott are finally going to meet!

Kylie Jenner got $400,000 worth of birthday presents