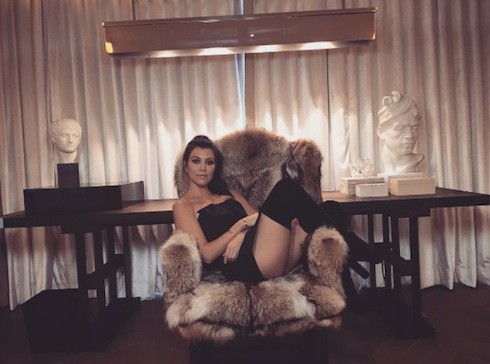 The rumors of Justin Bieber dating Kourtney Kardashian simply will not go away–and, according to a new report, the pair continue to see each other in secret, much to the chagrin of Kourtney’s ex-flame Scott Disick. Shortly after the report of Justin and Kourtney’s ongoing hookups emerged, Scott was filmed getting into a violent shouting match with an old man he bumped into on the street!

First, though, comes the latest dating exposé, courtesy of Inquisitr, which looks like it confirms a separate People article on the subject. According to their sleuthing, Justin and Kourtney never really stopped seeing each other this past spring, though Justin had apparently told then-girlfriend Hailey Baldwin that he was only seeing her. Bieber, 22, and Kardashian, 36, apparently began hooking up last October, shortly after Scott Disick began his fourth stint in rehab; a source close to both parties went on anonymous record saying “They have hooked up a few times, including recently. It happens in L.A. [Justin] has met her kids, but they don’t hook up around the kids. It’s on nights when she has help and is able to go out.” 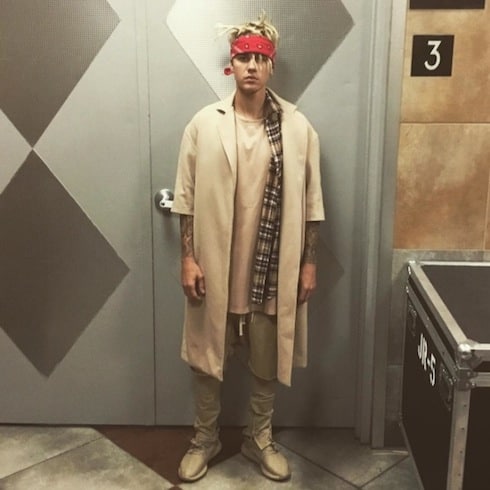 That source went on to dish about the apparent sweet spot Justin and Kourtney have made for themselves. “[Kourtney] is great. Justin thinks it’s cool that she is older and hot,” said the alleged insider. “She isn’t clingy and has her own life. There are no bad consequences for Justin to hook up with her. She is very easy going and just makes it fun for him to be around her.”

One potential downside, though, is the supposed sadness of Scott Disick, who may or may not still be trying to win Kourtney back. Just after the above story broke, Scott got into it with an old man on the streets of Los Angeles, and things threatened to turn violent when Disick and the man bumped into each other. There’s video of the altercation, courtesy of The Shade Room; be advised that it is full of fairly loud NSFW language:

Looks like #ScottDisick wasn’t here for it! ?? via: @iamakademiks

When the older man, dressed in a red sweatshirt, bumps into Disick, Scott can be heard shouting “Come on, man–f*ckin’ move!”

At that point, at least one other person tries to intercede on the old man’s behalf, and the voices become jumbled. “Come on, man,” says someone who is either holding the camera or standing next to the person with the camera. “That’s an old man, dude.”

Shut the f*ck up,” shouts Disick, as his bodyguard ushers him into his car. “I don’t give a f*ck, get away from my f*cking car.”

Disick hasn’t updated his social media pages since April 18th, when he shared a birthday greeting for Kourtney:

Happy birthday @kourtneykardash everyone who knows you loves you so much!

RELATED ARTICLES: What is Scott Disick’s net worth? How does he make his money?