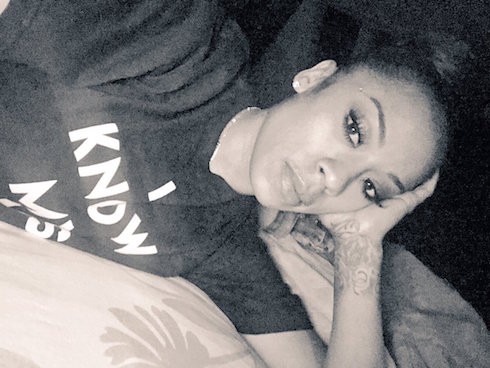 The Keyshia Cole Love and Hip Hop connection has been confirmed by none other than Keyshia herself! One of the biggest cast additions in the history of the entire franchise revealed the news on Twitter, after first coyly letting her followers know she wanted to tell them a “secret.” Usually, social media reveals from major stars are carefully choreographed, but it sounds like Keyshia must have gotten the go-ahead from Mona, because she let loose with the news without any fanfare at all!

Here’s the two-tweet punch where Keyshia spilled the actual tea: 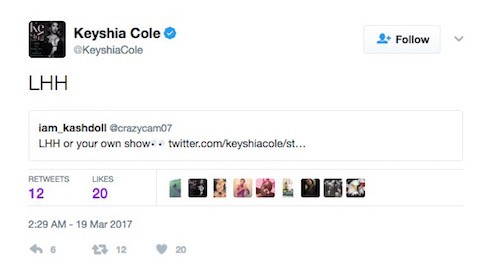 The Keyshia Cole Love and Hip Hop news was all the more surprising since just a few weeks ago it sounded like Keyshia had decided against joining up with any of the shows. As we reported at the time, Keyshia was asked about rumored negotiations during an in-depth interview on The Breakfast Club.

She acknowledged that she had had preliminary talks with Mona and a few other producers; they “shot some numbers around,” and Keyshia revealed that her entrance fee was a cool $1.5 million. (She also joked that ex-husband Daniel Gibson, who according to rumor had asked for $1 million of his own, would “have to go a little lower than that.) Ultimately, Keyshia said she “didn’t like the energy” of the negotiations, and it sounded like they had been called off…until she turned around and dropped the news her way. 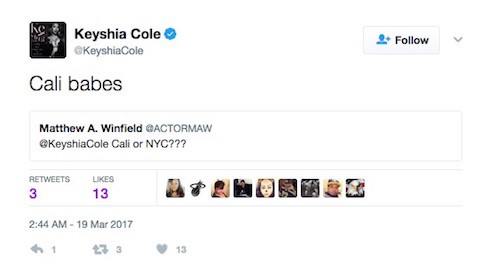 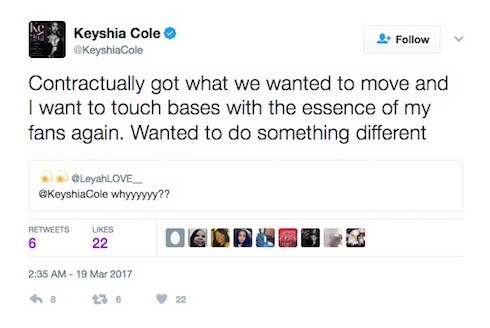 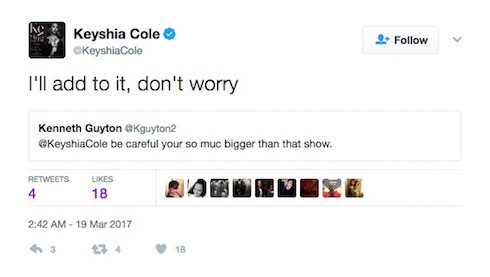 The Worst Cooks In America really are that bad, but they all have good reasons why