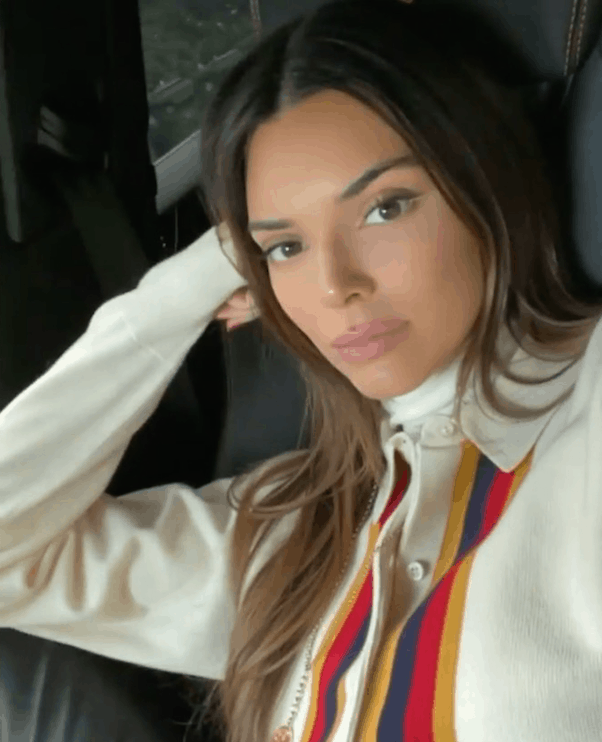 For the third time in five years, a Kendall Jenner stalker has forced the supermodel to get a permanent restraining order and beef up her personal security. Earlier this week, a judge granted Kendall’s request, ordering Malik Bowker to stay at least 100 yards away from the 25-year-old fashion and reality TV icon at all times.

Why is Bowker obsessed with Kendall — and why does he say he wants to murder her? Have he and Kendall ever met? And how is Bowker like the two other stalkers who’ve also been barred from getting near Kendall?

Who is the Kendall Jenner stalker?

Unfortunately for Kendall’s fans, there isn’t a whole lot of information about Malik Bowker. We know his name because it’s mentioned in the public court documents granting the restraining order.

And multiple outlets have reported Bowker’s age as 24 — one year younger than Kendall herself. But it’s not immediately clear whether his age was also mentioned in the court documents, or if the number comes from somewhere else.

Beyond that, not a whole lot seems to be known, either by tabloid or news outlet. And I said “unfortunately” a couple of paragraphs ago because this seems like a case where more information about Bowker — including what he looks like — could actually help Kendall’s fans keep tabs on him via social media.

Are there any Malik Bowker pictures?

Adding to the mystery is the apparent total lack of pictures of Malik Bowker. Do a simple Google search for his name, and everything that comes up is a picture of Kendall Jenner.

It’s possible that this will change over time, as more information comes to light. Right now, there are so many stories about his threats against Kendall that the photos of her attached to those stories have simply swamped the search results.

We’ve reported before on Kendall’s frequent house hopping and season-long rental habits. And someone with her resources will have no problem finding a new place to live whenever she needs to.

But, as we’ve also pointed out, Kendall’s status as an über celebrity means it’s usually not difficult to find out where she’s moved to.

(To wit: It’s now being reported that Kendall has moved out of her Beverly Hills home. And, after the latest round of threats, she won’t be moving back.)

It’s easy to mock the Kardashians for any number of reasons. We’ve certainly not shied away from doing so over the years.

But no one should have to live in fear. And certainly not in fear for one’s life. Just because Kendall can afford to move houses and have 24-hour armed security protecting her every move doesn’t mean that she should have to have those things in her life.

Kendall’s attorney wrote in the request for the restraining order that his client “continues to suffer severe emotional distress and anxiety” over her stalkers. He added that Kendall “terrified that he will attempt to find me and harm or kill me when he is released from the hospital.”

It’s impossible to read that and not feel bad for Kendall. This sort of thing goes well beyond the literal trappings of fame.

Devoteés of Kendall’s story will recall that this isn’t the first time she’s has had to deal with a stalker. Back in November of 2018, Kendall got a permanent restraining order against a man who’d trespassed on her property three times. The third time he was found waiting for Kendall in her swimming pool.

The year before that, Kendall needed a PRO to deal with Thomas Hummel, a one-time fan who started writing Kendall love letters that “later turned hostile.” Hummel’s attention culminated in a note calling Kendall an “internet whore.”