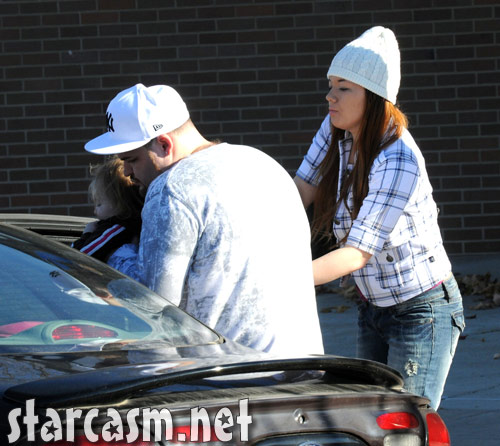 After several domestic violence episodes caught by MTV cameras and reported to the police (not to mention other incidents that happened privately) Teen Mom‘s Amber Portwood has officially lost custody of her baby Leah. Amber was recently charged with one misdemeanor and two felony domestic violence counts based on the violence recorded by MTV as well as another incident that the network did not air. The felony charges were issued because Leah, a minor, was present during two filmed violent outbursts.

Two-year-old Leah is now a ward of the state, which means her guardianship is determined by a judge, and right now that means Leah will be staying with her dad Gary Shirley and his mother.

Indiana Department of Child Services will monitor Amber, and she will be eligible to apply for custody again in six months. DCS will also monitor Gary Shirley’s house to make sure it is a suitable environment for Leah.

If you’re wanting more information then all you’ll have to do is wait because certainly this will all be in Teen Mom Season 3!

Top Photo: Amber, Leah and Gary out on the town in Anderson, Indiana on November 8, 2010. SplashNews.com

PHOTOS Farrah Abraham admits to collagen lip injections, what will this do to her cry face?