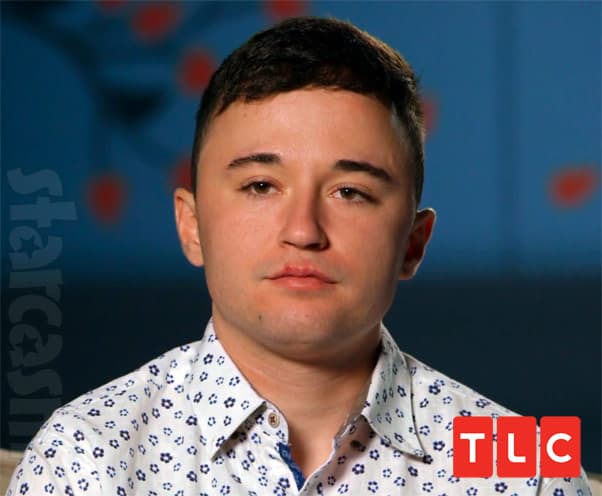 Max had a Tempe Municipal Court date on Tuesday for both of his pending assault cases, but he was apparently a no show. Court records for both cases indicate that a failure to appear warrant was issued on the same day, with each case listing the bond terms as $500 secured.

Max has been posting numerous updates on social media over the past few months, including photos and videos from the telemarketing firm where he has been working for a while. In a couple of the photos it appears as though he is wearing an ankle monitor. Here’s an example: 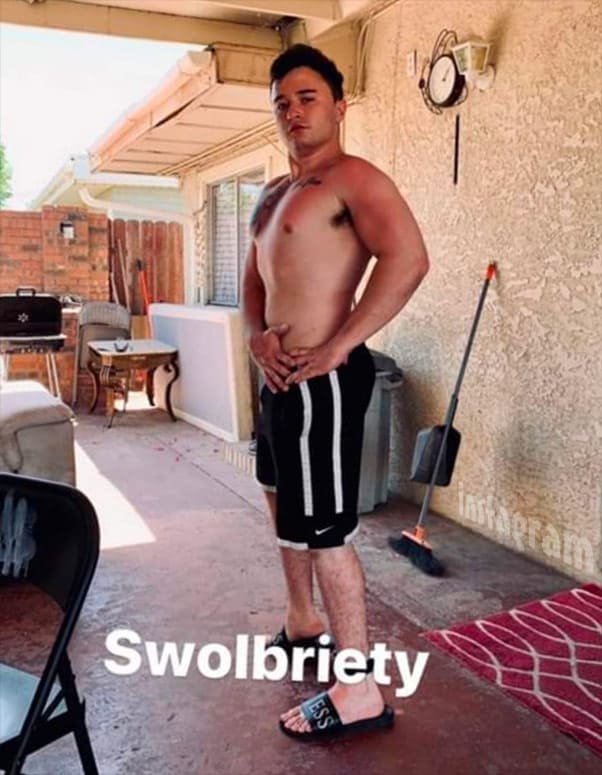 I’m not sure how it works when you have an outstanding warrant while wearing an ankle monitor. I would assume that police could pick him up any time they wanted?

In case you missed the details on Max’s assault arrests, he was booked on December 30th after he and Chloe got into an argument at roughly 7AM in the morning. At one point during the fight, Max threw a cell phone that hit Chloe in the face, resulting in “a swollen nose and brow with distinct 1″ raised lump at the top of her nose,” according to the police report. “Chloe was crying and had red watery eyes,” the report states.

Chloe told the officers that she and Max shared a daughter. “She indicated that [Ava] was present but was not hurt during the assault.”

Max was arrested for assault again on February 20. The details from that incident are still unclear.

Soon after Max’s arrest in February, Chloe shared a video on YouTube updating fans on her relationship status with Max. “To make it clear for all the websites out there: me and Max are not together right now,” Chloe stated. “One thing that might upset people is that I want to be with Max,” Chloe later added. “Obviously not right now, maybe not for like a year or two, but I do want to end up with him. Obviously.”

In March, Chloe decided to not take any chances as she took out an order of protection against Max, as she later revealed on Instagram. Earlier this month, Chloe added during an Instagram live stream that Max “has not seen” Ava. It’s unclear if the order of protection allows Max any sort of supervised visits with Ava.

As we previously reported, Chloe joined former Unexpected moms Laura Barron, Lexus Scheller, and Lilly Bennett to film an Unexpected “Where Are They Now?” kind of special in June. (It was initially speculated that some of the moms were filming for Unexpected Season 4, but it appears that Tyra Boisseau will be the only returning mom.) I’m guessing that we will be getting a lot of information about Max’s assault arrests and the order of protection from Chloe during the special. It’s unclear exactly when it will air, but it will more than likely be in the fall when Season 4 premieres.

Max’s assault charges aren’t the only pending legal issues for him. He has a sentencing hearing scheduled for Friday stemming from his arrest in April after he allegedly resisted a police officer while attempting to steal at least one vehicle.

According to court documents, Max pleaded guilty to a felony count of Unlawful Use of Means of Transportation on April 1. The charge stems from an incident on February 26 when a man called police to report that Max had stolen his vehicle. A second call to police was later made reporting that Max was in another vehicle that also wasn’t his.

Max reportedly tried to run from the police, and as he was being handcuffed, he allegedly tried to kick an officer in the groin. Max was facing four felony counts when he was initially booked. In addition to Unlawful Use of Means of Transportation, he was also charged with Aggravated Assault on an Officer, Resisting Arrest, and Theft. Prosecutors dropped all but the single class 5 felony count of Unlawful Use of Means of Transportation prior to Max pleading guilty.

In a bit of good fortune for Max, the owner of the second vehicle did not want to press charges.

#Unexpected dad Max Schenzel catches another break as his 4 felony charges from an arrest last week have been dropped to just one. Plus, we have exclusive details from the incident from one of the arresting officers. Did he try to steal 2 cars?! https://t.co/SYW6jfCDXk pic.twitter.com/4oGmEUVPrQ

Max is double dipping on Friday as he also has a disposition hearing scheduled that day in regards to his infamous theft case from 2018 when he stole a credit card, cash, and casino vouchers from his friend’s sleeping 77-year-old grandmother before heading to McDonald’s and an electronics store to buy fast food and a mini-fridge. That case is still active after Max’s antics finally resulted in his probation being revoked in early February.

On a positive note, Chloe and Ava seem to be LOVING LIFE over the past few months! I will wrap up with some joyful Instagram posts from Chloe, including numerous adorable photos of Ava:

Boredom will kill me before anything else does

Happy Mother’s Day!! Thankful for Ava for making me a mom and thankful for my mom for teaching me everything I know 💛

Happy Birthday to my baby girl! I am so lucky to have Ava, she amazes me every single day. She is 2 now and she is so so smart, kind, caring, and funny! I love how her personality now shines through and how she teaches me more than I ever thought I could learn about life. I love you forever Ava Grace 💛