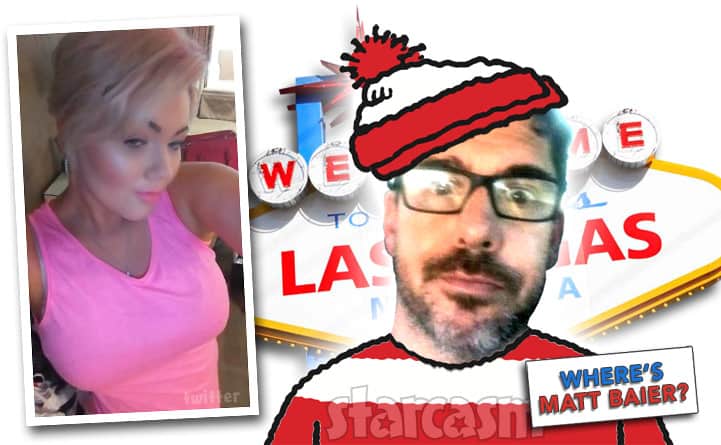 If you’re like me, you were really curious as to just how Matt Baier would play it after Amber Portwood saw through his BS and kicked him to the curb. Would he laugh and own up to fooling Amber as he posted photos driving his Corvette and flashing cash? Would he just vanish into thin air, inevitably winding up broke again and crashing on some other woman’s couch? Or would he keep trying to convince us all he is a reformed bad guy who only does bad things when he relapses on drugs?

For a while, it seemed like the second option was the correct answer. Matt all but disappeared online, with only an occasional vague post — including some updates from his run in the $10,000 per entry World Series of Poker Main Event. But Matt has recently been taking calls from Radar Online (links below), and it is clear that he is going with option number three.

Radar recently posted a video of Amber Portwood getting cozy with a new mystery man, and they reached out to Matt for his reaction. In a post titled “Matt Baier Exposes Shocking Details Of Her New Secret Romance,” Matt shockingly said: “I have no idea who he is.”

“The most important thing is Amber is happy and safe,” Matt revealed. “Amber and I were inseparable for over 3 years and we built a life together. When you love somebody that much, all you want is for that person to be happy. I support all good decisions Amber makes.”

Matt went on to say that although he and Amber are “over forever,” they are still very close: “We have always been the best of friends. So she knows I am always here if she needs me and has my support.”

Radar kept Matt talking long enough for another article, in which he “Tells All On New Life After Nasty Amber Portwood Split.” The “all” is that he is currently living in Las Vegas. That’s pretty much it as far as details on his new life after the nasty Amber Portwood split. He added, “I competed in the World Series of Poker and did really well. I’ve won quite a few poker tournaments!” (As we previously reported, Matt did OK; I don’t know about “really well.” He paid $10,000 to enter and didn’t finish well enough to win anything.)

Once again, Matt is willing to talk at length about other stuff, including whether or not he expects he will return to Teen Mom OG. “I’m sure I’ll appear on the show in the future,” Matt boasts. “I don’t know how they can write off someone who has been this much of a lightning rod.”

So what about looking like a douchy jerk? You guessed it: relapse. “I was crazy high in the episodes,” Matt says. “I had a bad relapse this year. I’m taking my sobriety seriously now again. That needs to be my main focus. I need to stay as sober as possible. I’ve been sober for the last couple of months. I’m not going to [go] back.”

And what about his relationship with Amber’s daughter? “I have not talked to Leah in the last few months,” Matt says. “I was her stepdad for three years. I helped raise her. I will be part of her life if Gary and [his wife] Kristina allow it. I miss her terribly.”

Matt is asked whether or not he is seeing anyone new romantically, but his response was a simple “No comment.” Matt had hinted there might be another super lucky lady with a recent Twitter photo. The pic showed a “Hollywood NEXT 7 EXITS” road sign, and the caption “Road trippin’ with #bae ?” 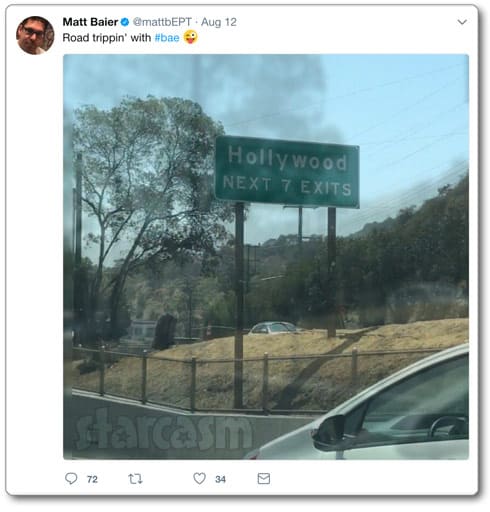 Meanwhile, Amber Portwood is back to being aggressively defensive after she received some criticism for moving on from Matt so quickly. “There’s nothing wrong with dating over 3 months after breaking up with someone… crazy how people judge and are so quick to talk sh!t? FYou” Amber tweeted.

A “Hatter” account shared some screen caps of the video featuring Amber and her hatted beau and sarcastically wrote: “#AmberPortwood has FINALLY moved on from that old weasel Matt! Peep her new cowboy, he has a #DavidEason vibe! YAAAY AMBER ?? #TM #TMOG”

That DID NOT sit well with Amber AT ALL! “Who the f**k do yhou losers think your talking about. You all are disgusting making fun of depression? Wtf is wrong with your nasty ass??” Amber tweeted. “He wore the hat as a joke you uptight idiots lol he’s from Cali..dumb and disgusting. Very comical to read also though lol ?”

The Hatter account returned to make fun of Matt’s age and Amber’s weight with this Family Guy animated gif:

Amber responded with the selfie below, along with the caption “Lol damn I look good..#Hamber #allsizesarebeautiful #sendlovenothate.” 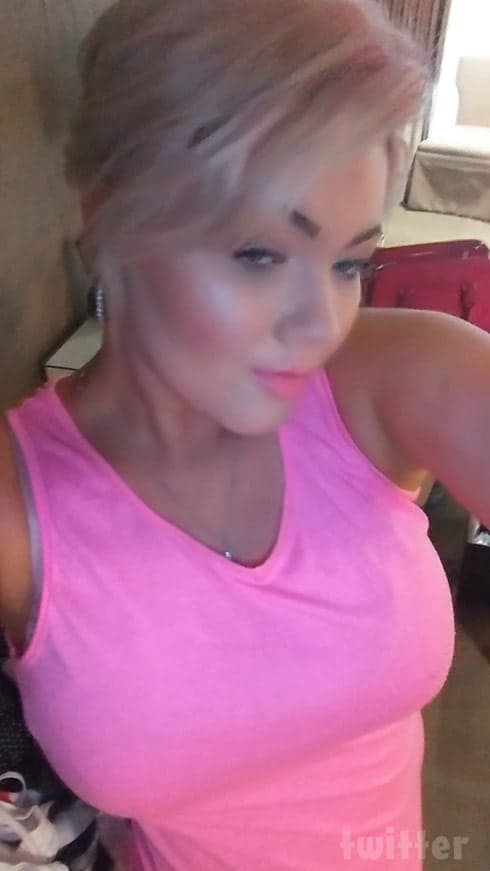 Sad I'm more of a savage then anyone talking about me…?? #comegetsome? #readyalways ?

The reality star and mother of one revealed that her new love interest is older, though dramatically less so than her 46-year-old ex Matt. “I’m 27 he’s 33…” she tweeted.

Amber also responded to someone criticizing her for bringing so many men into her daughter’s life. Amber rightfully defends herself by pointing out that she and Matt were together for 3 1/2 years. (Clearly the issue was quality not quantity.) “No offense, but when you have a daughter involved, bringing new guys into your life continuously isn’t healthy,” reads the critical tweet. “That’s true if I actually did that?” Amber replied. “I only brought Matt in and we were together over 3 1/2 years..”

But no one brought up the subject of the many dogs Amber introduced into Leah’s life. (Sorry, I couldn’t resist!)

So, in summary, here’s everything we know so far about Amber Portwood’s new boyfriend: He is a tall, 33-year-old, bearded man from California who doesn’t normally wear cowboy hats. We should all know more soon, however, as the mystery man has reportedly been filming for the upcoming season of Teen Mom OG! Lord, I sure hope for Amber’s sake that he is a good guy.

Catelynn Lowell before and after weight loss photos

The original Teen Mom is reportedly coming back, but without Farrah Abraham