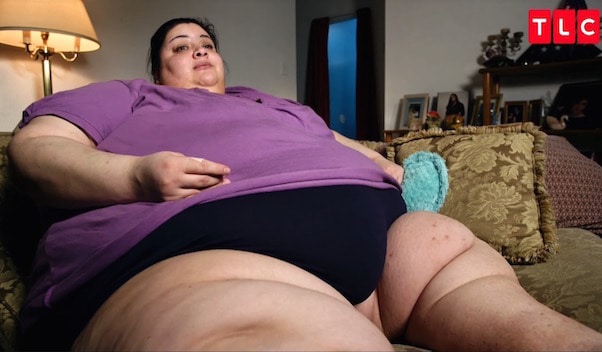 My 600 Lb Life Season 6 star Karina Garcia has found a new personal trainer: fellow cast member Lupe Donovan’s husband Gilbert Donovan, who Karina also says is her “best friend.” Karina and Gilbert have had a working relationship for months, but only went public with it on social media fairly recently. In addition, the pair revealed a *ton* of new information on Karina’s health, Gilbert’s current relationship with Lupe, whether Gilbert and Karina are a couple, and whether Karina will feature in a follow-up episode anytime soon.

Karina Garcia began her weight loss journey at a peak weight of 633 pounds, but managed to lose a total of 235 pounds while filming for her first My 600 Lb Life episode. However, Karina didn’t have the most supportive family, and one of her post-show goals was to move out of her parents’ house as soon as possible.

The last time we checked in with her, Karina revealed she’d recently been the victim of a catfishing attempt — something that happened to her fairly regularly.

“I have [met] alot on Facebook like that already,” Karina explained, after several of her followers told her that a man in her comments was using a fake profile pic. “I have had [that] done to me already 8 times. I never give them money or anything like that.”

Gilbert Donovan, in case you need a refresher, is married to My 600 Lb Life Season 4 cast member Lupe Donovan (née Samano). He earned the ire of viewers after pressuring Lupe into post-surgery sex, claiming his “needs” couldn’t be tamed. The result was re-opened stitches on Lupe’s body, and several infections.

Then, in a later scene, Gilbert revealed he’d been seeing other women behind Lupe’s back. The pair’s relationship was on life support for months, though Lupe did at one point say she and Gilbert had been “rekindling” their passion for each other. However, by the end of 2017, they had filed for divorce. (More on Lupe and Gilbert’s divorce in a moment.)

As for Gilbert and Karina Garcia getting together: the two of them live in San Antonio, while Lupe still calls southern California her home. It seems Karina and Gilbert had been working together as trainer and trainée for some time before more or less going public with the news in a Facebook Live vid this past February. The video isn’t embeddable, but you can — and should — check it out here. Emphasis on “should”: in the video’s edited caption, Gilbert says he’ll have to take it down “due to contract.” It’s still up as of this writing, though who knows for how long. 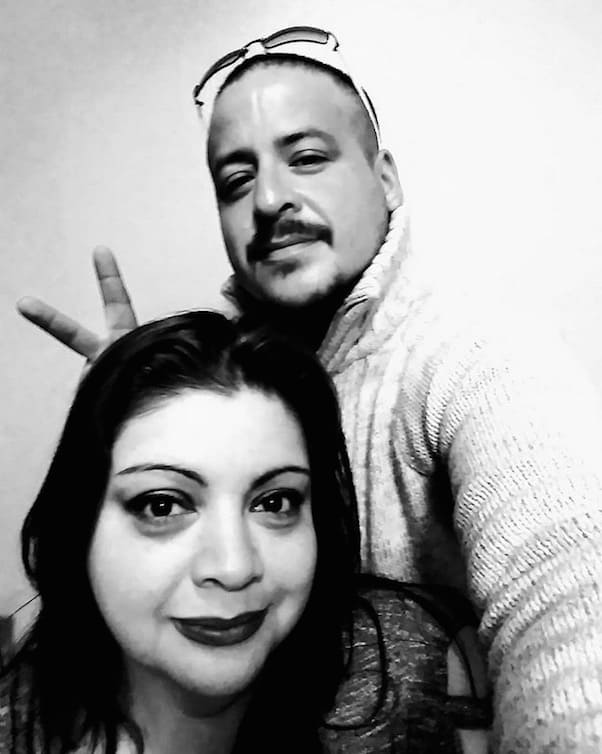 Karina Garcia and Gilbert Donovan in March of 2019

Karina and Gilbert say they met when Karina reached out to him on Facebook for help losing weight after her episode had aired in early 2018. Gilbert added he didn’t know that Karina was also a My 600 Lb Life cast member, and that she “should have told” him before they started working together.

Not that that stopped the questions from coming. As you’d expect from a stream like this, the topics are about evenly split between diet and exercise tips — and what exactly is going on with this relationship / love triangle. Which is where Gilbert and Lupe’s marriage comes in. According to Gilbert, he actually filed for divorce from Lupe a little over a year ago (so, at the end of 2017 or beginning of 2018, which is roughly in line with he and Lupe’s public statements). But Lupe, for various reasons including recent emotional health problems, hasn’t signed them. So, while they remain separated, Lupe and Gilbert are legally still married.

Here are Gilbert’s comments on he and Lupe’s ongoing divorce:

Right now, me and her, we’re currently still married. I went ahead and I filed for divorce, and I waited for her to sign the papers, but she never did…I’m here working out with Karina to get her health better, and along with me. I talked to Lupe about all this, and…she said something about coming over here, to San Antonio, or me going out to California to help her. I’m still gonna be there for her, ’cause I’m the type of guy, it doesn’t matter. I know we got married, I know we been through a lot of stuff. But I’m a good guy at heart, and right now, that she needs my help, so I’m gonna help her regardless or what people say. It don’t matter what people say. What matters is what God says.

Elsewhere on Facebook, both Gilbert and Karina have responded to fans who are either confused or concerned about the nature of their relationship. “Karina Garcia and eye [sic] are as of blood family,” Gilbert told one follower a few weeks ago. “Its my new mission to awaken her on a new path to a healthy lifestyle and a successful career taking back her life and the world.”

It’s Karina who gets most of the concerned comments. “Thank you for trying to watch out for me,” she said, in response to a string of comments last month, “but I’m and adult and if I chose to have Gilbert Donovan Jr. In my life as my best friend is my choice and you don’t know him in person so why judge. What he said is true so I would really appreciate if you would not talk bad about my best friend.” 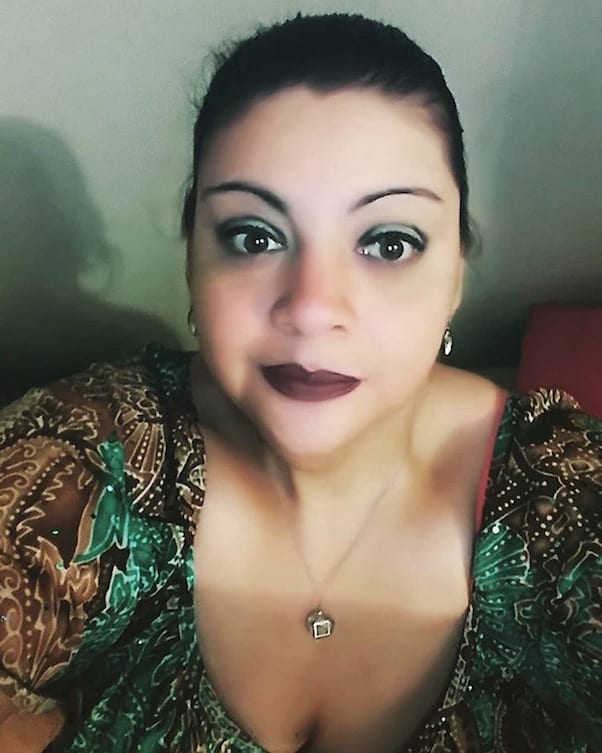 A solo shot of Karina Garcia from March of this year

In a definitely healthy My 600 Lb Life Karina Garcia update, Karina also says she’s “nearly lost half [her] weight in the last year,” and she’s just “trying to keep on doing it.” And it sounds like we’ll all get to see her hard work pay off very soon. Karina confirmed in the Facebook Live video that she’s been filming for a Where Are They Now? episode, and that it will likely air this year. Gilbert let slip that, at the time, it was possibly supposed to air “in a couple weeks.” But Karina quickly shut that down, saying, “They’re still working on it.”

Finally, Karina has been motivated and healthy enough to go back to work, something she said was one of her goals after her episode aired. She started a job at Neiman Marcus this past January

Where Are They Now?‘s new season is expected to begin this spring, once My 600 Lb Life Season 7 finishes airing. Until then, you can revisit Karina’s debut episode here, via TLC.

My 600 Lb Life deaths: What happened to Henry Foots from Season 1?

MY 600 LB LIFE Why did LB Bonner commit suicide?