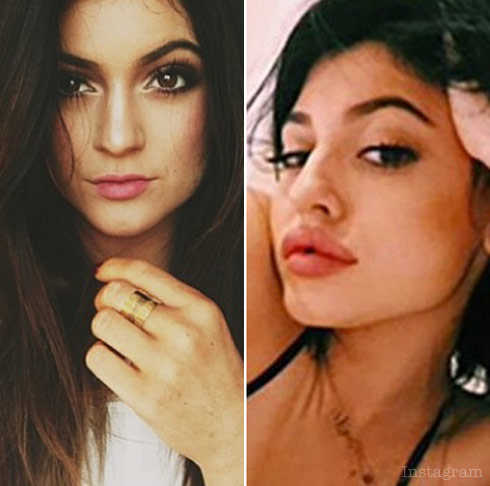 It’s hard enough keeping up with the Kardashians, now we’ve got to keep up with the Jennershians?

Anyways, 17-year-old Kylie Jenner sent speculations soaring recently with some Instagram pics that showed off some seriously lush lips. She denied having any work done on her face but this, of course, didn’t keep folks from talking about the change in appearance – and theorizing that girl had lip injections.

Kylie apparently got fed up with all that mess as she got philosophical about the whole thing and sh*t with a couple of tweets on the topic.

how long are we gonna talk about this lip thing lmao

She may be LMAO but she certainly hasn’t been laughing her lips off… Kylie followed up by writing, “Let’s get a [SIC] our lives together guys and talk about some important sh*t.”

In the image above you see Jenner from approximately a year ago and then from an Instagram image that she shared and then deleted at about the same time as her Twitter plea. 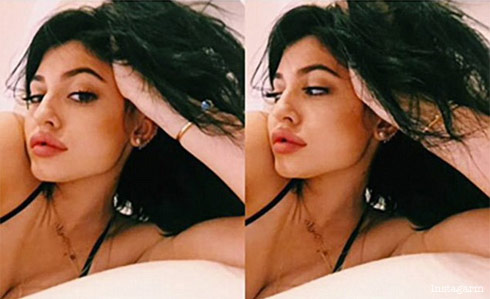