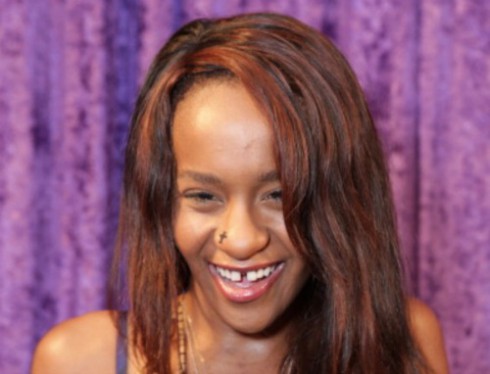 I am aware that you (Pat) were audited regarding my niece’s Estate and could notaccount for where certain monies went! And it came from a great source in the Houston family. Why don’t you focus on telling the world where that money went, instead of trying to see to it that Bobbi Kriss leaves her REAL family? My God! If Whitney was here! You would have been LONG GONE! Better yet, if Whitney was here, YOU WOULD NOT BE ANYWHERE NEAR HER ESTATE OR MY NIECE FROM THE B GIN!

Bobby Brown, though, is “indignant” about his sister Leolah’s words, and says she’s making up everything she said in a desperate bid for attention. Brown, who had been in a near-open feud with the Houston family for much of Bobbi Kristina’s hospitalization, has been much quieter of late.

And it was a Houston family source who corroborated Bobby’s feelings on the matter, saying that it’s untrue Pat Houston is not allowed near Bobbi Kristina, and likewise untrue that Bobby Kristina’s condition “continues to improve.”

The source went on to imply that the stress the family is under is taking a measurable toll:

Bobbi Kristina remains completely unresponsive. She cannot communicate. The heartbreak and the pain we feel in seeing her that way is beyond words. No one is trying to pull the plug. No one is saying goodbye….[Bobby’s] always been a little brother to [Pat]. She’s like a big sister to him whether he likes it or not. They have a relationship. He’s the father and Pat respects that very much. There are no issues between her and Bobby. If something comes up, they deal with it.

And as for recent reports that Bobbi Kristina’s health costs are a major issue for the family, that’s also untrue. Health insurance bears the brunt of Bobbi Kristina’s medical bills: “Krissi is covered. That was made sure of many years ago.”