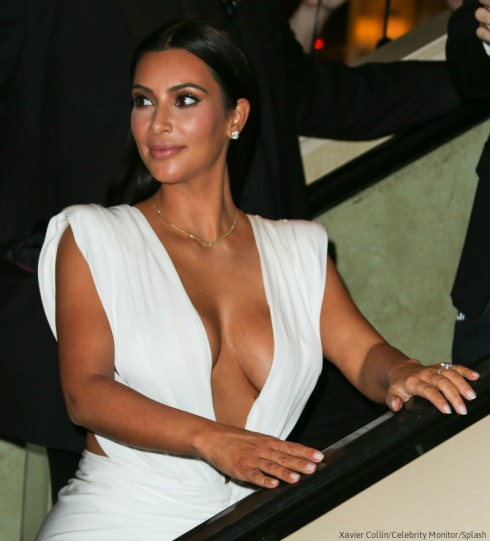 After attending the fifth game of the World Series, Kim Kardashian stuck around San Francisco to speak at Re/code’s Mobile Tech Conference. She might not seem like the obvious choice for a featured speaker, but remember that her Kim Kardashian Hollywood app rakes in an estimated $700,000 per day.

During her on-stage conversation with Re/code co-editor Kara Swisher, Kim talked about her favorite app (Instagram), why she prefers BlackBerry over the iPhone (even though she has multiple versions of each) and what’s next for her app (a possible FaceTime feature). Kim also talked about not getting due respect…

“I think when people hear that I might have gotten success off of a reality show, they take that as a negative,” Kim said. “We’re in our tenth season. We have more episodes than I Love Lucy. We have so many milestones that people don’t think about.”

She explained she works harder than many people realize.

“I wake up every single day at 6am, and go to the gym, and get my daughter up, feed my baby, film all day, sometimes don’t finish until 8 or 9 pm, and that’s every single day, six days a week, for five months straight while we’re filming,” Kim said. “I don’t think reality TV gets the respect it deserves.”

Although Kim seemed pretty serious when demanding respect, she proved she can get in on the joke with her appearance on last night’s episode of Two Broke Girls.