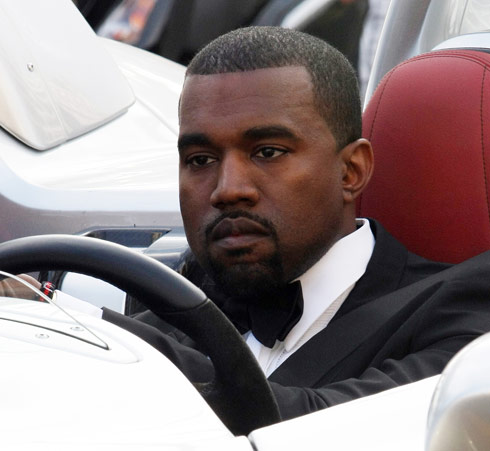 Can you believe there’s a Kanye West musical? As if he needs a little more fire to stoke his ego (though it was dampened a bit after TaylorSwiftgate, that shit rises from the ashes like a hubristic Phoenix.)

Two Australian students got a hair-brained idea to do Kanye: The Musical that’s about West’s ascendance from, “humble beginnings writing beats for Jay-Z to the top of the pops remixing Daft Punk.” If you personally need to know who to blame for this their names are Phillip Roser and Damien Higginbotham and their official page for their “work” can be found here.

According to that FB page Kanye: The Musical is:

“A story of a struggle against the man to become the man. It’s about a guy who took a shot at the throne and didn’t miss. This is the tale of Kanye.”

Roser will play the role of the man Kanye while Higginbotham will pull multiple roles as West’s mom, the late Donda West; designer Marc Jacobs; and even a “Spooky Dracula.”

We didn’t realize Dracula and ‘Ye went back that far!

The production is set to run September 5 through 7 at the Cellar Theatre during the University of Sydney’s Verge festival.