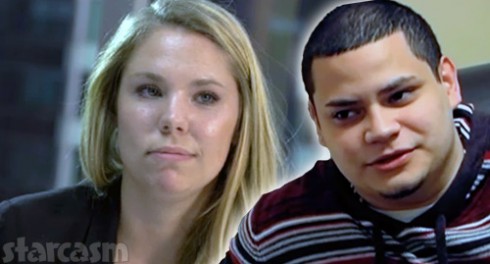 That leads to the question: Did Jo’s presence contribute to Kailyn’s relationship problems, as it has in the past? Apparently not: in a new interview for MTV, Kail said she doesn’t have any real relationship with Jo.

“I have no plans to be in Jo and Vee’s baby’s life,” Kailyn said of the couple, who are expecting a baby girl this fall. “If Isaac asks me questions about his new sibling, that’s fine — but other than that, I feel like they’re a completely separate family. So I don’t have any connection.”

Even though her relationship with Vee has come a long way in recent years, Kailyn said they aren’t buddy-buddy either.

“Vee and I don’t have any reason to talk,” Kailyn said. “We just live completely separate lives. If she comes to, you know, an event for Isaac great. If she doesn’t, she doesn’t.”

The good news is that Kailyn and Javi’s marriage is doing much better now that the cameras are off:

In the caption of a recent Instagram post, Javi said he and Kailyn “made it” past the worst times:

You guys are really gonna see a different side of us this season that I’m not looking forward to. There was a point in our marriage that was extremely difficult. Makes me emotional to think about how we were. I’m not gonna give too much away, but just want yall to know it’s worth it to keep fighting. Seriously. Ps it’s behind us babe. We made it.

Even more recently, Kailyn bragged that Javi should win Husband of the Year for surprising her by flying her best friend in from New Mexico.

Watch everything play out during the new season of Teen Mom 2, which premieres on MTV on Thursday at 10/9c.