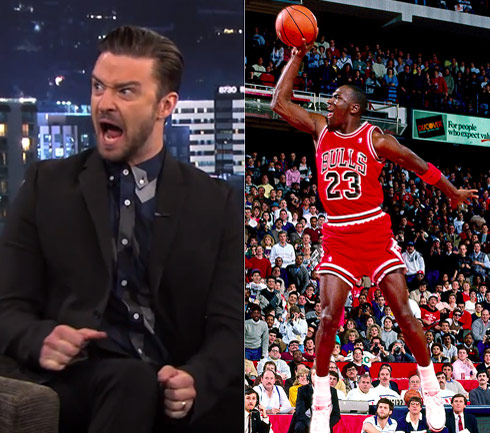 It was a JT-fest Tuesday night on Jimmy Kimmel Live! and during the Timberlake festivities Justin shared a funny anecdote about the only time he’s ever really lost his mind, and a little bladder control, when meeting a celebrity.

Justin revealed that his childhood hero wasn’t any musical legend but instead Michael Jordan, widely considered to be the greatest basketball player of all time. “Well my biggest idol when I was a kid was Jordan, Michael Jordan. You know I was a big sports nut and I thought for sure I was going to play in the NBA. It’s the only person I ever met that I actually freaked out when I met.”

Here’s the clip cued up to Justin’s “How I met MJ” story:

Timberlake revealed, “It was at some function and everyone was like, ‘Michael Jordan’s here! Michael Jordan’s here!.’ And so I walked up and tried to play it cool and said, ‘Hey man, you know I’m obviously a big fan and I’m sure everybody’s gonna be getting at you so I just wanted to say hi before it got too crazy.'”

And then JT reenacted his meeting-Jordan-face which looked like this: 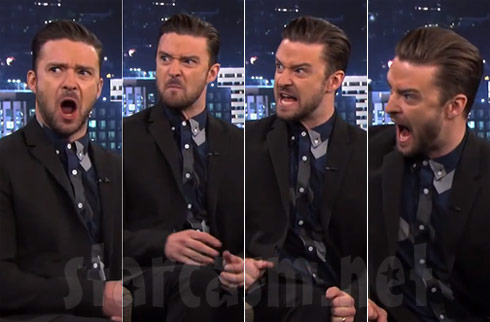 Justin went on to talk about playing golf with Jordan and how Michael challenged him to play for a million dollars a hole and other enviously cool stuff like that.