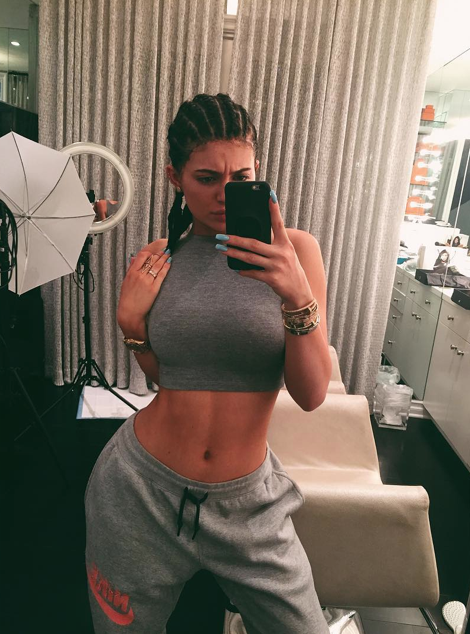 Justin Bieber has come to Kylie Jenner’s defense in the ongoing argument over whether Kylie’s cornrows are racist. Yesterday, the oft-derided pop star commented on the above photo on Kylie’s Instagram page, hours after Hunger Games star Amandla Stenberg’s initial interrogation sparked a furor.

“lets focus on the bigger picture,” Bieber suggests, “and instead of fighting over something stupid lets do something about equality, but it doesn’t start here blasting a 17 year old kid for wearing braids smh.”

Of course, it’s was Stenberg’s initial point that the Kylie Jenner cornrows are part of the bigger picture, and that overlooking the cultural appropriation they represent is in fact related to issues of equality (and inequality). Here is Stenberg’s initial response to the cornrows, which she also left as a response on Instagram:

Kylie Jenner, for her part, has mostly stuck to tweeting about her new line of Pac Sun clothing for the back-to-school set. She did, however, recently suggest–again, on Instagram–that she wishes she could put the whole controversy behind her:

Post shaved head ? thinking about just shaving it off again