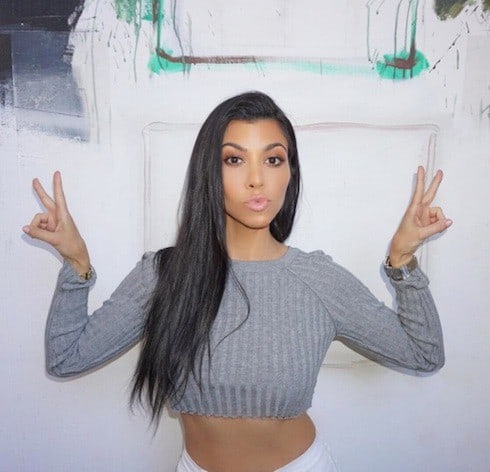 The Kourtney Kardashian pregnancy rumors have the Kardashian clan “furious” with its oldest daughter. 36-year-old Kourtney and 22-year-old boy toy Justin Bieber have been hooking up on the regular since October, and the apparent result is Kourtney Kardashian pregnancy that’s four months along. We brought you the initial story earlier this week, and were able to cite a series of reports that claimed both Kourtney and Justin were over the moon about the baby they’d created: Justin is apparently eager to be a father, and Kourtney, who’s had a rough go of things trying to reconcile with former flame Scott Disick, is said to welcome the new chapter in her life.

Part of the reason the pair is happy together? They’ve reportedly gotten much better at communicating: an article at The Blemish points out that their main early source of contention was Justin’s loudmouthed ways. Now, though, he’s “learned to keep his mouth shut,” and respects that Kourtney “needs him to be discreet.” Of course, it doesn’t hurt that, according to their source, Kourtney is the best lover Justin’s ever had. 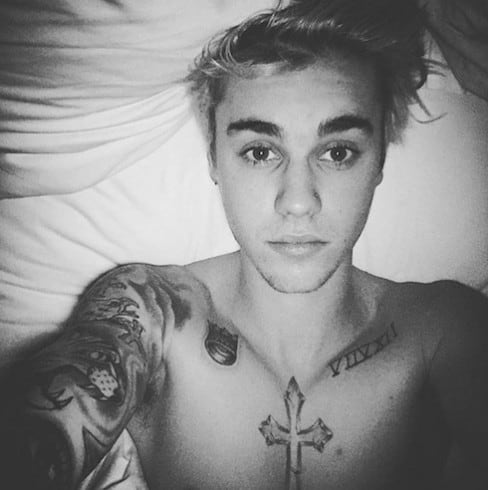 Meanwhile, the Kardashian family has a very different feeling about the Kourtney Kardashian pregnancy. Kendall and Kylie Jenner are the first to make their feelings known; thanks to sources close to the sisters, who spoke to Hollywood Life, “furious” is the word that best describes their attitude. “They won’t be happy about a Bieber baby at all,” according to the article. “They already think Kourtney is addicted to having babies. They’ll just call her weird and desperate. But Kourtney is ready for their criticism,” which is rumored to be shared by the rest of the family, as well.

But Kris Jenner, Momager to the core, is said to be working on a plan for maximum exposure and earnings. A new Inquisitr report has it on good authority that Kris is trying to help Scott Disick clean himself up and swing back into Kourtney’s good graces, so the pair can tie the knot for the benefit of Keeping Up With The Kardashians‘ cameras. It looks like Kris has had general wedding arrangements on standby for months: “Every time [Disick] relapses, she just pushes the date back a few months,” claims that report. It’s classic Kris, turning a blind eye to Scott’s issues, all she can think of is money and opportunity….She knows there are huge bucks to be made if Scott gets his act together and agrees to walk down the aisle with Kourtney.”

And Kourtney has fans buzzing about pregnancy possibilities, courtesy of her most recent tweet:

I have even crazier dreams when I’m sick. ???❤️

VIDEO – Enrique Iglesias makes out with fan on ‘The Today Show’