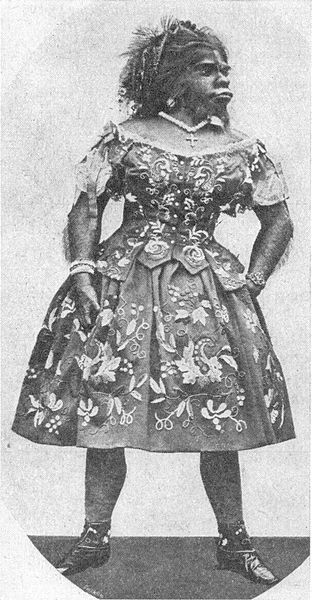 More than 150 years after dying from complications of childbirth, the body of Julia Pastrana is back in her native Mexico. Pastrana died in Europe, where she was exploited in traveling shows that deemed her the “Ape Woman.”

Pastrana was born in 1834. Although it went undiagnosed in her lifetime, later research proved that Pastrana had congenital terminal hypertrichosis, a condition that caused her face and body to be covered with an excessive amount of thick hair. She also suffered from gingival hyperplasia, an overgrowth of gum tissue that made her lips and gums to grow thicker that often accompanies congenital terminal hpertrichosis.

Charles Darwin described Pastrana in his book “Animals and Plants Under Domestication.”

“Julia Pastrana, a Spanish dancer, was a remarkably fine woman, but she had a thick masculine beard and a hairy forehead; she was photographed, and her stuffed skin was exhibited as a show; but what concerns us is, that she had in both the upper and lower jaw an irregular double set of teeth, one row being placed within the other, of which Dr. Purland took a cast. From the redundancy of the teeth her mouth projected, and her face had a gorilla-like appearance.” 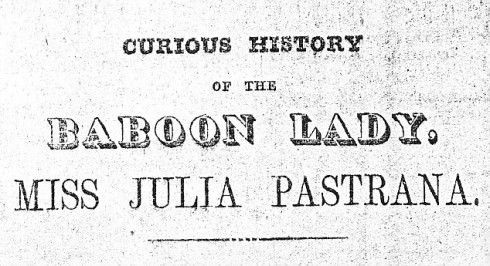 By all accounts, Pastrana was a caring, musically and linguistically talented woman who gave generously to charities. Yet, people struggled to look beyond her appearance. The saddest aspect of Pastrana’s story was her tragically unrequited love with her husband, Theodore Lent.

In 1854, a Mexican customs agent bought Pastrana and began displaying her with human oddity exhibitions. Along the way, she met and married Lent, who became her manager.

“She was definitely in love with Mr. Lent,” said Jan Bondeson, a rheumatologist at Cardiff University in Wales, whose book “A Cabinet of Medical Curiosities” includes a chapter on Pastrana. “I am certain the reason he married her was that he could keep control of her and the not unconsiderable earnings.”

Pastrana gave birth in March 1860 to a son who inherited her congenital terminal. The baby died at birth and Pastrana died five days later. Rather than grieve for his wife and child, Lent saw it as an opportunity to grow his fame. He had both bodies embalmed and continued touring with them. 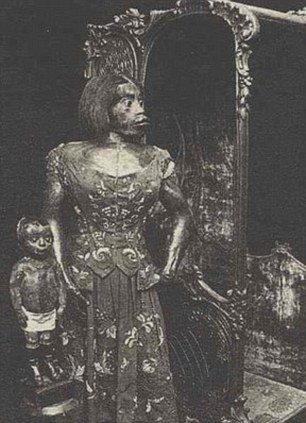 Lent added to his “collection” by marrying a Mexican bearded lady, who he referred to as Pastrana’s sister. He died in 1884 at a Russian mental hospital, but Pastrana and her son remained on display until 1976 when they were stolen from a fairground in Norway. According to the Daily Mail, the bodies were later found in a trash bin, but the son’s body could not be salvaged. Pastrana’s body was placed in storage at Institute of Forensic Medicine at the University of Oslo in 1996.

Pastrana’s body would likely have remained in the storage unit if not for the efforts of Laura Anderson Barbata, a New York artist who designed costumes for a play that her sister wrote about Pastrana’s life.

“I felt she deserved the right to regain her dignity and her place in history, and in the world’s memory,” Barbata told the New York Times.

After a long battle with the University of Oslo and Norway’s National Committee for the Evaluation of Research on Human Remains, Pastrana’s body was finally transferred into Mexican custody last August. She was laid to rest near her birthplace in Sinaloa de Leyva on Tuesday.