Paul Karason, a man who turned himself blue by drinking silver, passed away at age 62 Monday after suffering a stroke. He used the silver as a home remedy for severe dermatitis, and didn’t stop once he showed signs of argyria, a permanent color change of the skin due to silver deposits. But Paul Karason is not the only blue person who’s ever lived, several other documented people have had their skin tone changed by using silver as a medicine, and then there are the Fugates, a family in Appalachian Kentucky known for their bluish skin tone. 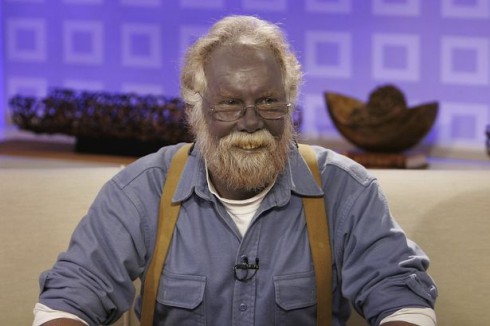 Even though it turned him blue, Karason was a firm believer in the health benefits of colloidal silver, which he first discovered in an ad of a New Age magazine, and took regularly for at least 15 years. He said when he first started taking it he noticed that his acid reflux and arthritis symptoms had disappeared. He didn’t notice a change in his skin tone until a friend pointed it out.

“And he looks at me and he says, ‘What have you got on your face?’ ‘I don’t have anything on my face!'” Karason said. “He says, ‘Well, it looks like you’ve got camouflage makeup on or something.’ And by golly, he came in and he was very fair-skinned, as I used to be. And that’s when it hit me.”

Silver’s disinfectant properties have been known for thousands of years, and date back to ancient Greece and Rome. Back then silver was used in dressings to treat wounds, and used to disinfect water and to aid with food storage. Even so, it’s still not known if taking silver internally is an effective treatment of anything, and there are some serious risks. In 1999 the FDA banned colloidal silver sellers from claiming therapeutic or preventive value for the products, but they are still sold as dietary supplements.

U.S. National Center for Complementary and Alternative Medicine (NCCAM) says that marketing claims about colloidal silver are scientifically unsupported, the silver content of marketed supplements varies widely, and colloidal silver products can have serious side effects such as argyria, but can also cause kidney, liver, or nervous system problems.

Karason’s estranged widow Jo Anna Karason told The Today Show that Paul had other health problems besides argyria, mostly related to his heart. He was a heavy smoker for years, and had had a triple bypass surgery five years ago. She says he’s been unable to work for a while, and spent his time reading historical books and watching the History Channel. “He didn’t like to go out in public much — only when he thought he needed to, like to go to the bank or to pick up tobacco,” she said. 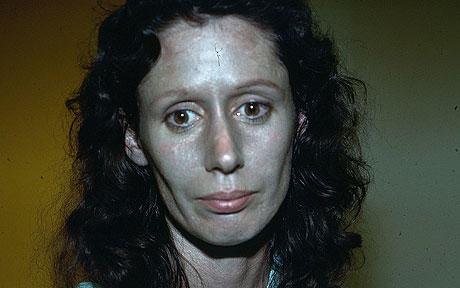 Rosemary Jacobs got a permanent silver glow to her skin after ingesting a silver based medicine for three years as a young teen. At the time she had no idea that the side effects of the nose drops prescribed to her for allergies could cause her skin to change color. After several years of using the drops “as needed,” her skinned changed permanently. Her friends and family didn’t notice at first, but a nun at her candy striper class noticed her “gray” appearance and recognized it as a side effect of nose drops containing silver.

She underwent a dermabrasion in her mid-thirties, which removed the top layer of her skin, resulted in some of the silver being removed. Her face and neck are still silver, but she does have patches now that are more pink. Rosemary has a website and blog where she tells her story and speaks out against the use of colloid silver in alternative medicine.

“Silver is still present in lots of products sold on the internet,” Jacobs has said. “Taking it will ruin your life and people need to know that.” 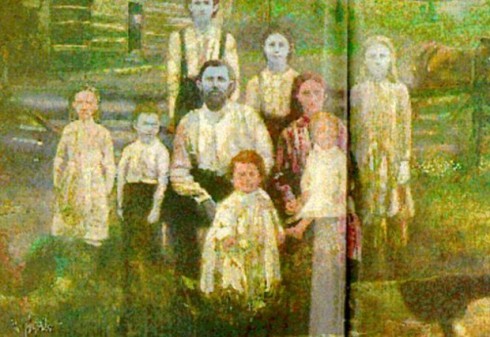 When people hear about Paul Karason, they often think of the blue-skinned Fugate family of Kentucky, who were blue for genetic reasons. The blue skinned members of this family are traced to a genetic mutation that occurred when a French orphan Martin Fugate married fair-skinned, red-headed American Elizabeth Smith in the 1800s. Some of their children suffered from a condition called methemoglobinemia, which “reduces individual’s ability to carry oxygen in blood.” The Fugates remained in an isolated part of Appalachian, and intermarried with a neighboring family, which preserved the mutation, but kept it only in their gene pool.

There was talk of the Appalachian Blue men for a while, but doctors first became aware of the Fugates and their condition when descendent Luke Combs took his wife to the University of Kentucky Hospital in 1958, and the medical staff paid more attention to him than his sick wife. “Luke was just as blue as Lake Louise on a cool summer day,’ doctor Charles H. Behlen II told the Tri-City Herald in 1974.

The mutation didn’t seem to show any medical problems despite the reduced oxygen in the blood, and they found that, oddly enough, when people with the mutation drank a special blue drink it actually turned their blood a normal color, but they had to drink the solution every day to keep it up. People still have the recessive met-H gene, but it appears much less often now that the Fugate descendants are no longer isolated and intermarrying, and are therefore introducing more genes into their gene pool.