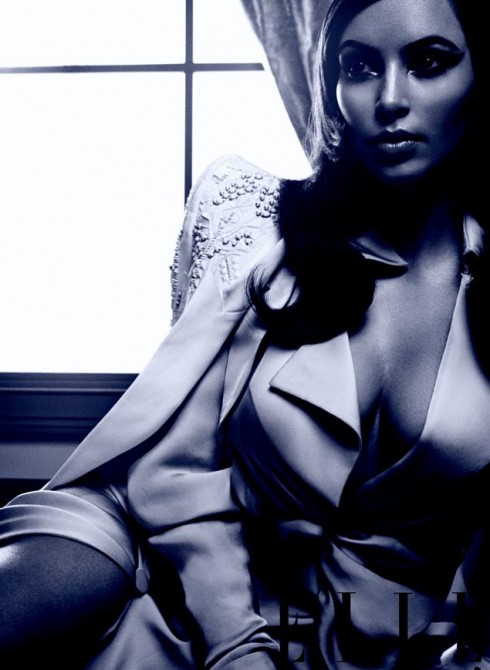 Kim Kardashian’s Elle Magazine photos were recently released on the web and will be appearing in the magazine’s March issue (on 2/19.)  While she looks stunning in the photos, it wasn’t easy styling her according to the man behind the shoot. Why, you ask? Apparently, designers aren’t exactly jumping to have Kim wear their clothes.

Kim, who recently debuted a sizable baby bump, was excited to work with stylist Nicola Formichetti, who’s known for styling Lady Gaga. However, things got hectic after several designers declined his request to have Kim wear their stuff. 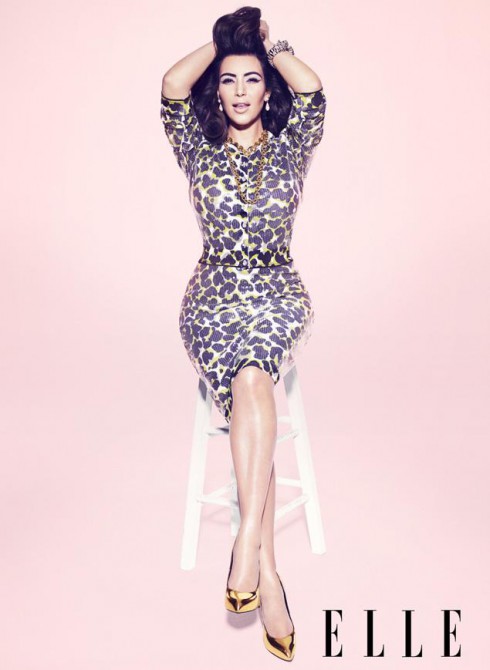 “People wouldn’t lend me the clothes,” he explains. “But that’s fashion snobbery.” Despite what Nicola calls a “challenge,” he made the most of what he was given and put together some great looks and you can see from the photos.

“I love being transformed and I love, like your, vision of who you think I am,” Kim tells Nicola in a behind-the-scenes video. “That’s always so inspiring to me and so interesting to see someone else’s take on me.”

Kim even showed up for the shoot alone, which is very out of character for her. Because of her celebrity status she typically has several people with her during shoots to make sure things turn out well for her image. “I travel alone, I show up for shoots alone,” she tells him. “I don’t have an entourage. And I’m sick of my family right now and they are my [usual entourage].”

Kim and Kanye announce the gender of their second baby