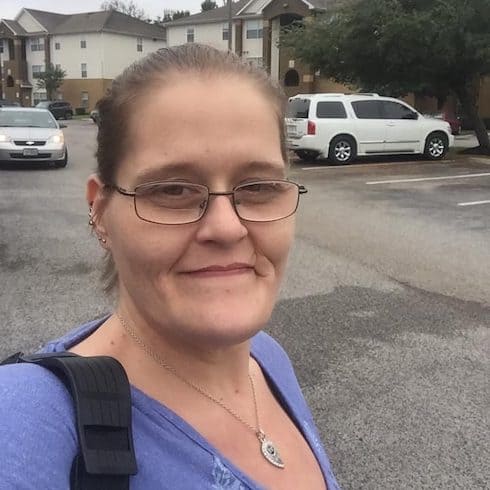 My 600 Lb Life‘s Charity Pierce has come a long way since her introduction to viewers, and lately has suffered and celebrated in equal measure. Charity Pierce today is counting her blessings after a close call in a car accident — and after welcoming a new addition to her family.

Charity’s most recent My 600 Lb Life episode was her Where Are They Now? follow-up from May of 2017. In that episode, we learned that Charity had managed to drop a total of 500 pounds from her peak weight of 778 (or an impressive 64.2% of that weight). Charity’s daughter, Charly, also decided she was determined to get serious about her health, and mother and daughter looked ready to support each other’s weight loss journeys going forward.

After that episode aired, though, Charity took My 600 Lb Life‘s producers to task for what she said was a total mischaracterization of events on her follow-up. Among other things, Charity wrote that the show’s producers tried to make it look like Charly and another family member were possibly engaged in an incestuous relationship.

“We do have mental issues,” Charity wrote, “but I assure you that incest is not one of them. I do have bipolar, depression, anxiety and panic attacks. But unless you have walked in my shoes and been through what I have been through, then you wouldn’t understand.” (Click here to read Charity’s full response.)

Since that fallout, there’s been a ton going on in her life. Charity Pierce today looks poised to move away from her Texas home, leaving her future on My 600 Lb Life in doubt.

But before we get to that — and to a few photos of Charity Pierce today — we need to get up to speed on some of the other big events Charity’s gone through. For starters, she and Charly were both in a scary-looking head-on auto wreck this past spring. Based on the photos Charity shared on her official Facebook page, it looks like both of the cars had to have been totaled:

Fortunately, both Charity and Charly were OK, other than a few bruises (and a nasty seat belt burn on Charly’s neck). And, according to a comment from Charly, the woman driving the other car was able to walk away from the accident as well.

In more recent news, Charity is sporting some brand-new ink. One of her tattoos reads like her own personal mission statement, and Charity had it done on a prominent part of her body for good measure: 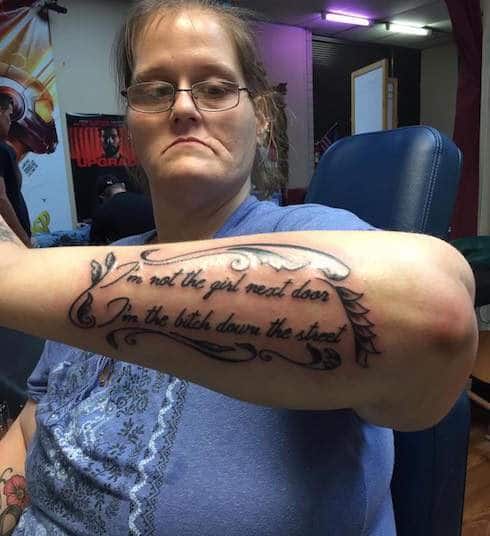 Charity shared the photo of her second-most-recent tattoo on November 7th. Given how often she updates on Facebook, it’s likely that that was the date she got the tattoo, as well. Then, on November 12th, Charity shared a photo of another new tattoo, and gave the photo a definitive caption: 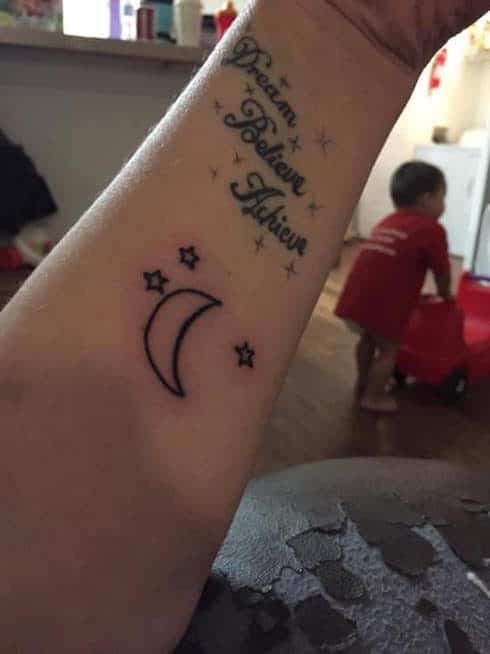 “Gonna miss some ppl in Texas❤️❤️,” Charity wrote. Based on that caption, a comment she made several weeks ago about how she couldn’t wait to leave the Texas heat, and a separate comment from an extended family member asking when Charity will be back in Iowa, it looks as if the My 600 Lb Life Season 3 star is ready to pull up stakes and return to her home state.

Lastly, there’s been a bit of extra good news for Charity of late. On October 28th, a very close family friend gave birth to her third child. Though they aren’t related by blood (at least, they don’t *appear* to be), Charity considers the friend a second daughter — which is why she’s been referring to the brand-new baby as her grandson. 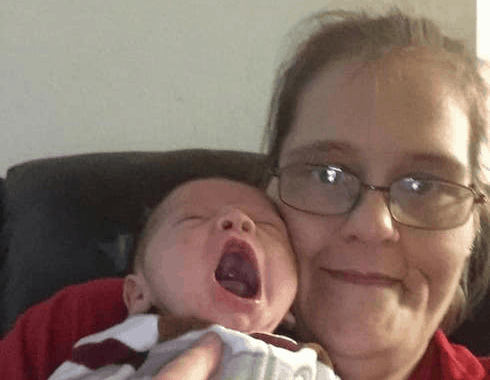 We wish Charity all the best as she moves away from Houston and begins the next chapter of her weight loss journey. Hopefully, the move doesn’t mean she’s done with My 600 Lb Life just yet.

You can stream Charity’s My 600 Lb Life debut here, and her Where Are They Now? episode here, both via TLC.