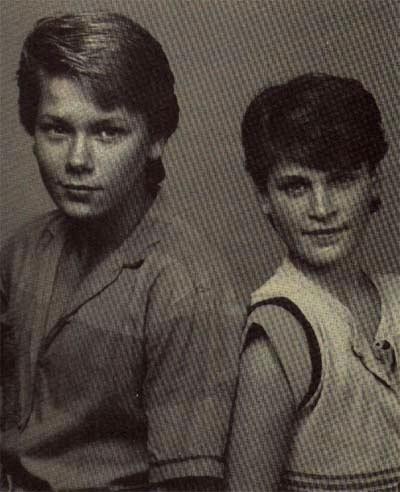 20 years ago tomorrow Hollywood darling River Pheonix, who at the age of 23 was already one of the greatest actors of his time, died from a speedball (heroin and cocaine) overdose at Johnny Depp’s Viper Room club on the Sunset Strip.

In memory of River, we dug up this old clip of him and his brother Joaquin (who asked to be called Leaf from ages 4 to 15,) acting together for the first and only time in a 1984 TV movie called Backwards: The Riddle of Dyslexia.

River and Joaquin had an unconventional childhood with parents John and Arlyn Bottom and siblings Rain (later Rainbow,) Summer, and Liberty. The family lived for a time in Puerto Rico running a branch of the religious cult Children of God. At that time River and Joaquin helped feed their family by busking for change. To be more successful, the children developed musical routines that they later revisited on the streets of L.A.

They eventually left Children of God when the demands of the leader became stranger and more sexual. The group would practice “Flirty Fishing,” which asked the women to have sex with men to bring them to God. The cult’s leader also encouraged children’s sexuality to be explored, arguing that if they weren’t meant to be sexual, it would not feel good to them. Later later revealed that he was sexually molested for years, starting at the age of four, while they were involved with the group.

The family eventually ended up in L.A. when a talent agent agreed to see River and were left without much income again after father John injured himself at work. To make a fresh start, the family changed their last name to “Phoenix.” River quickly found some success auditioning for commercials at age 10, but to make ends meet before River fully broke into the industry all five of the Pheonix children would perform musical routines on the streets of L.A. To supplement this income, mom Arlyn, who eventually changed her name to Heart, got a secretary job for the head of casting at NBC, so she was able to learn about the industry while earning some money for the family. 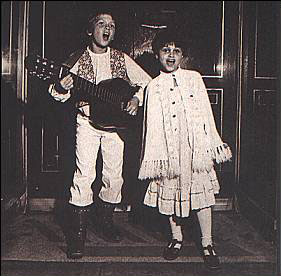 River and Rain Pheonix on the streets of L.A. 1982

Who is Shine from Black Ink Chicago? (And did he get with Lily?)