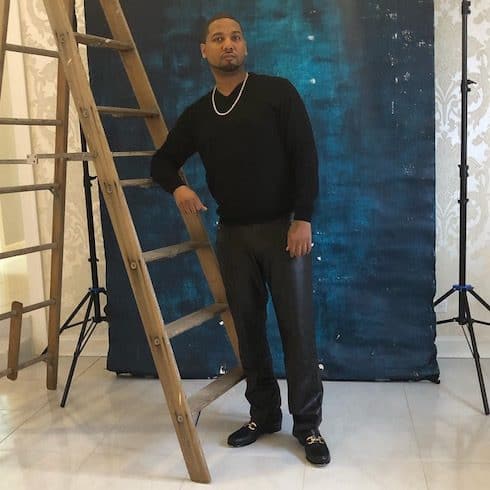 It’s been a busy few months for Love & Hip Hop New York star Juelz Santana. The Diplomats rapper made a big splash when he and Kimbella returned for LHHNY Season 9 after a multi-year absence. And the two of them finally tied the knot last month, in a huge ceremony that was as gorgeous as you’d expect.

And gliding over all the good news, like a Walt Whitman reference in a Breaking Bad episode, was the impending start of the Juelz Santana prison term, following Juelz’s sentencing on firearms charges. Juelz was arrested after bringing a loaded pistol onto an airplane at Newark International Airport last spring, so the sentence has been in the news for awhile. But when will Juelz’s prison term actually begin — and end?

As we reported when the news was first announced, the 36-year-old will serve 27 months in total in a Virginia federal prison. And initially, Juelz sentence was to begin at the end of 2018. But he got one extension after arguing that he had to play a New Year’s Eve gig, one that had long been advertised.

So the Juelz Santana prison term got bumped to a late January start. Except that Juelz then argued he couldn’t go to prison until he’d “to Georgia in mid-February to attend a Tyler Perry Reunion shot at Perry’s Atlanta studio.” Apparently, Juelz’s legal team argued that the shoot was in some way “connected to [Juelz’s] participation in the television show Love & Hip Hop.” And since Love & Hip Hop New York is vital to Juelz’s ability to provide for his family, he couldn’t miss out before checking in.

(Interesting side note: It looks like either Juelz fudged on the details, or there was a legit miscommunication between his legal team and the judge in the case. Per The Blast, Tyler Perry later said that he had absolutely no connection to Juelz, other than the LHHNY Season 9 reunion being filmed at Perry’s Atlanta studio.)

In any case, it doesn’t look like the judge has tacked extra months onto Juelz’s sentence for lying, so we’re inclined to believe the whole thing was a mix-up. Juelz is now scheduled to begin his sentence on February 28th, 2019. He’ll therefore be released on May 28th, 2021. LHHNY Season 12 should be just about ready to start filming by then.

In fact, the 2020-21 season should see a flurry of Love & Hip Hop cast members getting their official releases. Juelz’s LHHNY co-star Mendeecees Harris is scheduled for release on November 28th, 2020, after getting a year shaved from his sentence. And their LHHATL compatriot Scrapp Deleon will be officially out on January 20, 2021, though he’s eligible for parole earlier than that.