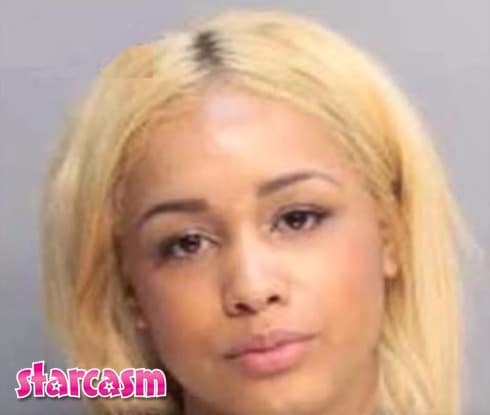 The number of Love & Hip Hop cast members who’ve had run-ins with the law has been well-documented. In the past year alone, we’ve been introduced to LHHATL’s Lovely Mimi, whose rap sheet includes multiple drug trafficking and firearm charges; and to Tommie, whose photo montage of 15 mugshots has become a part of the show’s viral infamy. And the franchise’s two incarcerated cast members–Scrapp DeLeon of LHHATL and Mendeecees Harris of LHHNY–continue to provide plenty of drama from behind bars.

However, the alleged LHHNY Dreamdoll mugshot offers a variant on the show’s tried-and-true formula. While widespread rumors and even a few gossip blogs link Dreamdoll (alias Tabatha Gibbsons) to a 2014 arrest for prostitution in Miami, all the official documentation comes without mug shots. So the only photographic connection between the prostitution arrest stories and the woman supposedly involved is, in a word, tenuous.

Here’s what we do know about the timeline of reporting. Prostitution arrest stories, along with the initial LHHNY Dreamdoll mugshot, first circulated in October of 2016, ahead of her appearance on Season 16 of Bad Girls Club. The woman in that mug shot photo could be said to bear a resemblance to Dreamdoll–but, even with that possibility, Dreamdoll’s real name is said to be Tabatha Robinson, and not Tabatha Gibbsons. (A Google search for “Tabatha Gibbsons” returns only results related to the prostitution arrest.)

Here’s the initial mug shot posting from last year, along with the alleged booking info that accompanied the photo on Mugshots.com: 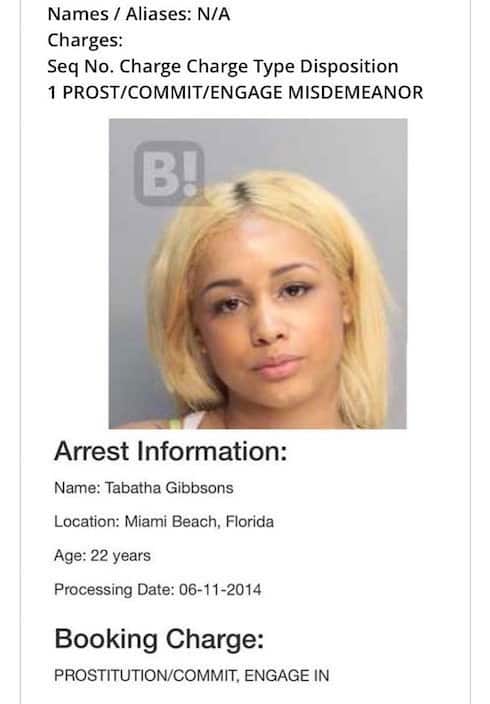 Here’s Tabatha’s official court record, from Miami-Dade County (you might have to squint):

UPDATE – You will note in the screen cap above that the disposition was “nolle pros,” which means that the case was dismissed after the prosecutor decided not to prosecute.

The original article claiming that Tabatha had been arrested for prostitution has since been taken down–and if the comments under the article (which are still visible) are to be believed, the site claiming the prostitution story as fact was facing at least one lawsuit over it. Also worth noting: it looks like a grand total of zero other gossip blogs chose to write about the story as fact.

Additionally, the Mugshots.com listing for Tabatha Gibbsons–middle name “Unique”–has been removed. The two removals could suggest that Tabatha Gibbsons is going about the arduous business of trying to clear her name by paying sites to drop her mugshot and arrest records.

There’s nothing illegal about that practice, nor is it illegal for sites like Mugshots.com to offer it. It’s also possible to have one’s official criminal records either expunged or sealed–Miami-Dade County, where Gibbsons was arrested, offers the same service; it can be expensive and time-consuming, but it can be done.

UPDATE – Here is the full mug shot photo of Tabatha Gibbsons side by side with a screen cap of Dreamdoll during her appearance on Bad Girls Club. You can see that the two women appear to have a very similar right shoulder tattoo: 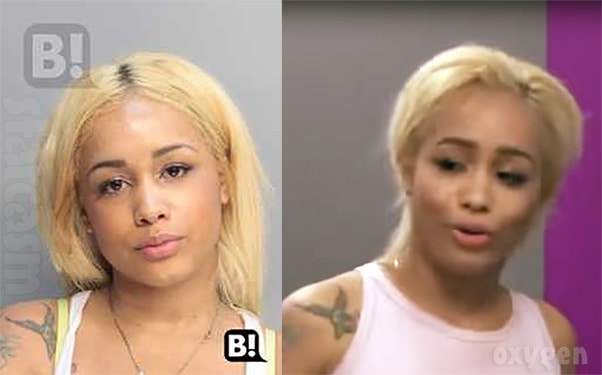 We’ve reached out to Dreamdoll and will update this article when and if we hear back. In the meantime, Love & Hip Hop New York Season 8 continues Monday nights at 8 on VH1.